Parents get help with video game habits in children 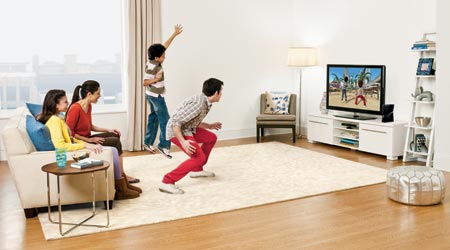 While video game parental control features aren’t the latest thing, a new series of “how to” videos aim to inform parents of what their children are playing.

Released by the Interactive Games and Entertainment Association (iGEA) and hosted by ABC presenter Stephanie Brantz, the videos aim to show how easy it is to switch on parent control features on consoles such as the Nintendo Wii, Sony PlayStation 3, and Microsoft Xbox 360.

The video series can be found on YouTube at this link.

“The parental control features in these devices are a fantastic tool to help parents balance the amount of time children spend playing video games and other activities,” said Brantz. “Parents can also use the password-protected controls to ensure their child only has access to age-appropriate games, whether it’s rated G, PG, M or MA15+.”

Outside of the parental features built into video game systems, the iGEA also recommends that parents be involved and play the video games with their kids, look at what the game is rated, and set up time limits for gaming.