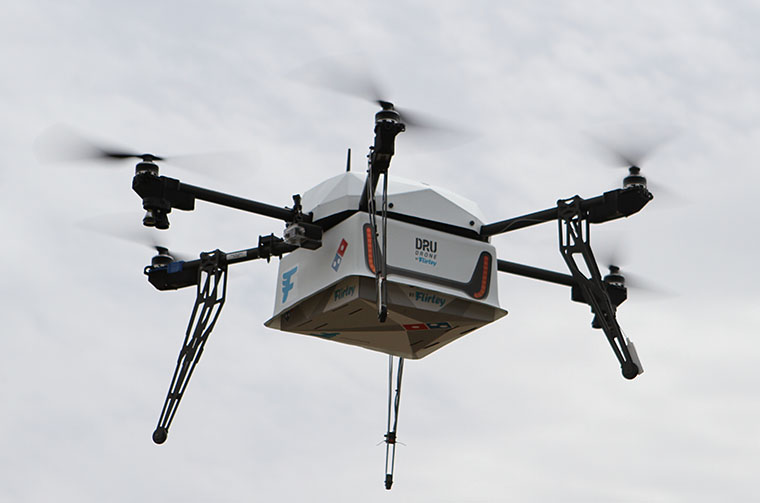 Yesterday Domino’s Pizza announced that at 11:19am New Zealand time “Domino’s and drone delivery partner Flirtey safely delivered the world’s first commercial delivery of food by drone to a customer.” That’s exciting news, except that Russian Pizza company Dodo says that it beat Domino’s by more than two years, delivering its first pizza in June of 2014.

And it points to international news reports as confirmation.

All of which brings up the question: what does “first” really mean? In the opening ceremony of the Rio Olympics it was claimed that a Brazilian (by birth, although he lived in France), Alberto Santos-Dumont, was the first to achieve manned flight. In 1906. Which is bit of a surprise to those of us who thought it was Wilbur and Orville Wright back in 1903. Weird, there are even photos of the Wright brothers’ apparently illusory achievement.

Wilbur and Orville didn’t do it once and give up. They continued refining their craft. On 5 October Wilbur piloted the third version of their aircraft for nearly forty minutes, and travelled forty kilometres.

But nine days later the Fédération Aéronautique International was established in Paris. It set out a list of criteria for the recognition of flights. Apparently the most important was that to qualify, a flight had to be witnessed by some official organisation. Santos-Dumont managed by December 1906 to get his aircraft to fly 220 metres. The all important officials were present. And so Brazil claims this bit of world history, previous flights of forty kilometres be damned.

Which brings us back to flying pizzas.

Domino’s says that its delivery counts and Dodo’s doesn’t. Why? Well, The Domino’s/Flirtey system was quicker and is ongoing, rather than a test. There were more airborne deliveries booked for the same week.

And unlike any previous deliveries, this wasn’t merely a test of operations, this one had Civil Aviation Authority approval. We can be confident that the NZ CAA existed before Dodo’s efforts, although it would not have had jurisdiction.

But perhaps the strongest argument for Domino’s claim is that its delivery was autonomous, whereas others had remote pilots. Domino’s says that its deliveries are “GPS navigated, which means they find the target and lower themselves.” Pilots only perform an “overseeing” function.

As it happens, there had been successful flights even before Wilbur and Orville Wright. What differed with them was that they were pilotless, and so didn’t really count.

Today, when it comes to drone pizza deliveries, its being unpiloted that does count.