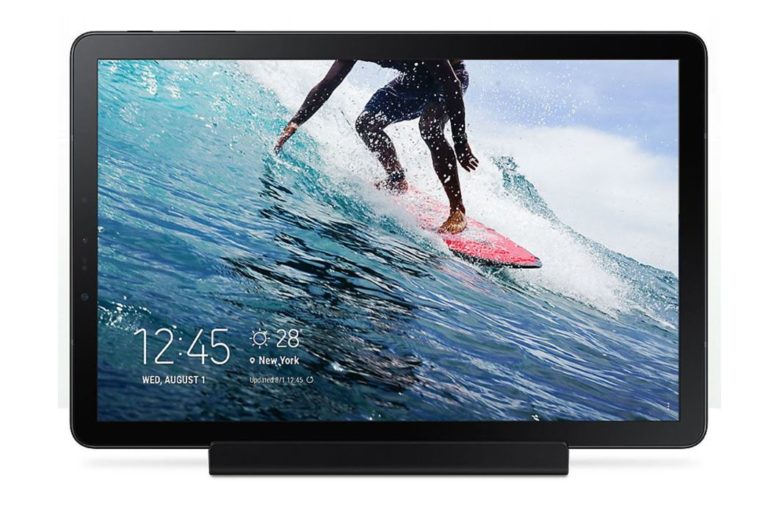 The new premium Samsung Galaxy Tab S4 is a 10.5”, Android O, tablet. It is unique in that is uses a sAMOLED screen and works with Samsung DeX that allows you to bring an Android or Windows desktop to a large screen.

DeX can be a game changer (GadgetGuy review here) in that it brings desktop-like productivity to a tablet. Add to this the S Pen, a powerful Qualcomm 835 processor, all the top-drawer goodies and Dolby Atmos support – it is thew supreme Android tablet.

“At Samsung, we believe tablets play an increasingly important role in making lives easier and improving the mobile experience for everyone,” said DJ Koh, President and CEO of Samsung Electronics.

“With the Galaxy Tab S4, we’re introducing a premium tablet. It has Samsung DeX that helps consumers perform their absolute best wherever they go.”

It also announced the budget conscious  Galaxy Tab A 10.5″.

I am a fan of the Samsung Galaxy Tab series. Have been right from the original drop-dead sexy bronze/coffee Galaxy Tab S in 2014. It is still going strong as a couch companion.

Its Galaxy Tab S2 went back to the boring black glass slab.  But it presented a new take on Android tablets when released in October 2015. It too is still going strong.

The Tab S3 release in October 2017 continued the tradition adding QHD, HDR10, 6,000mAh battery and USB-C. Prophetically I said at the time, “It is not meant to be a laptop replacement. Although I would love to see a DeX dock for this!

Of course, the Galaxy Tab S4 is an upgrade. By reducing bezel sizes, it fits a 10.5 screen into a 9.7” body! And then there is the DeX dock!