Review:
One of the best TVs yet: LG’s 65 inch 4K UHD TV reviewed

A year after several makers showed off their enormous 84 inch Ultra HDTVs, models are appearing which are practical, and even affordable to those who place a high priority on their viewing pleasures.

Aside from what 4K can do for regular viewing, this TV also fixes the one drawback of 3D in LG TVs: reduced resolution.

If 65 inches, or 163.9cm according to the official measurements, isn’t big enough already, LG has made it look even bigger by wrapping around the picture a very thin bezel.

It measures just 10mm at the top and sides, and even at the bottom it’s only 16mm wide. The panel maxes out at 55mm deep, but that’s only at the bottom. Most of it is 35mm deep.

So where do the speakers go?

In a bar that whirs down from the bottom of the TV by about 35mm when it’s switched on. This has four small forwards firing drivers. There’s also a rear-mounted woofer on the body of the TV. If you switch the sound to external speakers then it whirs back up into the TV.

All that makes for an extremely neat looking unit.

One of the TV’s three HDMI inputs supports the Audio Return Channel, so a modern home theatre system can handle all the TV’s sound without the need for additional connections. But there are also optical digital and analogue audio outputs. You can also plug in a component or composite video based device.

But of course modern media inputs are also supported, including streaming video from your network and the Internet via WiFi or Ethernet.

There are three USB sockets, one of them of the USB 3.0 standard for higher performance data transfers. Obviously you can play back media files using these, and you can plug in a hard disk drive for recording and time-shifting live TV.

You don’t need them for a Skype camera, though, because a slide-up camera is provided at the top of the TV.

The TV comes with two redesigned remote controls. The standard IR one is smaller in size than previous LG models, although it still seems to have the full complement of keys.

The Magic remote is now finished in white, and looks much classier for it. This works mostly via RF (the ‘On’ key is infrared) and amongst other things controls an on screen pointer.

This particular implementation was the best yet. It didn’t take much of a shake to get the arrow to appear, and it seemed surprisingly steady on screen, while highly responsive to hand movements.

The TV’s responsiveness is in part due to a powerful twin core CPU.

On first plug-in the 65LA9700 has a step by step guide that walks you through the setup, during which it tunes in your digital TV stations, lets you set up a network connection, does a touch of motion control setup and offers a tutorial on using the Magic remote.

All that worked very smoothly. I used WiFi for the network.

First things first: this is after all a TV.

Initially the picture with free-to-air digital TV seemed a little harsh and noisy, and what should have been smooth gradients of light on close-ups of human faces tended to be a little paint-by-the-numbers-like.

The cause of this was the sharpness control, which was set to half way. Turning this down softened the picture a trifle, but made it much smoother and more natural.

That done, watching free to air digital TV was remarkably good, given the tendency of such a large screen to make the slightest picture defects in the source all too obvious.

While acceptable on the SDTV stations, flipping over to natively shot HDTV, even American football on One HD, really brought the TV to life.

And Blu-ray was a step better.

Nah, only kidding. It was a lot better.

Being naturally of high quality, it actually benefitted from just a little application of the sharpness control. This tightened up the focus without creating visible noise or artefacts.

What was particularly good was the motion smoothing. LG’s previous efforts have only been adequate, but in this TV it was really good, especially on Blu-ray, allowing fine detail to be seen during movement without any visible artefacts being produced.

The 3D was great, though. It has the virtues of passive 3D: virtually eliminating ghosting.

But was without normal loss of resolution in passive 3D because, of course, this TV has twice as many horizontal lines.

Black levels were reasonably good, but there was just a touch of increased brightness at the corners of the screen, and small bright objects on a very dark background tended to have a subtlety glowing halo around them.

LG had popped a USB stick with four two minute 4K video clips. These made for shockingly clear and detailed viewing.

The detail was astonishing. Almost painfully so. It made me pine for real, readily available 4K content.

Having said that, the 4K resolution does allow a noticeable improvement over full HD even with regular Blu-ray content, thanks to that slight distortion-free sharpening ability.

By the way, when you’re watching live TV you can pause or record even without USB storage attached. The TV will use as much of the 5GB internal memory as is available for the purpose. I got it to record an hour of SDTV and a further 18 minutes of HDTV.

There are extensive smart functions built into the TV, most of which work over the network, or indeed the Internet. One of them is Skype, another is a proper Internet browser.

If you plan on using the built in camera extensively for Skype calls, you’ll find the TV is going to work better placed on a low bench, rather than a high one.

Sitting on the couch a couple of metres away and leaving the TV on the usual 600mm bench, my head barely made it onto the bottom of the ‘active’ area.

Another use of the camera is motion control. You can guide an on-screen control by moving your hand, but this is extremely limited. While watching broadcast TV you can control the volume, change channel, switch to a different input and switch off the TV.

That’s it, though. You can’t navigate the smart screens this way.

A bit more useful was the voice recognition function. This interprets your spoken words when searching the TV for content, or filling in text boxes in the Internet browser.

You can’t control the TV with it, unfortunately, but it was nonetheless useful. It did a pretty decent job understanding various names I said, entering them into the Bing search boxes.

Good as the Magic remote is, picking out the letters on the virtual keyboard is still a pain. Better yet: get a cheap wireless mouse/keyboard and plug the USB dongle into the TV. Then use it almost like a computer.

The unit streams media from your network or USB. For a test I put the 4K test clips that LG provided onto my media server and they streamed nicely onto the screen.

Digital photos looked glorious, really taking advantage of the high resolution. Music worked well, and sounded quite good – for a TV. In fact, it sounds quite a bit better than most TVs, but if you’re going for music delivery, use the TV’s connectivity to feed the sound to a separate audio system.

If you have an Android phone you can send pictures it contains – or music and video for that matter – directly to the TV as well.

The TV supports MHL for high quality video sharing from Android devices, plus Miracast to do the same wirelessly even in the absence of a network. And WiDi so the TV can mirror a recent notebook computer’s screen, again wirelessly.

There is a stack of Internet content directly accessible from the ‘Smart’ TV screens. The usual stuff – ABC iView, YouTube, Vimeo, SBS on Demand. Also BigPond TV (you can purchase movies to stream) and for those following the southern code, the AFL Analyser allows you to conveniently relive the highlights of present and past games.

There are also games – lots of them, many for free and some for $0.99. There’s a social sharing system that seem to be proprietary to LG, but no specific Facebook or Twitter apps. Voice searching on those names only brings up things like YouTube clips on how to use those services. But you can, if you like, use them through the Web browser.

Then there’s LG’s 3D world through which you can stream purchased 3D content, such as Disney movies and the like. $6.59 for The Nightmare Before Christmas. $7.69 for Iron Man 3.

I watched a few of the trailors. On my ADSL2+ connection they didn’t look as bad as I’d expected, but the 3D effect wasn’t very powerful and there were clear problems of excessive compression, including reduced resolution.

That isn’t LG’s fault. Internet bandwidth is the bottleneck. The stuff that LG is responsible for is wonderful. 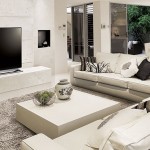 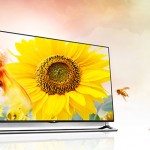 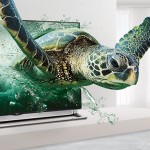 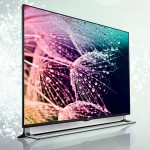 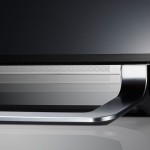 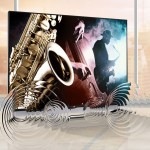 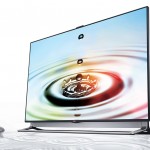 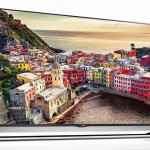 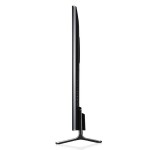 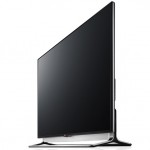 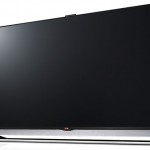 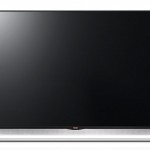 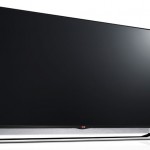