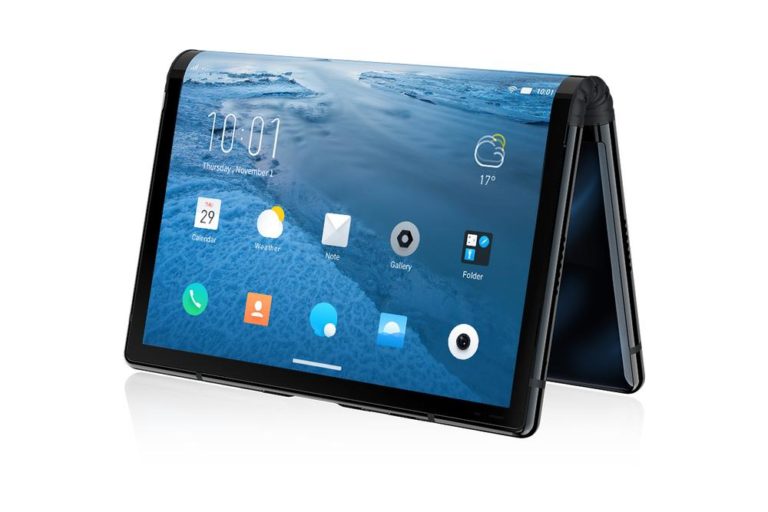 Royole focuses on making flexible OLED that will eventually find its way into clothing, signage, VR/AR, smartphones and more. It was a surprise when it showed a real, able to be bought now, 7.8” foldable smartphone called FlexPai.

You can buy the developers edition (6/128GB) now at US$1,588 although we would caution you against that until you know if it supports Australian LTE bands.

Smartphones have become the primary on-ramp to the internet, especially in Asia. Yet I find that more and more I am using the generous 6.3” Huawei mate 20 Pro for my daily internet fix.

This is an interesting device from a company that Huawei has a heavy investment in. will supply Huawei with a foldable screen for its new 5G device. (artists render above). OPPO is also a substantial investor in , and its foldable phone is expected later this year too.

Samsung is also readying the Galaxy F, and although it is expected to announce it to developers soon, we won’t see in the shops any time soon.

That is because app developers and web designers will need time to add new screen formats to make the best use of the new screen real estate.