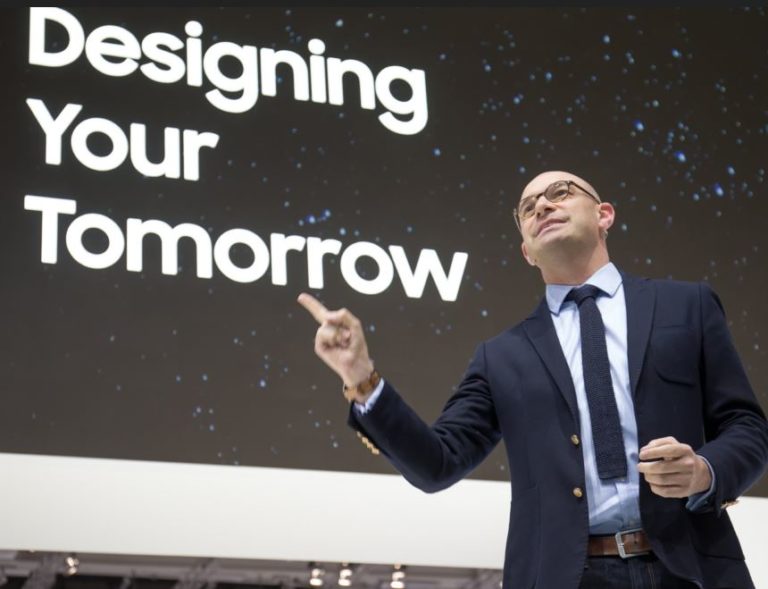 Samsung at IFA 2019, united under the theme of Connected Living, was special as the company celebrates its 50th anniversary or as Samsung puts it – Five decades or Designing your tomorrow.

Samsung at IFA 2019 is a portfolio of innovative solutions and devices as a testament to the company’s continued dedication to optimising consumers’ lives through seamless connectivity and state-of-the-art technologies.

Val Quinn reports on an overview of Samsung at IFA 2019

I guess it is just the sheer scale of both this exhibit and the fact that Samsung has so many devices in so many tech and lifestyle categories that it is hard to know where to start.

Its BESPOKE refrigerators are cute, replaceable door panels that will suit any décor and the tech inside to keep things cold and fresh is impressive. Its different colour variants appeal to the millennials and those that are hip and cool. And the colour coordination externs to other appliances like microwaves too.

But if you look at appliances, Samsung has robot and stick vacuums, air conditioning, washing machines and dryers. I heard that on average every Australian home has 4.6 Samsung branded devices. That is a hard act to follow.

Then there is the massive 146-inch 4K Wall that will look uber-cool if I ever move into an old warehouse with very high ceilings. It is huge! But seriously this self-emitting, micrometre scale LED panel, its AI upscaling, HDR 10+ support and 120Hz refresh rate – is impressive. And you can customise screen size and ratio as well.

And I don’t know if we will see the Serif TV here. It goes beyond being just a simple TV with six colour options to accentuate a room’s interior décor.

And the Note10 to rule them all

Everything connects to the Note10 via Samsung’s Bixby app. But more than that it enables seamless handoff from one device to the next in a real AI home.

And let’s not forget the Samsung Galaxy A90 – a 5G for the masses.

I also got to play with the updated Galaxy Fold and saw how 5G is part of the smart home and smart work of the future. All the initial issues of a folding screen have been addressed, and it is now an impressive fold-out device aimed at maximum multi-tasking efficiency. When open it is a 7.3-inch tablet, and the One UI user interface is flawless, seamlessly taking Android to two screens.

A lot of people may not know, but there is also a third 4.6-inch OLED colour notification screen on the front. You can read more here.