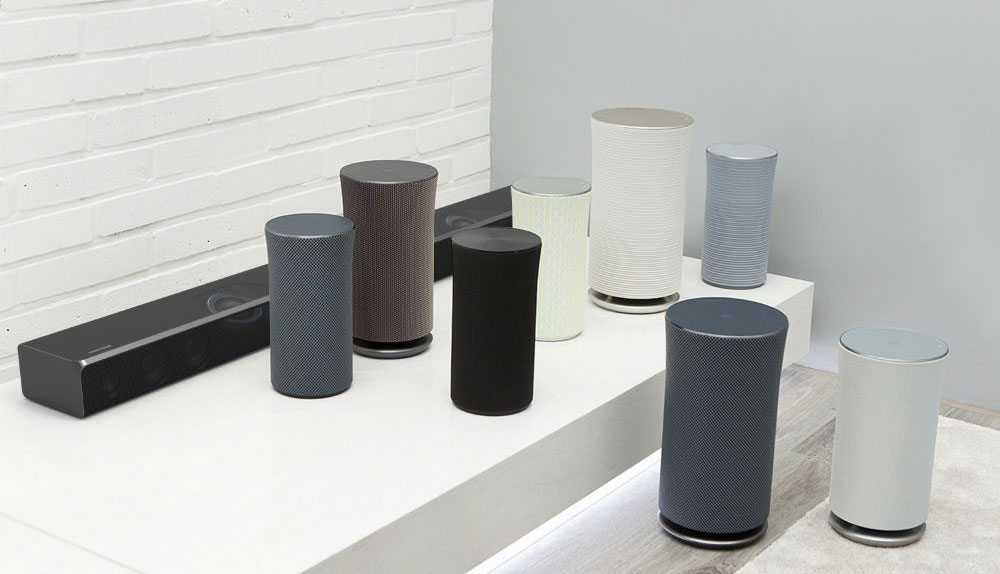 CES hasn’t officially started, but there’s already good news coming out of Vegas for sound enthusiasts, as Samsung talks up a world of Atmos for its surround sound speakers.

A technology that hasn’t quite been picked up by home theatre buffs, Atmos is seen by many as one of two of the next levels of home audio.

You’ve likely seen, heard, and even probably owned some form of a 4.1, 5.1, or 7.1 speaker system in your home before, with the sounds feeling like they come from behind you, but the three dimensional sound technologies that are Dolby Atmos and DTS:X take that concept and allow audio to appear above you, behind you, and essentially all around you.

That’s because the technology is driven by sound engineers placing the sounds in a 3D space, and then sent to your room by way of speakers firing sounds up and around you, with the sound waves bouncing off objects to appear in places around you.

This 3D way of firing the sound makes it more immersive in supported theatres, and it can even come home.

For the past few years, you’ve needed to spend up on a compatible amp and an extra set of speakers if you wanted Atmos or DTS:X technologies in your home, and then needed to find movies released with this set of audio engineering, of which there aren’t all that many.

This year, though, that could change with the release of 4K Blu-ray discs, and that’s good news for owners of the technology.

Even if you don’t own one of these new amps, though, you may find a 2016 soundbar purchase includes the technology, with Samsung announcing that one model in its range will deliver Dolby’s three-dimensional sound to living rooms.

Called the HW-K950, it looks to be Samsung’s new top-tier soundbar system, arriving with two wireless rear speakers able of firing sound up in the air to bounce off the ceiling, working with speakers in the soundbar and a wireless subwoofer to deliver 5.1.4 sound (in this number, 5 is the number of surround speakers, 1 is the number for the subwoofer, and the 4 indicates how many upward facing speakers there are).

“Dolby Atmos has received overwhelming support from major studios and continues to expand into other form factors, including the new Samsung HW-K950 Soundbar, which allows more consumers to bring an unrivalled sound experience into their homes,“ said Doug Darrow, Senior Vice President of Dolby Laboratories.

“Consumers can experience sound that comes alive from all directions, including overhead, to fill their home theatres with astonishing clarity, power, detail and depth,” he said.

While it hasn’t been specifically stated, we suspect the new soundbar will also deliver support for Samsung’s multi-room audio technologies, as it will be joined by new colours and patterns for the existing Samsung R series of speakers, seen in the image above.

“Our 2016 lineup of audio products offers the most immersive sound ever experienced in the home,” said John JY Kim, Vice President of Visual Display Business at Samsung Electronics.

Pricing and availability on this range has yet to be announced, though, especially for Australia. That said, given how Aussie rotations work for TVs and audio equipment, we’d suggest a time frame of around March to May is likely for the release of this one, but we’ll let you know when we have more information.