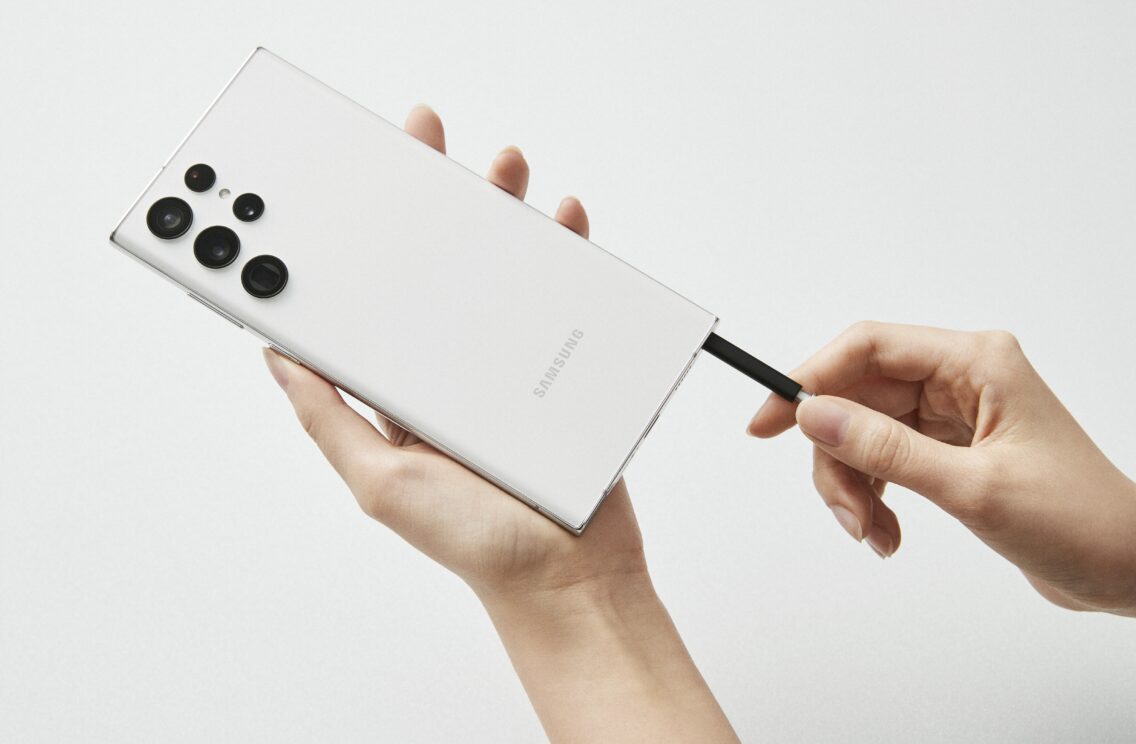 It’s difficult to get excited about yet another slab phone. Other than incremental improvements to the display, camera and processing speeds – is there anything left to do with this form factor? Foldables are clearly the future, giving phone makers a relative blank canvas to innovate exciting new features and use cases.

The S22 Ultra merges the S-Pen equipped Note line and the Galaxy S line together. While some might miss the Note, creating a hybrid device with the S line’s traditionally excellent camera sounds like a good thing. Also, this reduces Samsung’s ‘slab phone’ flagships down to a single yearly release so it can give its foldables a larger runway.

At $2,000 for the 256GB model, even Samsung’s pricing strategy for the S22 Ultra seems to nudge people towards its flagship foldable Galaxy Z Fold 3. While priced at $2,499 you can pick up a Z Fold 3 for $2,049 with a trade in from Samsung, or similar price from online retailers.

The only reason why the S22 Ultra exists is to capture those who aren’t yet ready to make the jump to foldables and to ward off increasing competition from Chinese brands like Oppo and OnePlus. There’s also Google’s own best bang for buck Pixel 6 series to consider, with the flagship Pixel 6 Pro costing just $1,299

With this in mind, does the S22 Ultra do enough to entice?

The 6.8-inch OLED screen is sharp, saturated and smooth, with up to a 120Hz refresh rate and an extremely high peak brightness of 1,750nits (a standard measure of screen brightness). The result is a display that remains visible under any lighting conditions while also giving HDR content a bit more pop thanks to brighter peak highlights.

It’s worth noting that Samsung is still using an 8-bit panel as opposed to the native 10-bit displays that we’ve seen on the likes of the OnePlus 9 Pro and Oppo Find X3 Pro. This means that the screen is limited to 16.7 million colours as opposed to the 1.07 billion colours available on a 10-bit panel. For the price, this is a box that Samsung should’ve checked, but unless you’re comparing screens closely side by side, it’s difficult to notice the difference.

The sides of the 6.8-inch display are gently curved, which adds some aesthetic appeal without leading to accidental screen presses while holding the edges of the phone. The styling adopts the same boxy body and squared off edges that the Note line has been rocking since the Note 10 in 2019.

The most notable physical change is on the rear, where the five camera lenses are no longer housed in a honking hump, and simply poke out of the frosted glass back. It reminds me of the camera ring design from the LG Velvet phone. The new design collects dust and pocket lint very easily and still rocks back and forth when placed on a table. This makes using the S Pen with the phone lying flat on a desk or table a no go unless you slap on a case.

Powering the S22 Ultra is Qualcomm’s Snapdragon 8 Gen 1 chip, which is what you’ll expect to find on most Android flagships released this year. Interestingly, Samsung has opted not to use its own Exynos 2200 chip for the Australian market. While last year’s S21 Ultra offered 12GB of RAM for the base 128GB model, Samsung is reserving this extra memory for the higher storage tier models this time around.

Sadly, there’s no microSD card slot for expandable storage or a headphone jack – features that were a Note line staple.

The S22 Ultra runs Samsung’s OneUI 4.1 which is based on Android 12, but you’ll hardly know it since the software experience is littered with Samsung’s own apps and services. For some reason, Samsung phones still default to the ancient three-button layout for navigation as opposed to the gesture based method that smartphone users have become accustomed to for years. You’ll need to dig deep into the settings to change it.

Similarly, the display’s resolution out of the box is set to the same FHD+ resolution as the step down S22+ and regular S22 models rather than the display’s native QHD+ resolution of 3,088 x 1,440. If people are paying the premium for the larger higher resolution display that the S22 Ultra offers, shouldn’t they be able to see all those pixels on the screen from the outset? Again you’ll need to dive into the settings to change it.

Then there’s the age old Samsung issue of duplicate apps that clutter the user interface and make it downright confusing to use at times. From the jump you’ll be greeted with a Samsung-made alternative of apps and services that Google already includes with Android.

Samsung won’t let you uninstall any of these apps and services either, and in some cases, you’re forced to use them. For example, while you can change your default assistant to be Google’s, Bixby will remain active in the background and will wake up when you hold down the power button. Worse still is that some of Samsung’s apps such as the Galaxy Store are littered with ads.

I expect a much better user experience for a premium smartphone that costs almost $2,000.

I personally prefer to use Samsung’s Internet browser, as Chrome doesn’t support the use of plug-ins such as ad blockers. Samsung Health also offers far more detailed metrics than Google Fit, but again, I should have the choice of what I want to use and have the option of removing things that I don’t.

An area where Samsung outshines the smartphone competition is the integration of the S Pen. Samsung’s been refining the stylus experience on smartphones ever since the release of the original Galaxy Note more than a decade ago. I covered some of the new S Pen features in my recent Galaxy Tab S8+ review which the S22 Ultra inherits.

However, I still feel that the S22 Ultra’s 6.8-inch display simply isn’t large enough and the included S Pen is too thin and small for it to be useful for serious note takers and artists. It makes much more sense on the 7.6-inch Galaxy Z Fold 3 and Samsung’s tablet line where you have a much larger canvas and the included S Pen resembles the size and heft of a traditional pen.

That said, I’d rather have the S Pen on a smartphone than not have it at all and at the very least it doubles as a handy little remote for controlling the camera shutter or scrolling through presentation slides or songs in Spotify.

The S22 Ultra’s camera hardware is largely the same as its predecessor with the focus now on image processing to produce slightly better night, zoom and portrait shots.

Zoom in particular looks surprisingly clear and detailed even as you go beyond the 10x optical zoom while the bokeh effect you get from portrait shots manages tricky details like hair better than any other smartphone camera I’ve tested. It still has a tendency to blur out a little too much of the foreground and I hope Samsung continues to improve this with more updates. 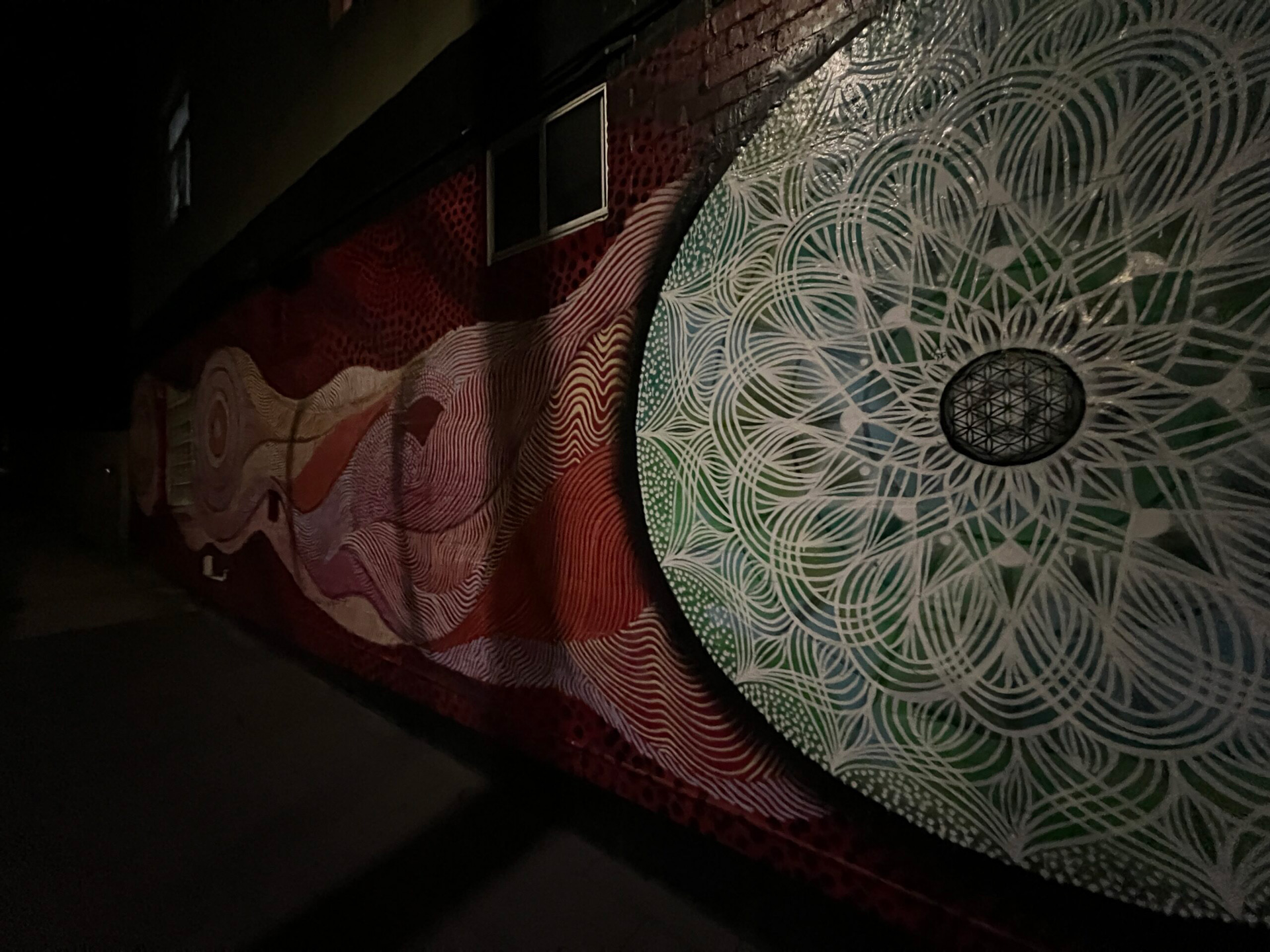 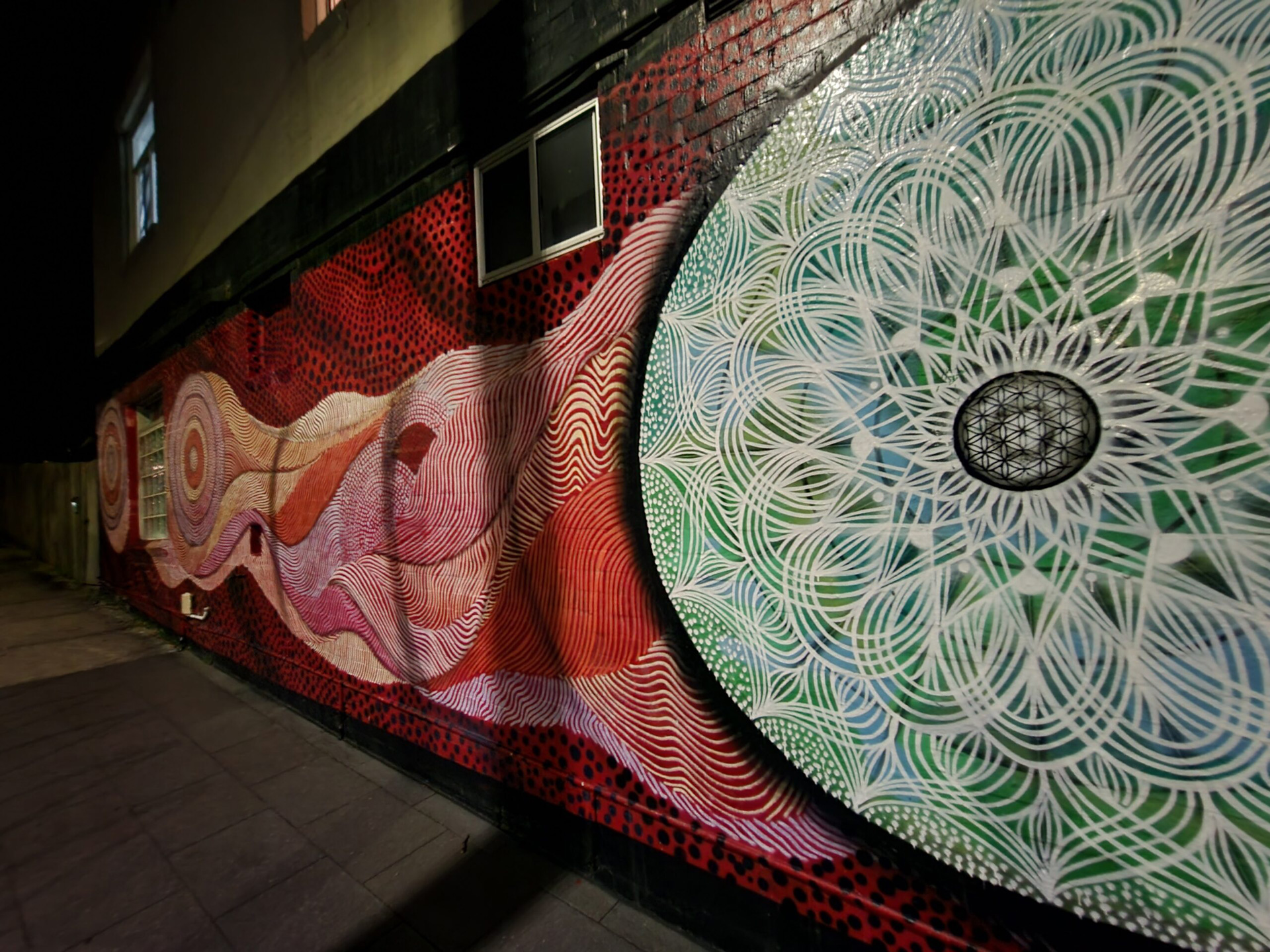 Shots have that bright vibrant Samsung pop to them which I actually prefer over the duller but technically more accurate looking shots from the iPhone 13 Pro. The S22 Ultra’s brighter image processing means it lifts the shadows, allowing you to see more detail in dark areas. The downside is that it has a tendency to blow out the highlights and over expose subjects and environments, which is particularly evident when taking shots outdoors on a sunny day. Night time shots also pull in a bit more detail over its predecessor.

Overall, I like the camera on the S22 Ultra, but it is only a minor improvement over what we got last year and Samsung still has some work to do when it comes to handling exposure.

Battery life really isn’t an issue on the S22 Ultra. Most days I would end up on 40 percent left in the tank. Clearly, the large 5,000mAh battery, adaptive refresh rate display and more efficient chip are doing their bit to extend the S22’s runtime.

Where the S22 Ultra disappoints is in the slow charging. Samsung says that the S22 Ultra supports up to 45W charging for filling up 50% in 20 minutes, but I couldn’t replicate anywhere near those speeds with the two different 45W chargers I tried (both of which support the PPS fast charging standard). In fact, I couldn’t find a meaningful difference in charging speeds between a 45W and a 25W charger. 0 to 100 percent charge took 62 minutes while the 25W charger took 65 minutes.

It’s unlikely that regular consumers will already own a PPS compliant 45W USB-C charger and as Samsung doesn’t include any charger in the box, most people will default to using slower chargers that will yield significantly longer charge times. It’s a notable omission given that the likes of Oppo, Huawei, OnePlus and Realme include significantly faster chargers in the boxes for their top models.

The Galaxy S22 Ultra improves on an already very accomplished package with the S21 Ultra. However, with flagship alternatives from the likes of OnePlus, Oppo and Google offering more for less, as well as Samsung’s own line of compelling foldables to consider, the S22 Ultra is difficult to recommend to all but the most diehard of Note fans.

Samsung Galaxy S22 Ultra
With flagship alternatives from the likes of Oppo, OnePlus and Google offering more for less as well as Samsung's own line of compelling foldables to consider, the S22 Ultra is difficult to recommend to all but the most diehard of Note fans
Features
8.5
Value for money
7
Performance
8
Ease of use
7
Design
8
Positives
Nice hardware design
Outstanding battery life
4 years worth of software updates and 5 years of security updates
Good camera with best in class portrait and zoom modes
Negatives
Samsung software is filled with uninstallable bloatware
Small and thin S Pen awkward to use on a smartphone sized display
Expensive
No microSD card slot or headphone jack
Base model now comes with 4GB less ram than last year's model
No charger included in the box
7.5