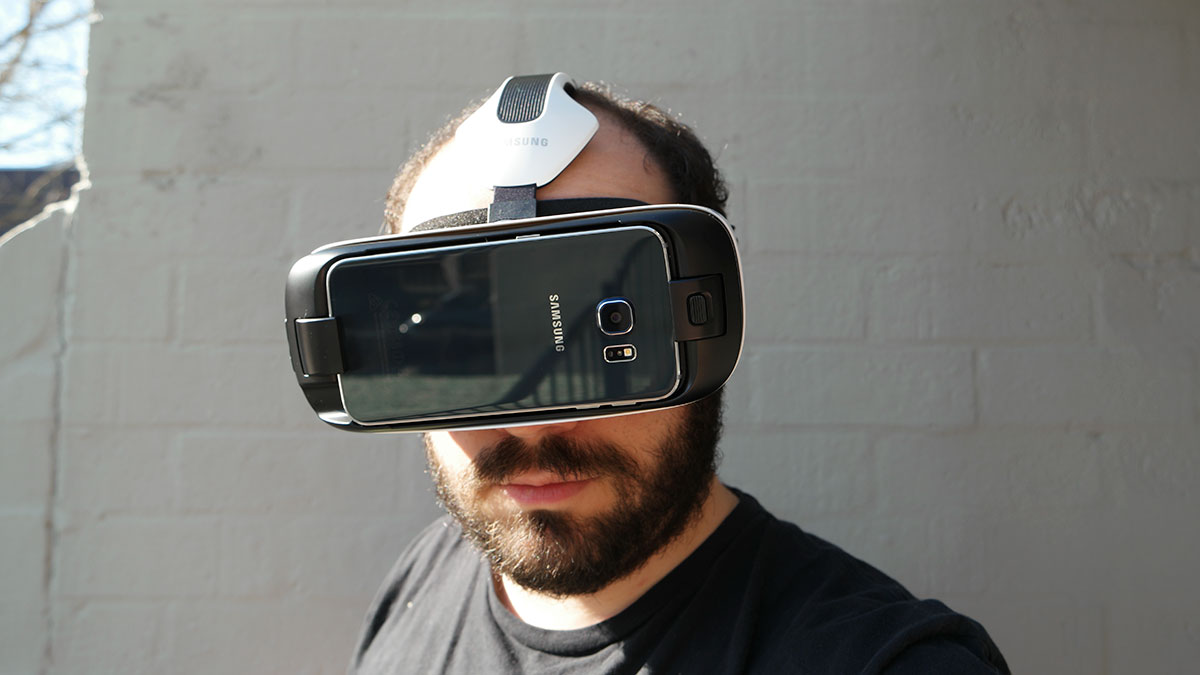 With the upcoming releases of the consumer-ready Oculus Rift and HTC Vive, virtual reality is about ready for use by regular people, not just the early adopters and developers, but Samsung is there now, and if you have an S6 or S6 Edge smartphone, you can see the future anywhere you go.

The second of the Gear VR units, the Gear VR Innovator Edition for Galaxy S6 and S6 Edge is a unique attempt by Samsung to capitalise on the upcoming virtual reality (VR) market by integrating some of Samsung’s already popular mobile phone handsets.

We’ve already mentioned that this is the second model, and this follows Samsung’s first generation product, the Gear VR for Galaxy Note 4 which was a similar product built for the Galaxy Note 4 smartphone released near the end of last year.

Australia was a little late in getting that first Gear VR unit, missing the Christmas 2014 expectation and arriving in March of 2015, but at least with the new model, we’re up there as one of the first places in the world to receive the unit.

That means it’s time for a review, as Samsung lets us take a newly minted edition of the Gear VR for a spin, with this variant designed for owners of the recently released Galaxy S6 and S6 Edge smartphones.

Samsung’s Gear VR is the company’s take on what the virtual reality entertainment platform should be with its compatible smartphones, taking a basic headset with lenses and allowing compatible smartphones to dock in the provided space and turn the screen into something your eyes can focus on through those lenses to take over your world.

It’s not just the screen of the smartphone that needs to be used, though, as the phone is also the computer controlling what happens on screen, as well as the accelerometer revealing your point in the space that the screen is supposed to be plunging you into.

So you need both things, and once the phone is pushed into the dock in the headset, Oculus can be installed and run.

Setup is fairly easy for this: simply follow those instructions, attach the neck band and top headband to do the headset, and when the phone is docked and the Oculus software is installed, the right app will run every time you dock the phone with the supplied microUSB connector, with the Samsung Gear VR home showing off a digital living room complete with Eames chair that you can’t actually touch, and a simple grid based system for you to focus on with a glance, selecting the category, app, or experience with a touch of the touchpad on the right side.

Let’s talk comfort, though, because that’s one of the first differences you’ll see between the S6 variant of the Gear VR and the previous model, the one made for the Galaxy Note 4.

With different sizes of smartphones comes differences in the size of the virtual reality headset Samsung can produce, and because the Galaxy S6 and S6 Edge offer smaller displays at 5.1 inches compared to the 5.7 inch screen on the Galaxy Note 4, the whole unit can take a slight change in design.

This means a diminished size, a slight drop in weight, and less pressure on the bridge of your nose when you wear the Gear VR headset helped by extra foam around this section of the headset, meaning it can be more comfortable for longer periods of time.

Very little about the unit has changed outside of this, though the touchpad now has a little bump to tell you that yes, you’re touching the right section of the headset when you need to control it, which is handy.

Samsung has made some improvements to the diopter, which now appears to go a little further in its wheel adjustment on the top of the headset which should accommodate users with a little worse eyesight than what we saw in use on the Note 4.

Also added is a microUSB port, found on the bottom of the headset which will mean your phone can charge during use, which means you can use the Gear VR over a long flight and not worry about having to take the phone out to charge it, which was a problem on the first generation, especially since battery life was barely three hours on that model.

There’s even a light sensor built into the body, which will switch the screen off to save battery power when light is detected, another way of saying your skin and head isn’t pressed into the headset making the whole sensor go dark.

A cloth bag is now included, too, making it easy to take the Gear VR unit with you, and is a little more useful than the large moulded zip-up case from the Gear VR for Note 4.

Also gone from the original is the plastic cover, which was a waste of time since you always took it off to put a phone in and never really replaced it.

Overall, though, the biggest deal is the decision to make the headset smaller to fit a smaller phone, resulting in a better long term fit, ideal because it won’t hurt as much when you’re watching a movie and playing a game over a long period of time.

Little about how the Gear VR actually functions has changed, however, and this is more or less the same concept as the Note 4 version shrunk to a smaller mobile.

In action, you’re still looking through two lenses to view a 5.1 inch 2560×1440 display cut into two, which ends up showing you two 720p squares on either side.

The screen provided through the headset is a higher quality, too, boasting 577 pixels per inch, which looks great as a mobile phone handset, but can still show pixelation when viewed up close using the lenses of the Gear VR headset.

It’s not enough to diminish the wow factor of using the Gear VR for S6 and S6 Edge, and with the right video experience or game, the fact that you can sit anywhere and be immersed in a totally different world is very, very cool, even if you have to bring your own headphones to complete the immersion, something we had hoped Samsung would have maybe patched into this unit, but that still isn’t here.

The touchpad is still the main way for you to interact in apps and games, pausing videos you’re playing, while a back button above this will take you back to the main menu which still offers reorienting and a passthrough camera.

Volume buttons can still be found on the edge of the display, too, just under where the phone would be docked, putting all the buttons you need in view of your right hand.