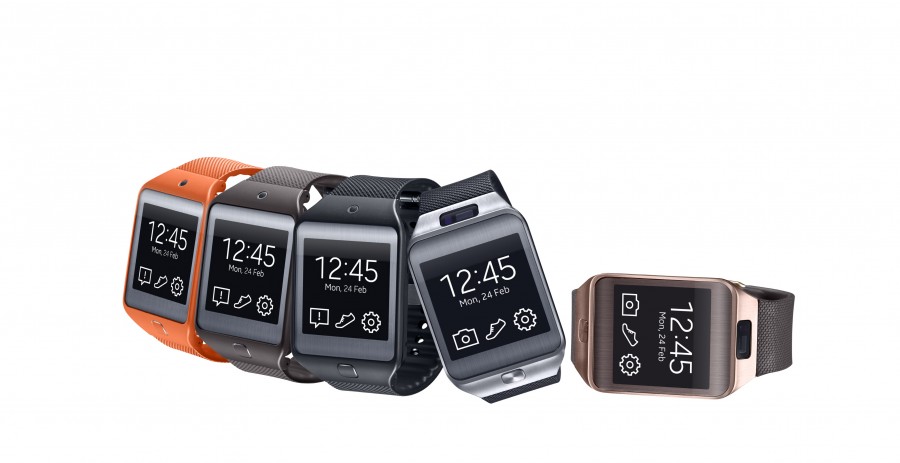 2014 looks to be a big year for wearable technology, and Samsung has fired an early salvo with two new smartwaches – the Gear 2 and Gear 2 Neo.

While Samsung debuted it’s first Smartwatch, the Gear, nearly a year ago, Gear 2 and Gear 2 Neo are intended to give consumers more connectivity and a greater personalisation.

“With the Samsung Gear 2 and Gear 2 Neo, we have enhanced everything consumers love about the Gear to offer unparalleled smart freedom in their everyday life,” said JK Shin, CEO and President of IT & Mobile Division, Samsung Electronics.

Both the Gear and Gear 2 Neo are lighter than the original Galaxy Gear, and the Gear 2 has moved the camera from the band to the watch body, makes it possible to choose and swap between number of different coloured options, rather than being restricted to just one.

The Gear 2 Neo appears to be similar to the Gear 2 in size and functionality, only without a camera option.

In addition to the band colour, the home screen background, clock face and font are also customizable to reflect their personal taste.

Both watches are ‘companion’ devices, meaning that they work in conjunction with Samsung Galaxy smartphones, moving notifications, apps, camera and phone functions to your wrist.

There’s even more app support, such as WatchOn, which enables users to control living-room products like TV and set-top boxes via the embedded IrLED sensor.

The inclusion of a standalone music player with Bluetooth headset means people can leave their smartphone at home and still enjoy their music on the go.

With their on-board accelerometer, gyroscope and heart rate sensor, both the Gear 2 and Gear 2 Neo offer personal fitness coaching in real time, allowing users to develop a customisable fitness routine and heart rate monitoring in order to improve their overall well being.

Lastly, and perhaps most significantly, Samsung has moved away from Android as its wearable operating platform and is now using open sourced Tizen. This opens up possibilities for new apps and developers, but will close some doors as well. How this pans out will become clearer as the year progresses.

The Samsung Gear 2 and Gear 2 Neo will be available around the world starting from April. Australian prices have not yet been announced.