Samsung sparkles with a SodaStream fridge 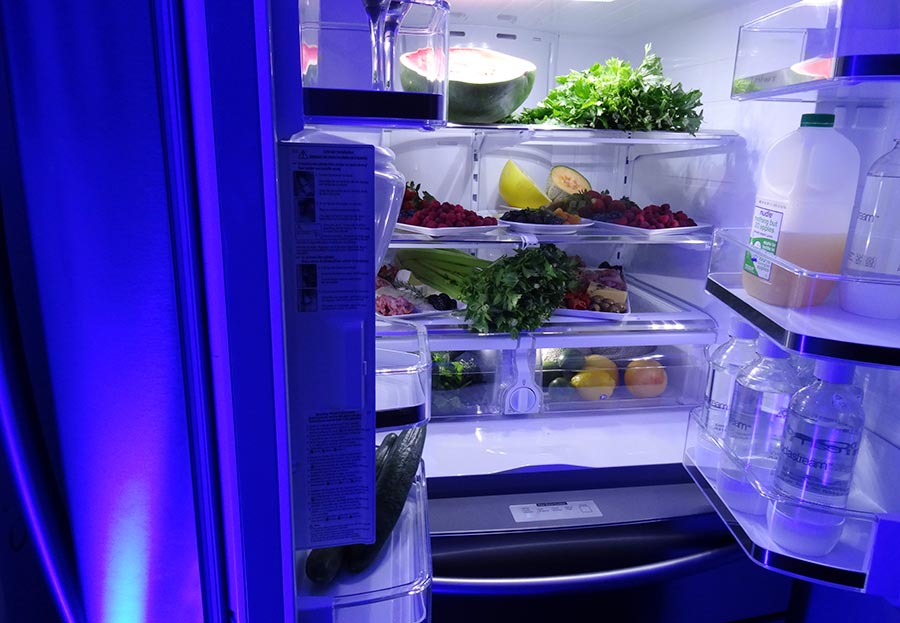 More and more people are drinking sparkling water, so much that while the amount isn’t likely to kill Coca Cola’s stock yet, we now want the stuff to be dispensed from our fridges, which is precisely what Samsung will be delivering soon enough.

Arriving in just a few weeks, Samsung’s “Sparkling,” also known as the SRF890SWLS, is the first fridge in Australia to team up with beverage appliance maker SodaStream, with the result creating a refrigerator capable of delivering not just regular still water, bit also the luxury of carbonated water.

“Our latest four-door refrigerator comes with a water dispenser that conveniently dispenses not only still but sparkling water too so people can enjoy refreshing carbonated water anytime, or be creative and purchase SodaStream syrups, juices or fruit to make colourful, delicious drinks that the whole family can enjoy.”

The fizzy water is now available on demand from this fridge once the SodaStream canister is plugged in (above), as well as still water, and we’re told there’s compatibility for SodaStream’s bottles, making it easy to still use the brand’s cordials for the kids (or yourself) if you so choose.

We don’t recommend trying to carbonate wine from the fridge, as the last time we did this with a SodaStream, the kitchen needed a two hour cleaning job, and we can’t imagine how hard this would be with a fridge.

In any case, the the fridge is now ready for primetime viewing locally, or installing in a home big enough to support it.

The reason we say that is this fridge is massive, featuring two doors, two pull out shelving sections, one of which is a shelf you can store food in for later, while the bottom one acts for the freezer.

A lot of food can be thrown in here, with the French door sparkling water fridge supporting a huge 890 litres, utilising Samsung’s “Space Max” technology for shrinking the walls without losing cooling.

With slimmer insides, there’s more space, meaning more stuff can be stored inside.

Also neat is the cooling technology, which relies on Samsung’s Twin Cooling proprietary design, featuring one compressor, but using two evaporators and two fans, making it possible to have each compartment run at specific temperatures and not have recycled odours.

And for when the warmer seasons arrive, the Sparkling fridge will also be able to make around 4.5 kilograms of ice daily. Sheesh, that’s a lot of ice.

Pricing for Samsung’s Sparkling fridge comes in at $4999 with availability from Harvey Norman on September 1, and while the company wouldn’t say if the SodaStream technology would come to other fridges with lower prices yet, we can only imagine that if this does well, it’s probably on the cards for future lower priced refrigerators.