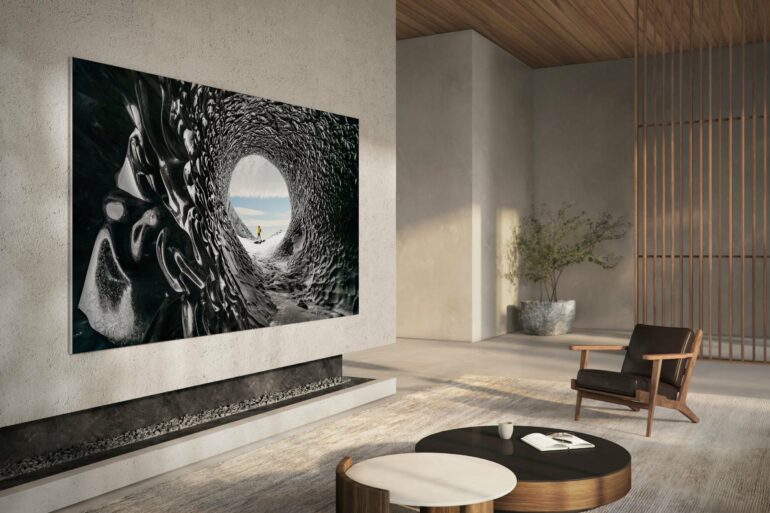 Samsung's MicroLED is for super spenders

As its pinnacle display technology, Samsung MicroLED is hugely impressive, with the potential to change every device with a screen, from desktop monitors to phones and smartwatches. It’s also hugely expensive, and while prices aren’t published (and purchase is via special order only) internet speculation is north of $US100,000.

Still, OLED and 8K used to be eye-wateringly dear tellybox options, so MicroLED is worth following.

It’s good news then, that Samsung has made its 2022 MicroLED displays available in 110, 101, and 89 inch sizes, and equipped them with the signature Art Mode found of its Frame TV. In MicroLED, this includes two exclusive media pieces from noted artist and designer Refik Anadol.

This year’s MicroLED range use 25 million microscopic LEDs to precisely control light, colour and contrast in an image. It also supports 20-bit greyscale depth to provide “over one million steps of brightness and colour levels, delivering a true HDR experience,” according to Samsung. Its MicroLED also expresses 100% of DCI and Adobe RGB colour gamut, for what the company says results in “stunning, lifelike colours”.

Samsung’s MicroLED offerings include top, side and bottom channel speakers for immersive Dolby Atmos sound. The range also comes with the company’s MultiView feature, which allows four different 4K content sources to be viewed simultaneously at up to 120fps.