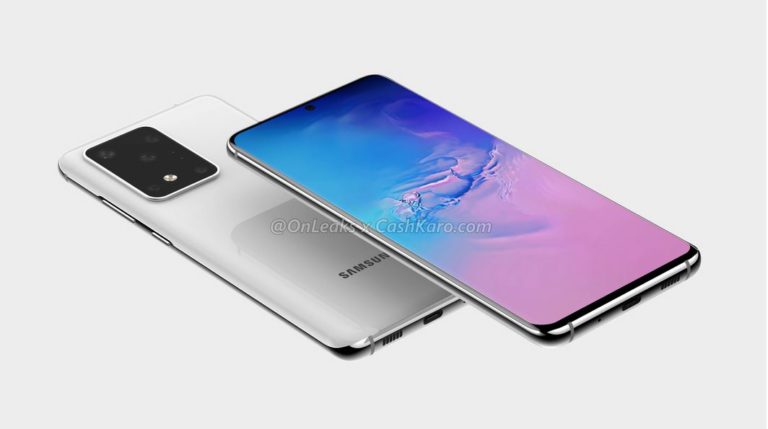 It does not seem so long ago but the mainstream Samsung flagship the Galaxy S10 was released on March 2019. Galaxy S11 leaks indicate it is about 90 ‘sleeps’ away.

We would typically investigate the Galaxy S11 leaks after Christmas but there is a tsunami of leaks that makes this the Android phone to salivate over – to wait for.

Galaxy S11 leaks state there will be at least three versions followed by the nifty Note11 and a slew of A-series phones that should cement Samsung’s supremacy in 2020.

Here are the main Galaxy S11 leaks. We will update this article as we learn more.

Technically, it is a Galaxy S11 but there are indications that Samsung will start from S20 to commemorate the second decade.

Pundits say 18 February but we think the first week of March.

Pretty much the same but I know Samsung would desperately like to have the S11e (economy) version at A$999. The weak Aussie dollar cruels that.

In the centre top, although some suggest that Samsung’s behind the glass camera may be ready. This looks like a full OLED screen that magically turns transparent when you need it – fantasy at this time.

Where to put all those lenses? An update of the Note10 tri-camera specs – probably 64MP but Samsung may surprise with its new 108MP ISOCELL Bright HMX (with pixel binning) married to a tri-aperture shutter.

But pixel binning could be interesting. Google Pixel et al., use a four-to-one binning – functionally a 27MP image. According to the XDA Developers, the code supports nine-to-one or 12MP. Whatever the binning, that means foolproof shots in even very low light.

It is likely to be a 32 or 64MP with pixel binning. But the renders show one ‘hole’, so it is unlikely it will have an IR send and receive sensor – ‘motion sense’ like Pixel 4.

Qualcomm’s SD865 for US markets and Samsung’s Exynos 990 for other markets. Both 7nm, eight-core (2+2+4 cores) chips have similar performance specifications.

The Qualcomm has a standalone (separate) X55 5G (and 3/4G/CDMA) modem and supports mmWave 5G found in the US. That may be reserved for the S11+.

The Exynos has an integrated 5123 modem that supports sub<6GHZ (4GX on steroids and called 5G here) capable of up to 5.1Gbps in sub<6GHz and 3Gbps in 4GX (but no Australian carrier offers that level of carrier aggregation so expect 1-2Gbps).

The GPU difference is the Qualcomm has an Adreno 650 and the Exynos has a Mali-G11 MP11 GPU.

But the significant improvement over the S10-series will be a claimed 25% increase in power efficiency meaning even better battery life.

Why two chips? It is mainly about what markets want and licencing costs. The Exynos will get over the US Trade Entities ban for selling this device in China. And we know that Samsung and Qualcomm collaborate closely, so the difference is minimal. But we also know that Samsung’s One UI matches the Exynos capabilities well.

Likely 8GB LPDDR4, 256GB UFS and microSD. We may see the faster LPDDR5x and UFS 3.1 storage in the Exynos version.

GadgetGuy – Why the fuss about the Galaxy S11 leaks?

It is a lot to do with the US Entity List ban on Huawei that, 12 months ago was stating it would overtake Samsung by 2020! Huawei, at least in western markets, without access to Google Android and its Play Store, is dead in the water.

The trade ban gave Samsung the fillip it needed to take several jumps ahead although the development phase for Galaxy S and Note handsets is more like 18-months. Still, it knows that this is its chance to win back Huawei P and Mate users with an incredible camera, powerhouse SoC and Google!

The Galaxy S11 represents cutting edge tech in a package that will work smoothly from day one!

While pundits eschewed the ‘e’ version, it is a terrific way to get into the Galaxy S family only losing the 3D curved screen and perhaps a camera sensor or two.

And take the leaks renders with a pinch of salt – they are best guesses. Or if ‘ If wishes were horses, beggars would ride’ – they would all come true.