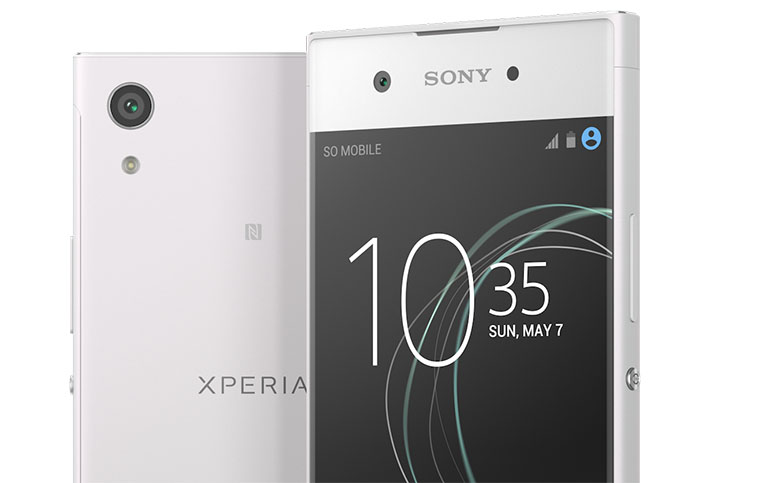 Sony’s newest reasonably-priced phone is available today from Sony and from JB Hi-Fi. Selling for $399, the phone has a five inch HD – 720p – display and a 23 megapixel main camera. It runs a MediaTek Helio P20 octacore processor (4 x 2.3GHz and 4 x 1.6GHz) supported by 3GB of RAM. There’s 32GB of built in storage and you can add a microSD memory card of up to 256GB.

Style-wise it uses a “borderless” display, which means very narrow bezels to the right and left, and by the look of the pictures has curved edges to the Corning Gorilla Glass (version not stated). The phone is 8mm thick. It’s available in black, white, pink or gold.

It is a dual SIM model (I’m guessing that the second SIM uses what would otherwise be the space for the memory card). There’s a 2300mAh battery with a quick charge mode and a “Stamina” mode which reduces power consumption.

I couldn’t see a photo which made it clear whether or not there’s a headphone socket and one isn’t mentioned in the specs, so check that out if it’s important to you. The other connectivity is pretty impressive: USB Type-C for charging, both Miracast and Google Cast for sending stuff to your TV, and Bluetooth 4.2 (with aptX codec support) and NFC. And Cat4/Cat6 LTE.

That 23 megapixel rear camera is 24mm equivalent wide angle and uses an f/2.0 lens and (of course) a Sony Exmore sensor. Video resolution isn’t mentioned so I’d guess that it’s full HD. The front camera is an 8MP f/2.0 unit.

Looks kinda nice, this one.