Telstra sticks Samsung’s Fit wearable on a two year plan, but will it last that long? 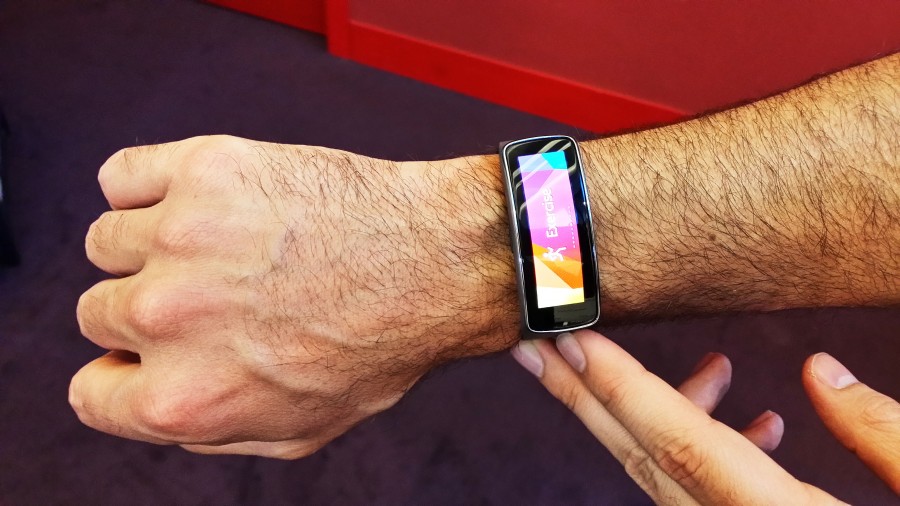 So, Samsung announced availability details for its Galaxy S5 smartphone in Australia this evening. You probably know all that, but did you know Telstra will be doing two year plans for a wearable?

We’re not sure if this is a smart idea or a dumb one, but Telstra has chimed in this evening announcing its own availability information for the other other Galaxy gadgets.

Oh sure, there’s the Galaxy S5 smartphone, and Telstra has that for $12 per month on a $70 plan to start with, or outright for $912 in April (which is less than Samsung’s suggested price), but the S5 was announced alongside Samsung’s other gadgets, namely the Galaxy Gear 2 and Gear 2 Neo watches, as well as the Gear Fit.

Pricing for the Gear watches is pretty standard, with $369 for the camera-equipped Gear 2, and $249 for the camera-less Gear 2 Neo, but if you don’t want the watch and prefer the look of Samsung’s first smartband, the wearable known as the Galaxy Fit, that will be available on a plan.

Specifically, Telstra is telling us the Samsung Gear Fit will be available in store from April 11 for $249, or for $10 per month over 24 months provided you’re on an eligible mobile plan.

As far as we understand it, that’s basically a two year plan for a fitness accessory.

Now we’ve had some experience with fitness bands, though not necessarily Samsung’s one at this point.

In any case, we had the Jawbone Up for a while, and while that was — like the Gear Fit — water and dust resistant, it didn’t like to be used in the shower, and we’ve had problems with it in the past, just like many other people out there.

But maybe the Fit is built even better — it’s totally possible — and with the curved AMOLED screen, it certainly fits the bill for comparing it to a smart watch.

That said, after owning the Pebble for almost a year, we’ll be surprised if it’s in good condition by the end of the second, and we only take this off our wrist at the end of the night.

The point is that two years is a long time, and it’s already hard enough to expect a phone to last this long, so is it plausible to expect a wearable that you’re not supposed to take off to last the same amount of time?

We asked Telstra if it thought the Fit could last two years on a plan, but at the time of of publishing the article, we hadn’t heard back.

Here’s hoping the device can survive two years in use on a person. But if it were us and you were thinking of going down this path, we’d probably buy it outright just in case it breaks well before the two year mark.