The top tech Issues for the United States in 2019 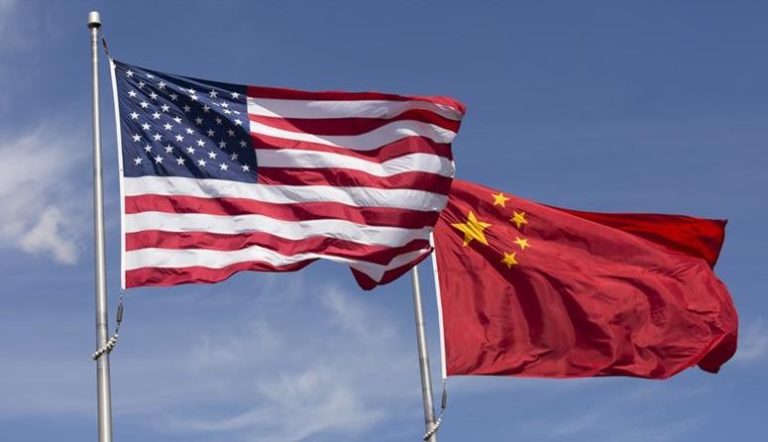 You know, if the US sneezes we Aussies get the flu. So what are the top tech issues for the United States in 2019, and how will that affect us?

GadgetGuy’s senior US correspondent Sam Bocetta, author of some of the more thought-provoking pieces on GadgetGuy, had this to say on the top tech issues for the United States in 2019

Sometimes, I get nostalgic for the times when tech was just … well … tech. Ten years ago, it seemed the biggest problems we had to worry about were iframe containers, Bluetooth protocols, and this new thing called an iPhone.

Today, things are a lot more complicated. As tech has integrated itself into more and more parts of our lives, the questions raised by new technologies (and old ones used in new ways) have implications for the very fabric of our social, legal, and cultural systems.

As a leader in tech adoption, many of these issues have become visible in the US before other countries. As the long Summer comes to an end, therefore, I thought I’d take the chance to look at The top tech Issues for the United States in 2019 and try to predict how these debates will evolve.

2019 has been the year that online privacy (or lack thereof) went mainstream. Early in the year, the California Consumer Privacy Act gave residents in that state comprehensive privacy protection. The act immediately polarised the debate about privacy in the US. Those who want federal-level protection vehemently arguing with those who think that even the California law has gone too far.

It’s also worth noting that the adoption of the act was driven by a grass-roots campaign led by a private businessman, Alastair Mactaggart, who spent more than $3 million of his own money on a petition for such a law. This kind of citizen activism is, in turn, being driven by a hugely increased consciousness about just how much data tech companies collect on their users, and similar concerns about government surveillance programs.

Because of this, 2019 has been a great year for companies who claim to protect their users’ data. Apple has pushed this line in their current ads, and previously niche technologies like VPNs have seen an explosion in usage. One popular Australian provider, NordVPN, has just this month launched a global advertising campaign across the mainstream media, a level of exposure previously unheard of for a VPN provider.

2019 has also been the year that disinformation campaigns became a real part of political discourse. The scene was set back in December 2018, when the Senate Intelligence Committee released a report that showed that more than 30 million users shared state-sponsored Facebook and Instagram posts between 2015 and 2017.

That report seems to have been something of a watershed moment. 2019 has seen governments act directly to protect the integrity of elections, most notably in the recent European Elections, where an industry code of practice was imposed on tech companies.

Alongside governmental initiatives, this year has also included the rise of voluntary initiatives focused on protecting users from fake news. In particular, the NewsGuard project aims to flag sites that repeatedly carry unreliable information, and encourages brands to avoid advertising on them.

Looking ahead, the path is less clear. While there is a broad acceptance – among the public, politicians, and even tech leaders – that some form of regulation is now required to limit the damage of misinformation, no-one can agree on what form this will take.

As of late 2019, the debate is still dominated by the white paper released by Senator Mark Warner from Virginia, who argues that it is the responsibility of social media companies to identify and shut down these campaigns. In the (almost) total absence of other ideas, this seems likely to be the way that legislation will progress into 2020.

This year, diplomatic and economic relationships between the US and China have rapidly soured. It’s instructive to look back to early 2018 when the extent of the argument was about (mild) import tariffs on Chinese goods. That debate now seems petty in comparison to the events of 2019.

These have been driven by an increasing appreciation of the national security implications of Chinese-built tech, and the increasingly hostile ‘trade war’ that Trump is pursuing. This year has seen Huawei banned from participating in the 5G rollout in Australia, New Zealand, the US, and the UK, over concerns that this would allow the Chinese government to collect data on citizens in those countries.

Another important consideration for the coming year is the increased willingness of authoritarian governments to conduct cyber-attacks on their own citizens. This has been seen most clearly in the Chinese attack on ‘Telegram’ during the ongoing Hong Kong protests. It is an unwelcome new factor for tech developers: we’ve grown used to hardening apps and sites against the occasional hacker, but it seems we now have to design them to be government-proof as well.

China is also at the forefront of a new wave of protectionism in the tech sector – Made in China 2025. This points to the same realisation that led to the Huawei scandal: governments realise that tech has massive security implications, and so are taking steps to limit its growth and proliferation. The EU passed legislation this year that limited foreign acquisition of tech start-ups in the continent, and the US is considering export controls on AI and VR technologies.

Though it’s always hard to predict the future, one thing seems certain: these debates are not going away, and they are more complex than ever before. 2020 is likely to bring new legislation in the US, perhaps even on a federal level, to give consumers privacy protection. It is also likely to see a huge increase in consumer-level privacy technologies such as VPNs, TOR, and secure email providers.

There will also be and meaningful discussion on AI (will it mean the end of our jobs), Cloud (security), Digital transformation (versus bricks and mortar) and use of personal data in shaping the US.

It will also, hopefully, bring much more discussion of these issues. Though none appear amenable to simple solutions, the increased level of chatter in the mainstream media can only be a good thing.

The Australian government has not been asleep at the wheel either. One could argue that it was Australia’s 5G research about Huawei that caught the eyes of the US legislature and the rest of the five/nine/fourteen eyes countries that share intelligence.

It has beefed up the Privacy Act 2019 to cover a huge range of personal issues – credit, medical financial and most importantly ‘data matching’ – building personal profiles from disparate sources. This is precisely what Facebook does to supplement its user profiles with thousands of on-line apps that gather location, preferences, search history, shopping – Bad Facebook.

On another front is its Digital Platform Inquiry which is ostensibly about a near-monopoly competition from Facebook, Amazon, Apple, Netflix, Google (FAANG) et al. over local news and content. But hidden in that on page 373 of the report is Chapter 7: Digital platforms and consumers.

It focusses on the key questions relevant to consumer protection. Are consumers well informed and can consumers make informed and free choices about how digital platforms collect, use and disclose their personal information and user data?

As ACCC Chairman Rod Simms (gotta love that straight-shooting guy) “The collection of user data is central to the business model of most advertiser-funded platforms.”

He adds that the ACCC’s view is that few consumers are fully informed of, fully understand, or effectively control, the scope of data collected and the bargain they make with digital platforms when they sign up for, or use, their services.

Sam’s opinion pieces are always well researched, well written and thought-provoking. His key message is that privacy and security issues will not go away fast. They will need a concerted effort by all governments to represent the people against big tech.

In short, expect this Digital Platform Inquiry to shake the very framework that allow the tech giants to legally and flagrantly abuse your privacy. Let’s see if can be tightened to the point where they have to change business models to operate lawfully or face the consequences. You can read Simms 42-page executive summary – its excellent.

The GadgetGuy team’s favourite tech of 2021