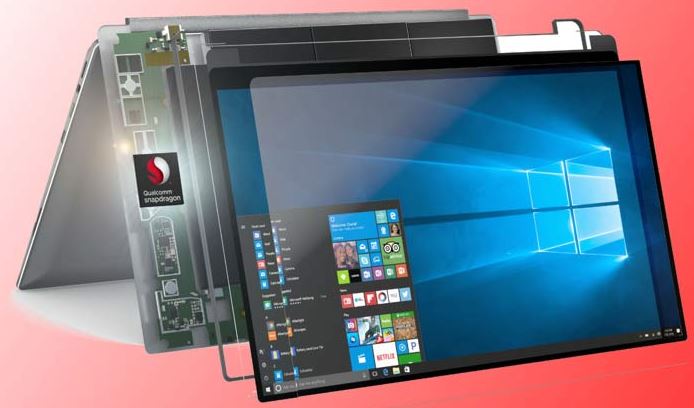 What will power your next smartphone or PC has not been an issue until now. Smartphone = ARM and iOS or Android. Desktop/laptop = Intel/AMD and Windows 10 or MacOS. Apologies to any obscure processor or OS we have not mentioned.

And Windows on ARM (WOA) is about to go mainstream with Windows 10X and full 32 and 64-bit program emulation.

Are these times of wonder or confusion? A little of both especially in the Apple domain.

That is explainable as MediaTek’s volume is in the lower-priced SoCs where some 85% of all smartphone sales – thanks to COVID – are below A$699. Qualcomm did amazingly well in the growing and more profitable 5G market with its SD690G, SD765G, SD865G/+ and 5G modems. (Update 5/1/21 – Qualcomm has announced a new SD480 5G SoC in direct competition to MediaTek’s Dimensity 5G series).

Step back a few years, and Qualcomm dominated both the high-end and lower-end smart-and-feature phone 4G market too with its SD2XX and SD4XX. It has specialised SoCs for AI, Audio (BT chips), Automotive, Cameras, Networking (Wi-Fi) and more.

Qualcomm has a deserved reputation for innovation, quality, and performance. Like ‘Intel Inside’ you cannot go wrong with Qualcomm.

MediaTek has overcome any customer resistance or brand stigma and offers comparable quality ARM SoCs to Qualcomm, at least in the low-mid-price points.

Suddenly, it is like the Intel versus AMD x86 war over again only in a smartphone. Or is it?

Intel has long been the king of x86 CISC (Complex Instruction Set Computer) Central Processing Units (CPUs) with around 60% to AMDs 40% market share.

AMD has upped its game and designs a comprehensive range of laptop, desktop, and server CPUs. Unlike Intel, it outsources to foundries to fabricate its CPUs.

But here is the spanner. In late 2020 Apple introduced its M1 ARM-powered Macs and MacBooks. Intel-based models will be phased-out in 2021. Intel x86 macOS and app support will likely be phased-out (end-of-life) during 2024.

Using an ARM-based platform allows Apple to converge macOS, iOS, iPadOS, and other OSs into a common one. That is a good thing for Apple as long as its M1 Macs perform as well as Intel Macs. They should. First reports show good synthetic benchmarks, battery life, and fast Rosetta 2 x86 app emulation speeds.

Well before the M1 Mac, we saw experiments with Windows on ARM too (WOA).

Initially, it was the ill-fated Windows RT. But last year saw Microsoft with its Surface Pro X, Samsung with its Galaxy Book2 and Galaxy BookS, Lenovo, ASUS, Acer, HP and others as well. There are a plethora of new models coming using a Qualcomm SD8XX 5G mobile computing platform. And a new version of WOA – Windows 10X.

Windows 10 is a mature, multi-tasking, x86 (Intel/AMD), 32-or-64-bit desktop OS. WOA initially only ran x32 (32-bit) Windows programs, but the Windows 10X x64 emulation is now on developer preview. There is also a new native x64 compiler will make it easy to port x86 apps. Interestingly Windows 10X can run on Apple’s M1 chip (in tests – we are unsure if Apple will allow this).

Chrome OS is a browser-based, Android-based OS that in theory is hardware agnostic. Why? Because it accesses the Chrome OS cloud for so much of what it does. It does not need uber-powerful hardware in the laptop.

While Chrome has generally run on x86 hardware from Acer, ASUS, HP, Lenovo, Samsung and more, there are ARM-based Chromebooks. ARM-based has better battery life, lower thermal issues, and as Apple has shown, can be as powerful as mainstream x86 chips.

But these tend to use older, slower and hotter ARM chips like MediaTek MT8173/8183/8192C or Rockchip RK3399. New models are just starting to use smartphone chips like the MediaTek Helio P-series, and some will use Qualcomm or MediaTek 7nm or thinner smartphone designs.

We would not write Chrome OS off yet. It could offer better Android app support and cost benefits over ARM Windows 10X and MacOS.

And we would not be surprised to see Windows Edge (Chromium) Browser emerge as a Cloud-based computing browser either. Or Window and Android to merge paths. All it takes is mobile data or Wi-Fi data to use cloud computing, and that is becoming more ubiquitous.

What will power your next smartphone or PC?

It is unlikely that we will see the inanity of ARM SoC wars to win market share dominance as each designer has a niche market. MediaTek will dominate the low-to-mid market, and Qualcomm will dominate 5G and the higher-end markets.

MediaTek has a bit of a struggle in gaining a footing in Qualcomm’s prestige mind-space. You see it easier for the market leader to sell lower-speed chips than vice versa.

It does not look good for Intel’s or AMD’s balance sheets if ARM chips challenge the traditional x86 desktop market.

Interestingly Intel designs and fabricates ARM chips for other vendors. Intel has the expertise, but perhaps not the will, to go ARM. It seems to stick with x86 for its PC offerings. It is doing some interesting things with its low-end x86 Celeron N4020, 64-bit, 6W, Wi-Fi AC, BT 5x, fan-less processor to counter some ARM chips.

In the Windows world, we suspect we will see x86 dominate the desktop for many more years. Microsoft cannot afford to alienate its billions of happy Windows 10 users with support for older PCs and laptops going back more than a decade.

Microsoft will take it slowly and let WOA/Windows 10X mature beside Windows. Ultimately 10X will overtake X86 and the latter retired. If done well (no performance or capabilities trade-offs), it should not substantially change the 90/10 Windows/Mac+M1OS equation.

Nor will it change the Android/iOS equation.

Just expect to see more choice based around battery life and portability.