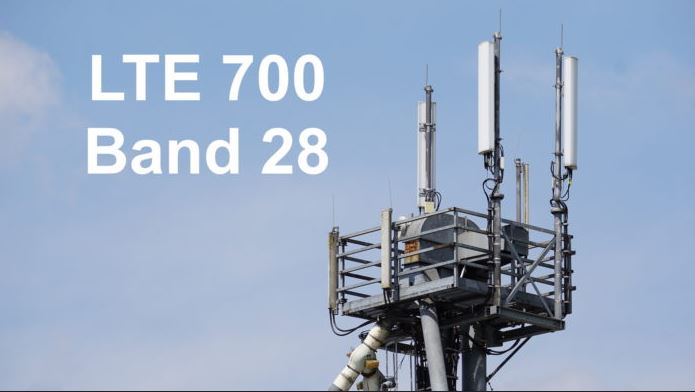 In Australia Band 28 is the most important of all 4G bands. It is amazing how few grey-market smartphones and modems/routers have it.

Band 28 was for analogue TV transmission in Australia, New Zealand, and some Asia-Pacific areas. It is it now the main Australian 4G band.

But the situation is getting worse as we move to 5G. First, Band 28 is not in the major markets of the US, China, India, Russia, much of Europe and Asia. Second, it is one of the easily sacrificed Bands to get more 5G frequencies. As such there is talk of ‘re-farming’ it to 5G use – driving a wedge between the 4G and 5G world. That explains why most grey market phones from these regions generally don’t have it. If you buy a 5G phone then Band 28 is vital or you will spend most of your time on 3G!

Band 28 can transmit far further (typically 20km – 1.2x as far as band 5/850Mhz) and through more solid objects than the higher frequency bands. It is generally the only band you can reliably get inside a house or building. If it does not have it then that means only 3G coverage and very poor data speeds.

“It provides greater coverage and in many areas of Australia, the only Telstra 4G frequency band in use at all. If you buy a 4G device without Band 28, it will have very limited coverage.”

It is is the backbone of the Telstra 4G network. Via Carrier Aggregation (CA) Telstra combines 20 MHz of Band 28 (700MHz) and 20 MHz of Band 3 (1.8GHz) for up to 150Mbps 4GX data speeds. Most Telstra MVNOs (Mobile Virtual Network operators like Boost, Woolworths, and Aldi) have access at a 100Mbps cap. Vodafone and many other MVNOs can’t access it.

Optus’s national mobile network backbone is Band 28. But its faster Optus 4G Plus aggregates two 20 MHz Band 40 (2300MHz). 4GP Plus is mainly in CBD areas and not so much in buildings or homes.

Vodafone owns a small slice of it, but it is not in use. It uses Band 5 (850Mhz) for its primary coverage. Due to the slightly higher frequency, its coverage is not as expansive or good inside buildings or regional areas.

Band 28 and 3/4G are still the only ubiquitous networks for a long time to come. And it is the ‘golden frequency’ for inside the home reception.

We reject any device without it, generally from the plethora of Asian makers that want us to review their ‘uncertified’ phones.

How can you tell if you have a Band 28 smartphone?

Most phones have the 4G bands printed on the box. As most grey market phones come shrink-wrapped and often in a white box that may be hard to find.

Network Cell Info Lite (Google Play) will identify the band in use when you insert a sim. It is not definitive as it can only show the band in use at the time. It will generally show Band 28 unless you are on Vodafone (Band 3).

Frequency Check may work if you have the exact model number (usually under Settings>About phone). Unfortunately, there are often multiple results, so check the closest, e.g., D/S is Dual SIM, Locked or Unlocked. Then check ‘Country’.

If you are keen, search Android settings for FCC ID and then search here. If it is in the database, it will list frequencies – you are looking for the frequency range between 703-733 MHz (uplink) and between 758-788 megahertz (downlink). Can’t find it? It is unlikely to have Band 28.