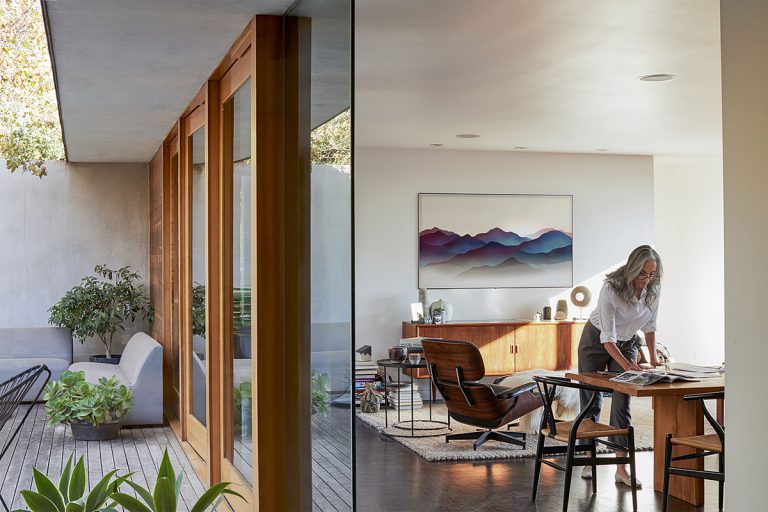 Samsung has showcased its 2018 line up of TVs at an event at the New York Stock Exchange, emphasising larger screen models across its ranges, and improved smarts thanks to Samsung’s Bixby intelligent platform.

The market asks, the market receives

Samsung says that some forty percent of its TV sales revenue in the North American market came from TVs with 65 inch or larger screen sizes. So, this year just about all its ranges include 75 inch models, while its top of the line Q9F model will start at 65 inches, include a 75 inch model and feature an enormous 88 inch unit.

Samsung’s top ranges come under its QLED moniker, and within that are four series. While OLED is the favourite of several competing brands, and remains unrivalled for black levels, Samsung’s QLED is at the top of the pack when it comes to brightness. That said, the top two ranges – Q9F and Q8F, with five models between them – will feature Samsung’s new “Direct Full Array contrast technology”. This, it says, is an “impressive framework of precisely controlled LEDs [which] delivers pristine contrast across all images displayed onscreen”.

Remember, at their heart QLED TVs are highly developed LCD models. Which means that an LCD panel produces the picture by controlling and filtering a backlight. But they can’t block it completely. These days most decent LCD TVs have smart back lighting that is brighter in the bright parts of the image, and darker in the dark parts, but in order to remain thin these lights tend to be around the edges of the screen and use mirrors to send the direct the light. They are, to be blunt, quite imperfect.

Samsung’s language suggests that there will be a grid of LEDs will be behind the panel, allowing much more precise control of the backlight, and improved localisation. At their best, these arrangements can truly rival OLED for black levels.

Readers will be aware of Samsung’s Bixby, a voice controlled intelligent assistant in the mould of Siri, Google Assistant or Amazon Alexa. It rolled out with the Samsung Galaxy S8 phones last year. In theory. In practice, it’ll be interesting to see how well in works in Australia since the voice parts of Bixby are reputed to only work with Korean and American English. Samsung says,

The TV will understand spoken natural language and quickly search for content, and with deep-learning technology, they will continue to learn over time. Through the new SmartThings app, consumers can sync their Galaxy phone to their TV for easier setup and access to functions including program guides, remote control and video sharing between screens.

Presumably Samsung’s TVs will continue to be based on its Tizen operating system, which like Android is part of the Linux family.

Two additional features should improve how the TVs look when they’re not in use. First, there’s “One Invisible Connection”. This combines the electrical power and signal into one Teflon-encased cable. Which means that you can put the panel on the wall and bury the cable that leads from it to the signal and connection box. The signal is probably carried by optical fibre, given that Samsung says it “can transmit AV high capacity data at the speed of light”.

In addition, there’s an “Ambient Mode”. When you’re not watching something, the TV can become an “information hub”, showing weather, news and traffic information. Plus, it will match the colour of the wall it’s against.

Pricing of the new TVs will be announced closer to their launch dates.