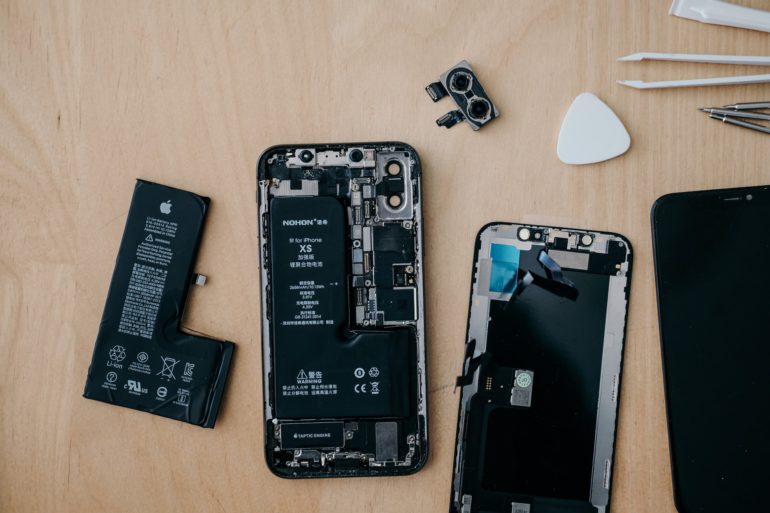 For years, Apple has imposed strict rules on who can fix their phones. Now the Apple, Amazon, Google, and Microsoft cabal are vehemently and covertly opposing Right to Repair.

According to Bloomberg, twenty-seven US states considered Right to Repair bills in 2021. More than half have already been voted down or dismissed. That is primarily due to the powerful Apple, Amazon, Google, and Microsoft cabal that Bloomberg says is all about greed. It wants to sell more products instead of fixing them.

And while the cabal says the right things in Washington, they know that each US State needs to pass the legislation – the critical weak link. Tech companies argue that right-to-repair laws would let pirates rip off intellectual property and expose consumers to security risks. Cabal lobbyists tell lawmakers that unauthorized repair shops could damage batteries, posing a threat of spontaneous combustion – or worse.

Consumer group dismiss this as FUD (fear, uncertainty and deception). It influences perception by disseminating negative and dubious or false information and a manifestation of the appeal to fear.

The message is clear

Consumers want the right to repair. The Apple, Amazon, Google, and Microsoft cabal works covertly via back doors, lobbyists, and trade groups like TechNet. The message is always the same, “Allowing unvetted third parties with access to sensitive diagnostic information, software, tools, and parts would jeopardise the safety and security of consumers’ devices and put consumers at risk for fraud.”

Even a win like the New York Senate passing the Digital Fair Repair Act by 51 to 12, the first Right to Repair bill for consumer electronics to pass through a US state chamber, will likely be defeated by the matching Assembly bill.

iFixit – a major proponent of the right to repair movement – said in a blog, “Don’t get the wrong idea (about the inevitability of defeat in the Assembly) – this is big. This shows that Right to Repair has real support when the issue gets an actual vote, despite the efforts of tech manufacturers’ lobbyists. In passing this bill, the New York Senate proved they are not afraid to stand up to powerful interests by fighting for the rights of all New Yorkers to fix, and truly own, their devices.”

If you are denied the right to repair, can you genuinely say your own the device? If you are held ransom to exorbitant spare parts prices or second party forcing (only able to use ‘approved’ repairers), you should consider a boycott of those devices and buy from companies supporting Right to Repair.

As we wrote back in 2018, the right to repair by third-party repairers should be inalienable.

A very recent report by the Productivity Commission has studied our Right to Repair” and the barriers posed by businesses.

Commissioner Paul Lindwall said that the aim is to make it easier for people to have products fixed at the place of their choice. “One of the things that we want to do is to have a much greater understanding of what your rights are under the consumer laws and to enforce them better.”

Fortunately, in Australia, the ACCC and its relentless consumer rights chair Rod Sims are on top of this. It is considering altering Australian Consumer Law (ACL) to enshrine Right to Repair and, importantly, a reasonable durability period for different product types.

It is ludicrous, for example, that major TV makers offer a one-year warranty and openly state that the consumer must enact any further rights under ACL that can involve a long period of dispute and mediation for an uncertain outcome.