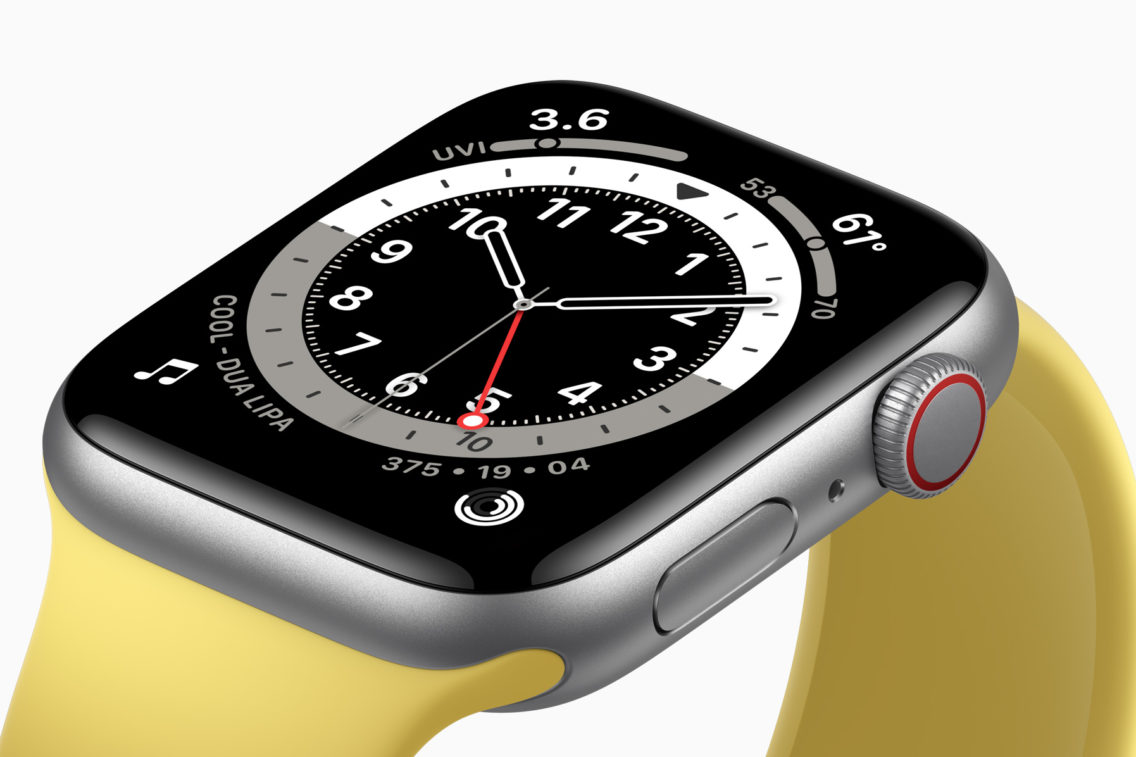 The Apple Watch SE offers great value if you can live without a few high-end health-focused features.
Home
Reviews
Wearables

Apple Watch SE smartwatch – the one to watch (review)

The Apple Watch SE entry-level smartwatch isn’t actually missing much compared to the top-shelf model, making it a tempting option for fitness fans on a budget.

Back when Steve Jobs ruled Apple with an iron fist, he took a one-size-fits-all “iWay or the highway” approach to iGadgets. Thankfully we’ve seen more flexibility from Tim Cook, admittedly in the face of greater competition. Under Cook we’ve seen the release of more affordable Apple gadgets such as the iPad mini, MacBook Air, iPhone SE and now the Apple Watch SE.

Your thoughts on the Apple Watch SE will depend on your previous experience with smartwatches. They’ll also be influenced by how familiar you are with the extra features of the top-of-the-line Apple Watch Series 6.

The OLED screen looks great, but the large 44 mm case can seem a bit cumbersome on your wrist at first. It does grow on you. That extra screen real estate comes in handy when the watch is capable of showing you so much.

At first glance, the biggest sacrifice compared to the Series 6 is the lack of an always-on display. This means you can’t just glance at the watch to check the time. You need to move your wrist to wake the screen.

As someone who wears an old first-generation Fitbit Versa, I’ve already come to terms with that frustration. Compared to the Versa, the Apple Watch SE wakes up much more quickly and doesn’t require nearly as much of a flick of the wrist. It’s so responsive that it’s hard to complain.

That said, you get used to the Apple Watch Series 6’s always-on screen very quickly. If you’ve experienced it, you might not be prepared to forgo it.

Don’t forget, you need an iPhone 6s or later, running iOS 14 or later, to set up the Apple Watch SE.

Also, keep in mind, Apple’s new Family Setup features let you configure an Apple Watch for a family member who doesn’t have an iPhone. Of course, without an iPhone in their pocket, they can’t take advantage of all the watch’s advanced features.

The entry-level Apple Watch SE starts at $429, but the price goes up as you explore the wide range of bands and connectivity options.

The SE model only comes in an aluminium casing in silver, gold or space grey. There is also a fancy Nike model. You miss out on the extra colours and stainless steel or titanium casings available with the Series 6.

Opting for an Apple Watch SE with both GPS and Cellular connectivity adds another $70 to the price tag. In return, the watch is fully independent of your iPhone when making calls, sending texts and connecting to the internet.

To use this, you’ll need to sign up for a separate mobile eSIM plan – no SIM card required.

The cornerstone features of the Apple world are all here and the Apple Watch SE doesn’t feel like a second-class citizen. You’ve also got tight integration with the iPhone when it comes to voice, texts and iOS apps.

One of the key frustrations with the Apple Watch in general is that you can’t receive alerts on both the watch and phone simultaneously. It’s something you could come to terms with over time.

Talking to Siri on the watch can also be hit and miss. She has good days and bad days. Sometimes it’s easier to press the Digital Crown to get her attention.

The Apple Watch SE runs Apple’s latest WatchOS7 operating system and has access to the full range of Apple services like Apple Pay, Apple Music and Apple Fitness+. There’s the option to use Apple Fitness+ in conjunction with the Apple TV so that you can watch workouts on the big screen.

Under the bonnet, the Apple Watch SE is very similar to the old Apple Watch Series 5. So realistically, you’re not missing out on too much.

Like Series 5, the SE has the previous-generation S5 power plant. As a result, it’s about 20% slower than the S6 processor in Series 6. That said, the S5 is no slouch and doesn’t feel slow launching apps.

Perhaps a bigger blow is that the Apple Watch SE lacks the new U1 ultra-wideband chip. Apple says it will “enable short-range wireless location to support new experiences”. For example, ultra-wideband is more precise than Bluetooth when it comes to locating nearby items.

The lack of a U1 chip isn’t likely to bother you today. You might regret it down the track as Apple expands its Find My ecosystem and likely introduces other uses for ultra-wideband.

Displaying notifications from a wide range of apps and services is one of the Apple Watch strengths. But it can also be a weakness. When you first strap on an Apple smartwatch, brace yourself to be bombarded with an onslaught of health and fitness alerts.

Being constantly told to breathe, stand and walk can make a poor first impression if you’re stuck at your desk working to a deadline. So can being told at bedtime that you only need to go for a 15-minute walk to reach your daily goal.

It’s worth taking the time to figure out how to disable unwanted notifications and decide which you really need.

Finding a watch face that suits your style also helps you become more fond of the Apple Watch SE. Especially once you customise the watch face to only show you what you really need to know without overwhelming you with data.

This is the area where Apple’s smartwatches really excel. It’s also the area where the SE sacrifices the most compared to the Series 6, as it is strong on fitness but lacks a few health features. They’re sacrifices that many people could probably live with.

The Apple Watch SE lacks an electric heart sensor and a blood oxygen sensor. Realistically, there isn’t a strong use case for having either in a smartwatch. Not unless you have specific health issues or you’re in a high-risk demographic.

With the Apple Watch SE, you still get access to high and low heart rate notifications. It can track a wide range of exercise routines, count your steps and track your sleep.

The sleep tracking results are rather sparse than other options such as using smartphone apps like Sleep Cycle. Wearing the watch overnight also doesn’t leave much time for charging, especially when the SE doesn’t share the Series 6’s new fast-charge feature.

In terms of health and safety, there’s fall detection and noise monitoring to protect your ears in a noisy environment.

You’ve also got the new always-on altimeter, which might be handy for activities such as hiking and climbing but isn’t a big ticket item.

With the Apple Watch SE offering such great value, many people will see no good reason to spend more on the Apple Watch Series 6. That’s assuming you’re happy with an aluminium case and aren’t looking to splash some cash on a more elegant design.

The Series 6 is clearly the flagship for health, but, realistically, the extra health-centric features won’t benefit most people. The Apple Watch SE is still a fantastic option if you’re more interested in fitness features than health monitoring.

Yes, assuming I was an iPhone user and I was sure I didn’t need the advanced features of the Apple Watch Series 6.