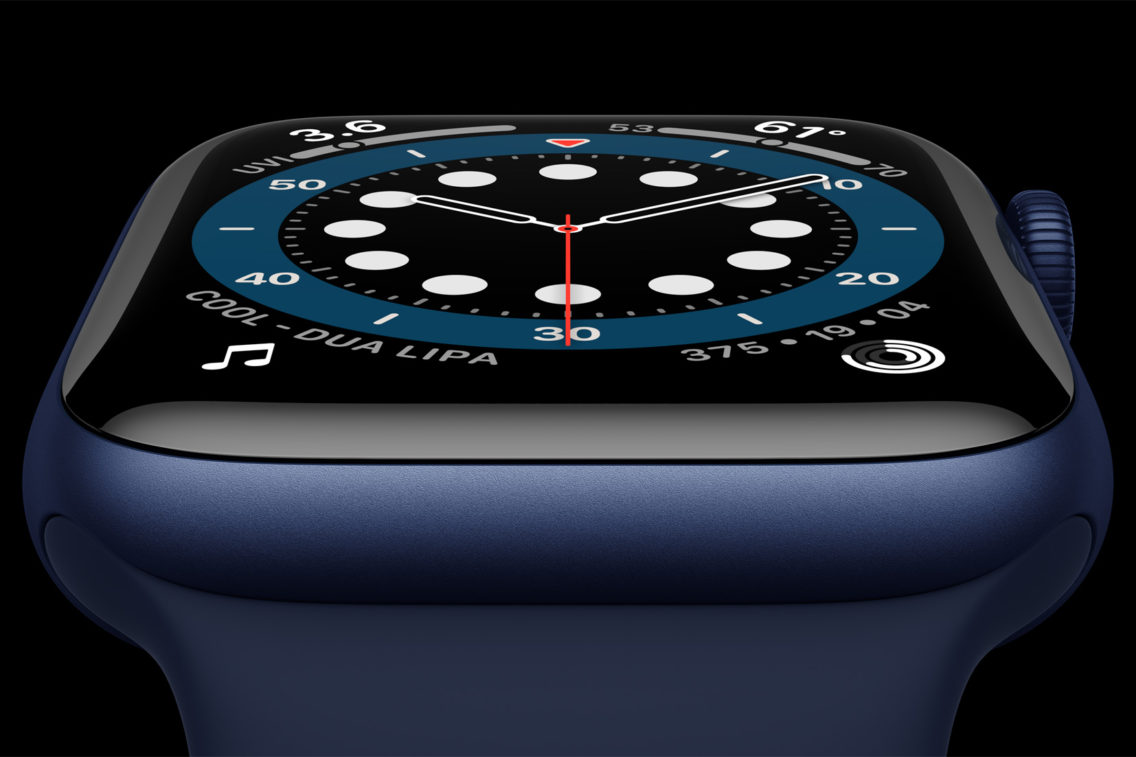 If you’re looking for a smartwatch to keep a close eye on your health, and you’ve already got an iPhone in your pocket, then it might be time to strap an Apple Watch Series 6 on your wrist.

Smartwatches have been around for a few years, and they’ve gone through several phases as they attempt to find their place in the world.

Early smartwatches basically acted as a second screen for your smartphone. Then they started to embrace fitness features, as smartwatches began to encroach on the territory of fitness wearables. The new battleground for smartwatches is health, which is where the Apple Watch is making its stand.

Keep in mind; you need an Apple iPhone to set up the Apple Watch Series 6 – specifically, an iPhone 6s or later, running iOS 14 or later. That said, Apple’s new Family Setup features let you set up an Apple Watch for a family member who doesn’t have an iPhone – such as a child or elderly relative. But without an iPhone at hand they can’t take advantage of everything the watch has to offer.

Your thoughts on the Apple Watch Series 6 will depend on your previous experience with smartwatches. The large 44 mm case can seem a bit cumbersome on your wrist at first. On the plus side, the always-on screen means you can glance at it to see the time, just like an old-school watch.

There’s a bit of a learning curve if you’re new to Apple watches. At first, the health and fitness notifications come thick and fast, reminding you to stand, breathe and walk so often that it’s tempting to test the watch’s aerodynamics out the nearest window.

It takes a while to fine-tune these notifications and also decide which iPhone apps should send alerts to the watch. It also helps to choose and modify the best watch face for your needs to ensure it shows you what you need to know without overwhelming you with data.

The entry-level Apple Watch Series 6 sells for $599, but the price goes up as you explore the wide range of construction materials, bands and connectivity options. The construction material has the largest influence on price. The entry-level models feature a silver, gold, space grey, blue or red aluminium body. Step up to stainless steel, and you can choose from silver, gold or graphite.

At the top of the line is titanium, available in titanium or space black. Then you’ve got the fancy Nike and Hermes models.

Opting for an Apple Watch Series 6 with both GPS and Cellular connectivity adds another $150 to the price. This makes the watch fully independent of your iPhone when making calls, sending texts and connecting to the internet.

To take advantage of this, you’ll need to sign up for a separate mobile plan for the watch. It has a built-in eSIM, so you don’t need to insert a SIM card.

There’s not much to make Apple’s latest smartwatch a worthy upgrade from the Apple Watch Series 5. The always-on display was introduced with the Series 5, dimming when idle but not going completely black. This way, you can glance at it without needing to move your wrist enough to wake the screen. With the Series 6, this always-on display gets much brighter outdoors, making it easier to read in difficult lighting conditions.

Despite this, the battery life remains at 18 hours. The Series 6 does offer faster charging, completing a full charge in under 90 minutes. The always-on display is perhaps the most enticing reason to opt for the Apple Watch Series 6 over the cheaper Apple Watch SE.

Meanwhile, Series 6 packs the new S6 processor. The A13 Bionic chip in the iPhone 11 is up to 20% faster than the S5 processor in the Apple Watch Series 5, and Apple Watch SE watches. This means apps load more quickly, not that this is a major issue on a watch.

Of more interest is the new U1 ultra-wideband chip. Apple says it will “enable short-range wireless location to support new experiences”. For starters, it’s more precise when it comes to locating nearby items than using Bluetooth, which is handy with the expansion of Apple’s Find My ecosystem.

The extra processing power and U1 chip don’t bring a lot to the party today, but they’ll become more useful as Apple adds extra features to make the most of them.

The Apple Watch has featured an electric heart sensor since the Series 4, which can capture electrocardiogram (ECG) heart scans. This feature has recently been enabled in Australia on Series 4, 5 and 6. Apple emphasises that these heart-related health features can’t detect a wide range of conditions, including a heart attack. They are no substitute for medical attention.

When it comes to fitness, the Apple Watch Series 6’s new always-on altimeter is handy for some activities such as hiking and climbing. Again, not a big-ticket item.

If you can live without some of these advanced features, you might consider the Apple Watch SE 2020, which starts at $429 or the old Series 3 is still available from $299.

As someone who wears a Fitbit Versa and owns an iPhone, I found the Apple Watch Series 6 offers many benefits and a few annoyances. The ability to make and receive calls and texts is handy when you have your hands full or you’re driving – especially the ability to dictate texts.

You’ll soon find yourself using these features even if you thought you didn’t need them. It really is like having a phone on your wrist – for better and for worse. Talking to Siri on the watch is more of a mixed bag, as she has good days and bad days. Sometimes she fails to respond, and it’s easier to press the watch’s Digital Crown to get her attention, especially if other Apple gear is within earshot.

I ended up disabling ‘Hey Siri’ on my iPhone while testing the watch, as I never knew which gadget would respond. Occasionally they’d both respond, such as cooking dinner, and I’d frustratingly get a 10-minute timer on each. The Digital Crown’s app menu can be a bit overwhelming at first, but it grows on you. Tweaking the watch’s alerts takes time, as out of the box, the watch can be far too verbose.

One of the key frustrations with the Apple Watch, in general, is that you can’t receive alerts on the watch and phone simultaneously. For example, if your iPhone is locked and you receive a text message, only the watch vibrates and makes a noise. The phone doesn’t react at all. It’s easy to miss the watch’s notification if you’re in the middle of something.

The only way to receive message alerts on both is to disable Wrist Detection, but this cripples many other useful features on the watch.

When it comes to exercise, you’ve got a great range of preset activities to choose from. The watch is also smart enough to notice when you’ve started exercising, such as walking, and ask whether you want to begin tracking.

You might find the preconfigured fitness goals useful or annoying, depending on how much you want the watch to hold your hand. Of course, the more Apple gear you own, the more sense it makes to keep buying Apple gear. The watch makes an Apple Fitness+ subscription more useful if you’ve got an Apple TV 4K for workouts on your television.

While there are a few niggling issues, such as the ability to receive alerts on your watch and phone simultaneously, it’s hard to find much fault with the Apple Watch Series 6. It’s on the expensive side for a smartwatch, but you might not mind if you’d take advantage of its advanced features.

If you want to track your exercise, then more affordable options are more tech agnostic, such as FitBit and Samsung’s range of smartwatches.

There’s no real killer feature that makes the Apple Watch Series 6 stand out from its Apple predecessors. Many of its benefits come from the watchOS7 upgrade, which also goes to earlier watches.

Yes, assuming I was an iPhone user, but only if I was sure I’d take advantage of the advanced features compared to the Apple Watch SE.

Apple Watch Series 6 smart watch
It's on the expensive side for a smartwatch, but you might not mind if you'd take advantage of its advanced features.
Features
10
Value for money
8
Performance
10
Ease of use
9
Design
9
Positives
Brighter always-on display
New designs and colours
Blood oxygen monitor
Negatives
Can't get watch and phone alerts simultaneously
Siri can be temperamental
Not a lot of improvements over other Apple Watches
9.2