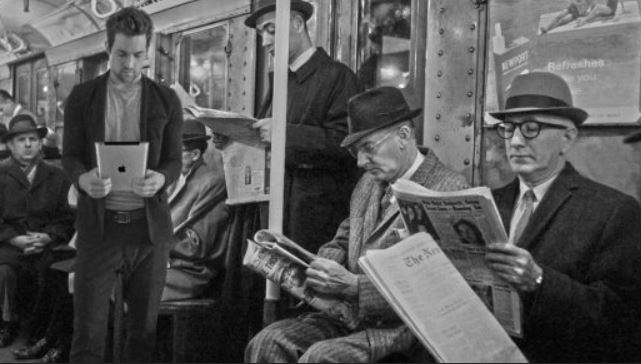 Aussies are spending on average 95 minutes commuting each day, equating to 1.8 billion minutes nationally. 20% use via public transport and time pressures (76%) and loud, annoying passengers (61%) leave them stressed out before the day begins.

Virgin Mobile commissioned research company Lonergan to see what Australians do and how they feel when commuting.

The top five factors that cause Aussies a stressful commute are:

Commuters are increasingly looking to mobile phones to zone out, whether its streaming music (55%), scrolling social feeds (53%) or catching up on the news (53%) –  68% of public transport commuters said it would the commute would be more stressful if they didn’t have their phone.

Virgin Mobile and Smiling Mind have released ‘The Daily Commute’, a free new meditation app for iOS and Android featuring four activities designed to help Aussies on the go ease into their day.

The new meditations encourage Aussie’s to take three to 10 minutes to practice mindfulness as part of their daily commute. Guided meditations include ‘Taking Public Transport’, ‘Walking Mindfully’ and ‘Taking Flight’, while ‘Mindful Mindset’ allows drivers to get centred and set their trip ahead.

“With 7 in 10 Aussies using their mobile phone while commuting on public transport, it’s never been easier to experience the benefits of mindful meditation on the go. Together with Smiling Mind, we developed these new meditations to help busy Aussies be more mindful as they go about their daily life, using their mobile phone as a force for good,” said James Gully, Virgin Mobile CEO.

“We hope this new program gives commuters the calm they need to set them up for success for the day ahead, or help them wind down on the way home,” Gully added.

“Mindfulness can truly be practiced anytime, anywhere through your smartphone. We’ve worked with Virgin Mobile to design modules that are custom made for the commuter journey, putting people in a calm state during their ride and throughout the day,” Dr Addie Wootten, Smiling Mind CEO, said.