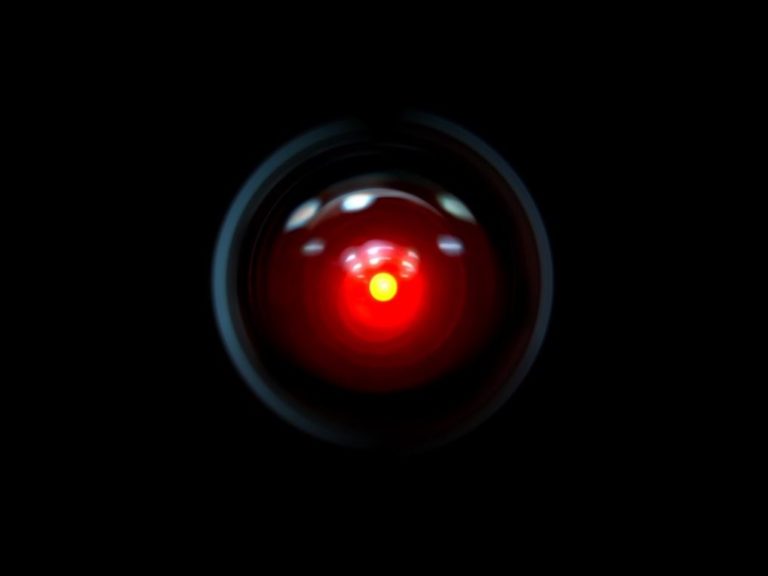 To answer that question, Do tech companies have too much power – the old witty retort, “Is the Pope a Catholic?” comes immediately to mind.

Do tech companies have too much power? Well, do bears shit in the woods?

Let’s start from the simple premise – 90% of personally identifiable data was created in the past two years. Google knows what we search for, Facebook knows what we share, think and feel, and Amazon knows what we buy. This is the tip of the iceberg.

GadgetGuy has been critical of Facebook for its blatant disregard of user privacy in pursuit of the holy advertising dollar.

Now its Google’s turn to face the spotlight.

As I have stated before it is a matter of trust. I do not trust any tech company, but if I must, then I would like to see sensible, hopefully, global legislation that protects user privacy. Call it a digital bill of rights. If a company can work within those then great. If it cannot then good riddance.

I chose to use Windows and Android.

By that choice, I have no alternative but to accept the legalese called an End User Licence Agreement that signs my rights away so these companies can ‘make life easier’. How? By using AI to make my device perform better, voice control, oh, and yes serve micro-targeted advertisements – the real online business model.

Now I am a tech savvy person. I know that in Windows case ShutUp10 will, in one easy click turn on all privacy features (I love this program) and I use Firefox as a browser which is locked down to ensure maximum privacy.

In Android, I go through and switch off every unnecessary app permission.  I wish ShutUpAndroid existed.

The good news is Google’s Android Q will require background apps have explicit permission to track users’ locations. It will also limit access to hardware information (device fingerprinting) and will no longer track ‘affinity’ a.k.a. contacts for your friends. Google will hard sell privacy as a right – just as Apple and Microsoft have.

Back to Google. It would be remiss of GadgetGuy not to report on the latest news there.

First, read our Article on Google Snooping written in May 2018  – nearly a year ago. Oracle, mentioned this week in the news as a privacy crusader, put a submission to the ACCC. The ACCC publicly released all 113 submissions on 4 March.

Oracle’s submission is one of the most controversial and decidedly anti-Google. It is sucking oxygen from the real purpose of the ACCC enquiry – to consider the basis of the necessary legislative framework. Remember that the submissions all push their author’s perspectives – as is their right.

Google also has a 73-page submission which I have read. Here is the gist!

The Internet facilitates increased competition [to traditional media like radio/TV/newspapers] through both professional news sites [like GadgetGuy] and amateur blogger/influencer news from around the world.

The cost of amateur entry is almost nil – anyone can self-publish. Google is an equal opportunity search engine that indexes news subject to algorithms that detect originality and authenticity. It also penalises plagiarism (duplicate content) and fake news by low or no search index rankings.

Google helps more than 1000 Australian and 80,000 global ‘genuine’ publishers to cut through the news static. It supports public interest journalism, and that includes traditional and trusted news sources despite some of these using paywalls to protect content – that simply drives readers to other sites.

When I did my PR degree over 40 years ago, advertising was known as a shotgun approach – a broad splatter of pellets hoping some hit someone. Advertisers would lament, “I know 90% of advertising misses the mark; the problem is that I don’t know which 10% is effective.”

Traditionally profitable sections of print newspapers such as real estate and classifieds, which once offset the cost of researching and reporting quality journalism, now face intense competition from online sites.

At the same time, advertising has evolved. Online advertising provides advertisers with richer tools to reach their target audience and measure the impact of their investment.

‘Richer tools’ is a keyword

Let’s say I wanted to advertise to all the left-handed golfers who drink wine and play regularly at Sydney courses. Google can deliver this. My 90% shotgun miss turns into a 90% sniper hit. And hopefully, my new left-handed corkscrew is of interest to them at the 19th hole!

The problem is that some collect data responsibly and some don’t. And some users could not give a ‘rats’ despite media repeating ‘if a service is free the service is you’.

Google supports smart regulation that reflects trade-offs [information you make available] that in return help society reap the benefits of new technologies, minimise societal costs, and respect fundamental rights [privacy or the right to control how much you disclose].

As the world shrinks – globalisation – we need a single Digital Bill of Rights – not a mismatch of impossibly complex and overlapping rules.

GadgetGuy’s take: Money is the root of all evil

The problem is that technological advancement costs money – big money. Part of that comes from advertising which has always been a legitimate part of the cost of goods or services.

We should rename the ACCC enquiry “Hey, you, get off my cloud” (with apologies to the Rolling Stones). Traditional publishers are defending their turf – except that the grass is much greener on the new digital publishing scene. Traditional advertising placement agencies want to regain the advertising dollar except their offerings are not as good – marketers want micro-targeted.

What the 113 submissions to the ACCC prove beyond doubt that self-interest is top of the list and its easy to create a convenient common enemy to hate – Google.

You must trust someone – but who?

Interestingly, according to Forbes RepTrak most trusted 100 global companies (based on 230,000 surveys)

But that won’t stop us warning users to be cautious online, not to overshare, use products like ShutUp10 and to lock down privacy settings – if they wish.

If any of these companies did abuse trust (as defined in the new online world) by helping to influence elections, sell data, commit cyber snooping etc., then it would spell the end of that company – media would ramp up #DeleteFacebook et al. Hats off to Apple for telling the FBI where to go!

Companies not to trust

Facebook users don’t trust Facebook – fact. Facebook is purely a vehicle to exploit its users, and I hope that when effective global legislation occurs something rises out of its ashes that really helps to connect people in a non-creepy way.

Amazon is has crossed the privacy line with Alexa, Prime services and over 20 other companies it owns totally focused on keeping as much of the consumer dollar in its closed loop. It is not breaking any laws per se, but Amazon’s analytics engine is omnipotent and could be very dangerous without the right legislation.

And there are some newcomers that have not earned trust yet.

Netflix and other content streamers like Disney, Amazon, Apple TV, Stan, Foxtel etc have amazing power harnessing the who, what, when, where and even why we watch. Advertisers salivate at the prospect of getting their message across these channels versus free-to-air.

Twitter has been severely abused spreading fake news and baseless flames. The US House Committee on Ethics is investigating that. In fact, Twitter is the ultimate self-publishing platform – just ask President Don! It is supposed to be a marketplace of ideas.

Telcos have as much power by collecting mobile phone IMEI location (to send and receive calls) and the metadata they collect from calls, SMS and Internet use. Many Telcos sell that data to advertisers like Facebook. Worse still they include Facebook’s app so they can access its data too.

The answer to Do tech companies have too much power is?

The answer is not breaking these behemoths up but providing a regulatory framework which we all agree to and they can work within.

We need a basis for believing that technology will be for our good. And we all need to work together to prevent cybercriminals using it against us.