Eight Months with the Microsoft Surface Pro 4 – Part 2, how it has improved 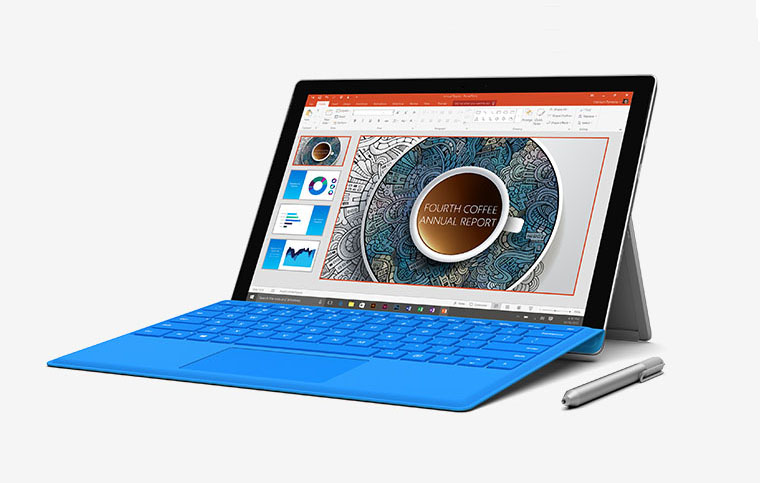 In Part 1 I discussed what a wonderful device the Microsoft Surface Pro 4 is, and why I chose it, and why I selected the basic configuration. And I posed the question, can a product get better than it was when new.

The answer to that is: yes indeed. Let’s see the ways that has happened.

The Microsoft Surface Pro 4 was not as good as I described in the last part out of the box. First, as usual with many devices, it was hard to know what its feature set was, given that there’s no such thing as a manual. I was only vaguely aware of the now invaluable writing to text conversion feature, and couldn’t make it work. It turned out I had to find and install the English (Australian) language package to enable it. That was also required for Cortana.

And then when it did work it was maddeningly inaccurate on some characters. But then it improved, and now it’s extremely reliable.

The Anniversary Edition of Windows 10, released a few weeks ago, has significantly enhanced the utility of the Surface Pro 4, positively inviting me to use the stylus more both for drawing and writing. If I were a decent artist, I could use Photoshop on the Surface to create art rather than merely edit photos.

When I need to reboot the Surface, it does it fast. When I need to really reboot it (it normally leaves the kernel in memory even during a regular shut down), it does that fast as well. The power pack that comes with the Surface (the Dock has its own) is compact, and so it’s easy to bring with me when travelling.

The wireless screen mirroring function works very well with almost all the many devices I use. Microsoft’s own wireless display adaptor for TVs would be the ideal complement for travelling, and I still hold out a dwindling hope for a chance to review one, but apparently Microsoft doesn’t have any available.

In addition to the usual periodic Windows updates, there have been firmware or driver upgrades. Perhaps six or so big ones since I bought the Surface, most recently on 1 September 2016. These are the software components for things that work at the system level, making the hardware work, and the components of the hardware work together. These have been to address particular issues such as the poor handling of sleep (due to the new sleep modes, apparently, of the Skylake series of Intel CPUs used in the Surface Pro 4 and Surface Book). There were moments in the weeks following purchase where my heart spent quite a bit of time in my mouth as the Surface refused to switch on after it had switched itself off. Always these were eventually resolved by holding down the power key long enough, or sometimes combining that with holding down one of the volume keys.

The first time I travelled with it, when I arrived at the destination after only a couple of hours, the battery was three quarters depleted even though the Type Cover had been closed over it in my bag. That was the “hot bag” issue, in which the Surface would unexpectedly wake up while was supposed to be snoozing in your bag, run down the battery and, at the same time, heating up your bag thanks to the unintentional and poorly ventilated power use.

But over time, with new firmware updates, those issues disappeared for me, although I do read occasional reports of others still having them.

Others which had been reported which I haven’t experienced (although I haven’t tested extensively, either) included problems with additional displays, especially using the Surface Dock, and some issues with the display on the Surface itself.

Many people have suggested these problems have also been resolved, although I still see the occasional report.

My Surface used to be afflicted by the task bar flickering on and offer, about two beats a second, for a few seconds up to several minutes for no apparent reason. Since the most recent round of firmware updates I’ve only seen it happen the once, for a short time.

And then there’s Windows Hello, the ability of the Surface Pro to stare at you with its front camera, see you for who you are, and then let you in without having to type a pin or use one of the other sign-in methods.

That works well enough, I suppose, most of the time, although the few seconds it takes when all is going well is not much of a time saver over just whacking in a PIN. If any. Typically, waking up from a sleep of more than an hour or so takes around thirteen seconds, a big chunk of that before Window Hello even gets itself going.

But a lot of the time, all wasn’t going well. Often it didn’t even get to the recognition part, but with getting the camera to switch on at all. I’ve spent, accumulating tens of seconds here, tens of seconds there, a total of hours I’d say, staring at the screen as instructed with nothing happening, only to have the Surface say “Couldn’t turn on the camera. Please sign in with your PIN.” That has often been from a reboot, rather than merely waking up.

And it really was the camera not working. Because after a PIN entry to wake it up, the camera app also reported an error.

My sense is that this problem had also lessened, but not gone away despite several of the firmware upgrade packages containing camera firmware, until the 1 September system firmware update. Since then the camera has activated properly every time.

Although the camera turns on almost all the time now, the recognition has been maddeningly inconsistent. Sometimes after I’ve rebooted (yet again) or woken up the computer, I glance in its general direction after minutes of ignoring it, and it instantly recognises me and lets me in. Cool feature: it even works in the dark!

But on maybe ten per cent of occasions it hates the look of my face and almost instantly says it couldn’t recognise me and tells me to put in my PIN. At yet other times, it waits patiently until it spots a mug it can live with. One time I came into my office first thing in the morning and found the “Looking for you” screen on and the camera indicator lit, and it seemed a lot like it had been sitting there all night waiting for me.

Even this, though, is improving, with greater consistency.

Next time, Part 3: Major disappointments, but have they now been fixed?