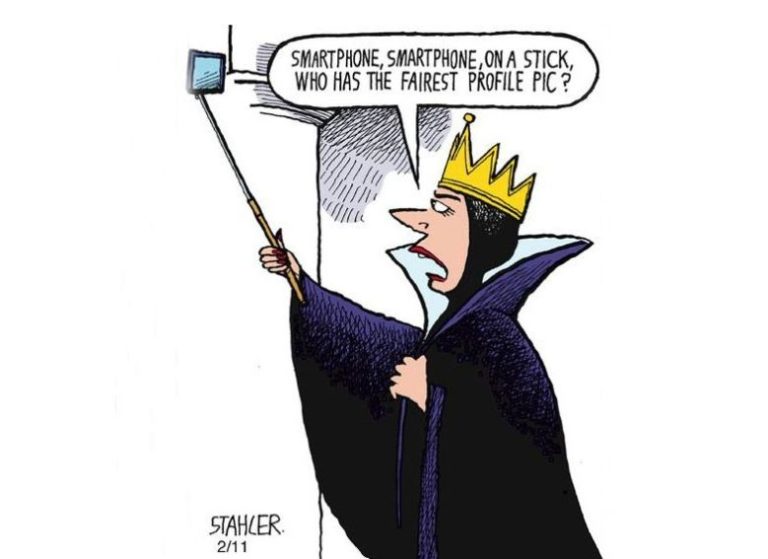 The question everyone asks GadgetGuy is what exciting tech did we see in 2018? Well, smartphones, sorry black glass slabs, were one area we saw the vaguest, most subtle hints of excitement.

We are a review led site – over 240 reviews in the past 12 months. We prod, poke, disassemble and try to review tech from our dear readers, perspective. If it works as promised, it gets a fit-for-purpose review. If it exceeds those promises, then it gets a good review. If the promises are a load of bovine-excrement, it gets a s^%t review (or none).

Evolution as most things are incremental increases from a solid base. Qualcomm and HiSilicon replaced Snapdragon 835 and Kirin 970 Systems-on-a-chip (SoC) by faster, more power efficient, more functional and smaller 845 and 980 SoCs. The innovation here was the addition of neural processing units for on-device AI.

Compromise because you cannot have better, cheaper and faster at the same time. I cannot count the number of times we have said to vendors, “But what if you did this, it would work so much better, faster…” The response is that it would make it uneconomic.

Innovations in 2018 were few. We saw OPPO’sFind X pop-up camera and runner-up Motorola for persevering with its Moto Mods Z series.

Innovation, if there was any, was in software and cloud delivery. 2018 will go down as the year of voice assistants (and every variety of that including toys) and massive IoT clouds to drive them.

There were some excellent smartphones, but almost all were evolutionary.

Samsung for its GalaxyS9/+ and Note9. We got better versions of the S8/+ and Note8 which were class-leading in the first place. Part of the innovation was in Bixby which failed to fly in Australia but it a key part of its SmartThings strategy.

LG gets an honourable mention for its G7 ThinQ and V35/40+ ThinQ. Ditto, I think the mention really goes to its ‘ThinQ’ strategy that will flow throughout all its connected smart devices.

GooglePixel 3 put a lot more effort into its camera software and Google Android Pie proving that a single camera lens/sensor can be as good as two or three. We love the phone and hope to use it as a reference model in 2019. Again innovation here was voice assistant, Google Lens and more AI.

OPPO gets a gong for producing some of the sexiest, fully-featured smartphones at prices way below what we should pay. Its Find X was innovative and sold out quickly. Its latest R17 Pro is superb and offers most flagship features at 2/3rds the price.

Alcatel for being a plucky, entry level, pre-paid king and offering its 1 and 3-series at prices we can all afford. In fact, its $49 1C scored 5-out-of-5 because it did everything a smartphone needs, regardless of price. Alcatel, or its owner TCL with its Blackberry, Palm and TCL brands is the one to watch this year. It is currently Australia’s number three supplier by volume behind Samsung and Apple. Oh, and a major sponsor to the Rabbitohs.

I must also mention Sony XZ2, HTC U12 Plus, and Motorola (e, g and Z series)  that had evolutionary advances on already great products. The problem with evolution is that someone comes along and starts a revolution.

The revolution this year is the Huawei Mate 20 Pro. Three rear cameras, Kirin 980 super SoC, loads of AI and coming from behind despite vicious, concerted and unsubstantiated innuendo against the company. It is the world’s most advanced smartphone until we see what is coming next from Huawei and the major players.

In fact, because of evolution, you can pretty well safely buy any of the 2018 models as they all are better than the 2017 ones.

Of course, we cannot forget Apple.

Apple has its own iOS ecosystem and the days of switching from Android to iOS are long over. It released the iPhone XS, XS Max and lower cost XR.

GadgetGuy Val Quinn in reviewing the XS Max  sums up. “So, is the iPhone XS Max worth the money? That depends on how you’re paying for it, and if having the ‘best’ [Apple iPhone] is worth it to you. It is indeed a very impressive, cutting edge phone that offers just about the best of everything:  looks, performance, camera quality, features, screen,smarts, speakers and more.”

What is wrong with the world? Where are the bold, mad scientists whose whacky ideas stretch the imagination?

Either Jobs was brilliant and so far ahead of his time – yes, he was – or the rest of the world is just plain lazy. Not one smartphone has since beaten Apple’s iconic design and grand plan, yet it too has suffered from a dearth of new thinking. In recent years – evolution – not revolution.

I am not trying to channel Steve Jobs, but I am sure his iPhone of today would have been more than a phone, camera, content player, GPS, and an advertising server.

The phone Steve would have built would have been wearable, probably component based, certainly with innovations like fold/roll out screens and frankly, it would have added more to our lives than to be a vehicle to access Facebook. It would have become indispensable, our very raison d’être.

What I want is to gather the best brains – Bill Gates, Larry Page, J.J Abrams, and Adams, Asimov, Jobs, H.G Wells etc., via channelling – to name a few. After they bury the hatchet– in each other – and imbibe a few fine wines – produce a roadmap for the communicator, replicator, holographic comms, transporter, usable health monitor, and turn science fiction into science fact.

Where is Dr Who’s bloody sonic screwdriver when you need it?

I end with a quote from Douglas Adam’s ‘The Hitch Hiker’s Guide to the Galaxy’ from Marvin, the sour, pessimistic, GPP – Genuine People Personality – robot:

“Having solved all the major mathematical, physical, chemical, biological, sociological, philosophical, etymological, meteorological and psychological problems of the Universe except for his own, three times over, [Marvin] was severely stuck for something to do and had taken up composing short dolorous ditties of no tone, or indeed tune.”

Am I asking too much for the tech giants to stop lusting after the same piece of pie and to bake a new, bigger, better ones?

STOP GOING AFTER THE LOW HANGING FRUIT – START THINKING OUTSIDE THE BOX! (Sorry for those overused clichés).

By the way, this article’s header image is from https://pulptastic.com/these-40-cartoons-perfectly-illustrate-how-smartphones-have-taken-over-our-lives/. It’s definitly worth a read as it shows in comic form how our lives have changed.