Is the Google Tensor Chip real disruption or just a distraction? 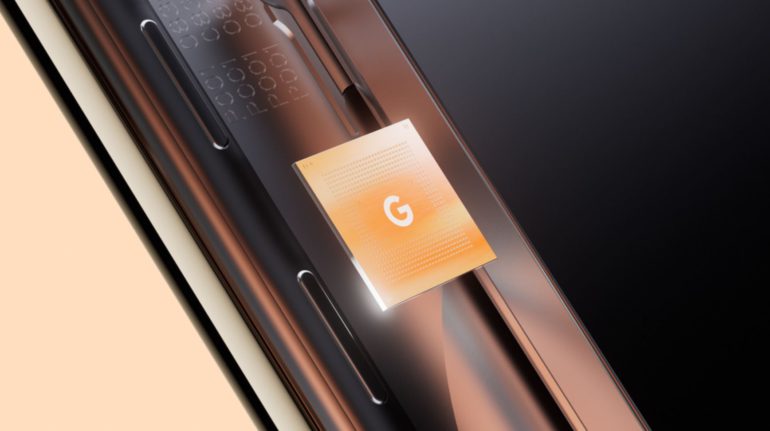 The recent announcement that Google will use its own Google Tensor chips in its Pixel 6/Pro is in itself not epoch-making – no matter what Google says. We ask you to see it for what it likely is. Clever marketing to help save its struggling smartphone business from obscurity. And that’s OK too.

Qualcomm, with its Snapdragon SD4XX to SD8XX series and MediaTek with its Dimensity 700-1200 series, are ARM-based too. The difference is that these companies sell off-the-shelf and custom-designed SoCs to a huge range of smartphone, IoT, automotive, aerospace, transport, utilities and communications customers. 100% of smartphones use ARM architecture chips designed by about a dozen core licensees and a hundred or so foundries/fabricators.

What is a Google Tensor chip?

The Google Tensor 5nm chip was developed with Samsung (Project Whitechapel). Analysts state that Google does not have the expertise, capabilities, ARM designer license or fabrication facilities to make its chip from scratch. Instead, it said to Samsung,” We want these specs/tweaks. Can you do it?”.

Google only states that its Google Tensor is optimised for its AI and ML mobile applications. These include on-device speech recognition, language translations and computational photography. That simply means its AI engine will be faster than the previous Pixel 5 using the Qualcomm SD765G 5th Generation AI engine and Spectra 355 image signal processor.

By comparison, the 2021 flagship Qualcomm SD888 has (approx.) 2X raw CPU performance, 3X faster gaming (GPU), 6th generation AI engine, 3rd gen X60 5G modem, and so much more. Smartphones using this chip start around A$1500, whereas SD765G based ones are about half that.

Those analysts could be right

To put it bluntly, Google Pixel 4a and 5 sales were under three million in 2020 – Pixel 5 sold less than one million. That is a huge drop – COVID aside – from 7.2 million in 2019. It seems that after the Pixel 3, its phones became ‘fan only’ devices.

So, the Google Tensor chip order will be, say, one million units. That is so small that we are surprised Samsung took the order. It is more to do with its symbiotic Google Android relationship. Qualcomm and Mediatek have COVID related raw material supply issues – they would not have been able to make a short run chip for Google.

The fact is that Google Android must run on all ARM-based smartphones or Google risks losing its Android market share dominance (3 billion devices and about 80% of the world’s handsets) to other operating systems like Harmony OS. Losing market share means losing the rivers of gold in the user data that it gathers. Let’s leave whether we trust Google with our data to another article.

Google’s Android 12 will support all the 2021 hardware tweaks that the dozen or so ARM designers have previously advised. It simply means that regardless of the ARM chip under the bonnet, the only real difference is speed – TOPS for AI and GIPS for processors.

We go back to our statement about marketing

Google wants to differentiate the struggling Pixel by promising faster AI and machine processing (than the Pixel 5). It wants to have an air of mystery and superiority that Apple has with its A and M series chips.

No, I am not down on Google. I love the phones and what it does with Pure Google Android which it also develops. These are quintessential Android reference phones to show others what average hardware overlaid with AI can do.

The real truth will come when processor benchmarks show exactly where it fits into the overall mix. For Google’s sake, let’s hope the Google Tensor is mind-blowing, or it may just be the last straw for said camel.

PS -There is an excellent article titled Google’s Path to vertical integration – become Apple or stay Google?. It explores why Google is taking the risk with Google Tensor.