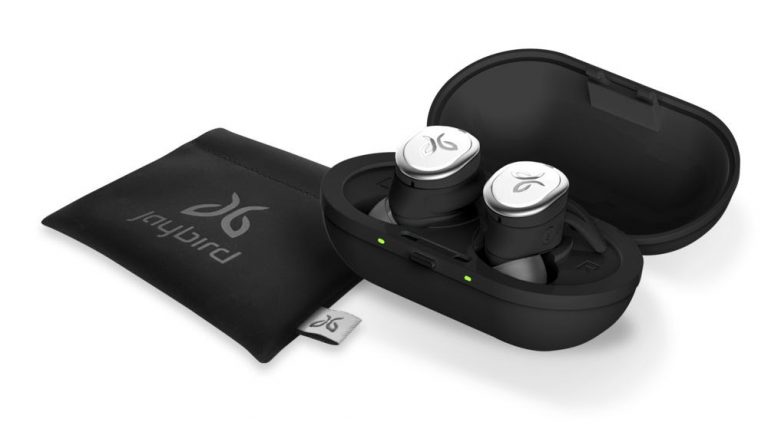 A few weeks ago I spent some time with the Jaybird X3 earphones, and if you check out our review you’ll see I was pretty impressed with the sound. And I’m hard to impress on that front.

They are more or less traditional Bluetooth earphones, with the two earpieces connected by a cable with a control pad near one end. Now Jaybird has released what it’s calling its “true wireless” RUN earphones. By “true wireless” it means that the cable joining the two ear pieces has been dispensed with. Instead they coordinate their sound wirelessly.

Because there is no wire, and thus no control pod, there is no place for the batteries other than in the ear pieces themselves. You don’t want big chunky ones which are liable to falling out. What Jaybird has done is build in small batteries – good for four hours of operation – and provide with them a combo case and battery pack. That can provide two more full charges to give a total of twelve hours of operation. Five minutes in the case, says Jaybird, is enough for an extra hour of play time.

They have been designed specifically for running, and are sweat proof and water resistant. In addition, they work with the Jaybird app that I found surprisingly useful with the X3 earphones. This works in Android and iOS devices and tailors the sound to your preference, regardless of what app you’re using to play music.

In addition, it has a “Find my Buds” feature to help you track them down if you misplace them.

One button is used to control everything, including taking calls and invoking Siri or Google Assistant. A variety of tips and “wings” are included.

The Jaybird RUN True Wireless Sport Headphones will be available on 25 September 2017, one week from today, priced at $249.