Lander Cairn: a lantern and power bank in one 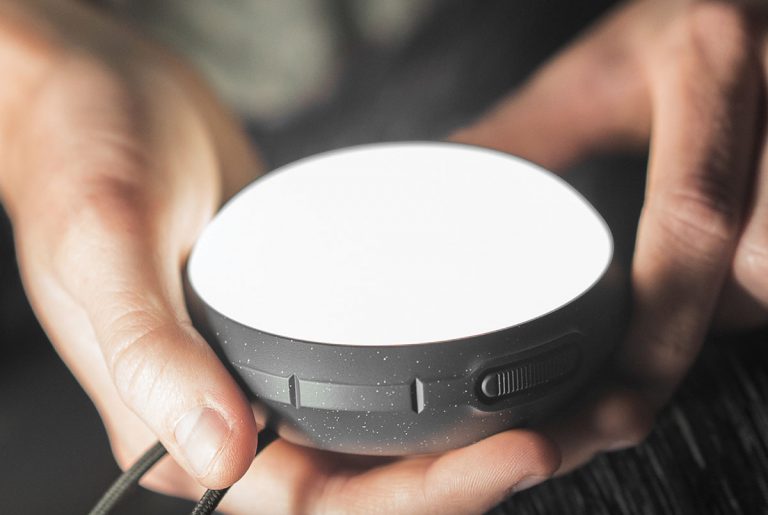 This looks like a useful gadget. The Lander Cairn is a 300 lumens LED lantern that also doubles as a power bank, so it can charge your phone. It looks like it’s aimed at campers.

It makes sense. If a lantern is going to use a rechargeable power pack, it needs to be a large one, so they might as well give it the ability to charge other devices, such as phones. The battery has a 3300mAh rating. That ought to be enough to fully charge most phones. It’s rated at 2.1 amps output, and that ought to be enough to allow it to at least partially recharge larger smart devices, such as iPads.

There’s no mention of how long the lamp will operate on its battery, but that probably depends on operating mode, since it can be dimmed, which ought to stretch its life. It can also strobe – flash on and off rapidly.

It is described as having “a multi-axis, reflective nylon cord that allows you to hang the light where you need it”. And of course the Lander Cairn is dust and splash proof with an IP65 rating.

The Lander Cairn will be available in December 2017 from au.bodyguardz.com for $79.95.