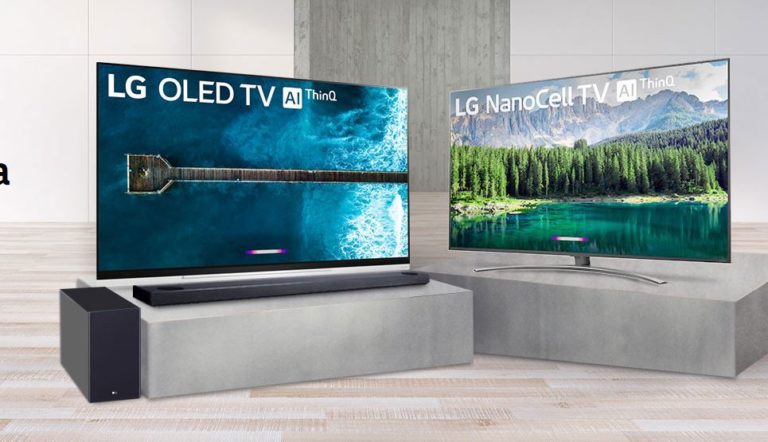 LG has announced Australian pricing and availability for its LG 2020 TV range. In all, we get 27 new models and sizes from 55-88″ covering OLED, NANOcell and 4K LED.

To say the LG 2020 TV range is niche marketing at its best is an understatement.

What we see in the LG 2020 TV range is a focus on excellence. LG has long led the pack with its self-emissive OLED (and is still the premier manufacturer of panels used by other brands) and last year introduces its take on Quantum Dot – Nano Cell that competes strongly with Samsung’s QLED and Hisense ULED TVs.

You can see some details on its Australian site here.

We understand the few technical differences between the GX and CX.

UHD (all 4K with UN prefix)

New Soundbars (all with SN prefix website here) not announced yet

The new soundbars have the prefix SN instead of SL for 2019. G=Google

We have a soft spot for LG OLED – if you ask any expert what is currently the best TV picture then LG OLED wins. Not taking away from Sony (that uses LG panels anyway).

The OLED updates are evolutionary – as we expected a later processor, new Dolby IQ (that others will argue they do anyway) and at least HDMI 2.1 and eARC. So if you can bag a bargain on a 2019 model – go for it.

From what we can see now it is more a matter of what you want to do with the TV that determines what model you purchase. Gamers will love LG OLED G-Sync and low latency. Movie Buffs will appreciate that Dolby IQ largely gets over the issues of bright ambient light washing out OLED images. All have AI upscaling and voice assistants.

It is the future of TV that remains interesting. Samsung has pressed ahead with Quantum Dot QLED and may even make a Quantum Dot OLED. Hisense is banking on micro-LED and dual-sandwich screens. TCL is hoping its mini-LED will put it in the lead.

And there is movement in holo laser, rollable screens and some impressive 4K tri-laser technology from LG and Hisense. Stay tuned.