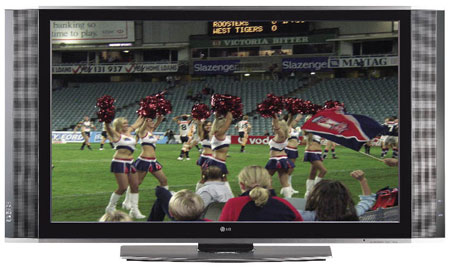 The LG 50PX5D is one of the few screens to have an internal high-definition tuner. Until such time as we all have high-definition personal video recorders (PVRs), an internal tuner is a great way to save on money, space and clutter in your living room.

The 50PX5D also has a memory card reader built into the side that supports no less than nine different formats. This is great if you ever want to run a slide show straight from your digital camera.

The other specs of the 50PX5D are also impressive. High brightness and contrast are backed up by LG’s XD engine, which digitally enhances the image. Even though image burn is less of a problem with today’s plasma panels, the 50PX5D also has LG’s Image Sticking Minimisation, which uses a variety of techniques to prevent any possible image burn.

Overall, it’s one of the less expensive 50 inch screens around today, yet one of the best featured.