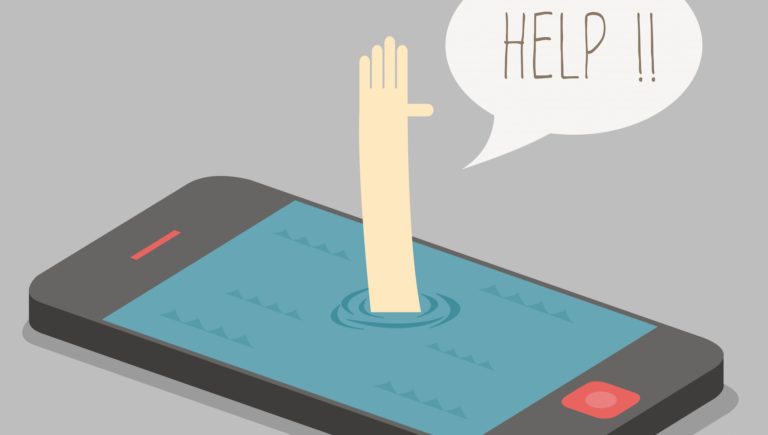 LG makes great phones. Its G7 and V30+ ThinQ are top performers and more than a match for Android competitors. But the LG mobile phone division is suffering.

For each of the past five quarters, it has lost between US$172 and $400 million. Analysts are saying LG’s persistence in the smartphone market is admirable. But the market is toxic, and something has to give.

Don’t worry, LG’s other divisions are doing nicely. Its investment and leadership in OLED TVs has paid off. Its home appliances are doing very well. Air solutions (air conditioners) are breezing along.

First, I want you all to seriously consider the G7 ThinQ (GadgetGuy review here). It is a great device. You will be very happy with it.

If you have a few more dollars its uber flagship V30+ ThinQ (GadgetGuy review here) is incredible too and it is on special at JB for an amazing $799 (RRP $1199).

But no matter if we all bought an LG it would not change the situation. The market is toxic.

LG, in a most humble way, pointed to huge increases in marketing-related expenditures to release its flagship devices. These increased costs did not necessarily result in sales.

LG does things in a most refined manner. It has above-the-line advertising campaigns, product launches, and good websites. It plays by the traditional marketing rules.

By comparison, the Tigers are voracious hunters. They are adopting guerilla strategies that are killing the market for LG. And we assume HTC, Sony and to a lesser degree Samsung.

In an interview with Sam Skontos, chief of Alcatel he said that the Tigers were throwing money at the traditional retailers to gain market share. And some were moving 100% to below-the-line social media channels. It was no longer good enough to try and carve out a niche based on quality or features.

In an interview with Danny Adamopoulos of Motorola he said that the new six-month model cycle was a nightmare for retailers. New features, not brand loyalty drives the fickle Asian market. Motorola would not play that game (at least in mature markets).

Apple and Samsung are category leaders. Both have strong loyalties and unique products. As long as they don’t too much wrong will continue that way.

I started this article because I felt sorry for LG. Its phones are brilliant. But then so too are Sony and HTC that are suffering reduced market shares and suffering losses as well. These respected companies need to adopt Tiger tactics or fade to obscurity in the smartphone race.

And you know what? The Tigers make very good products. I guess the winner is – you!