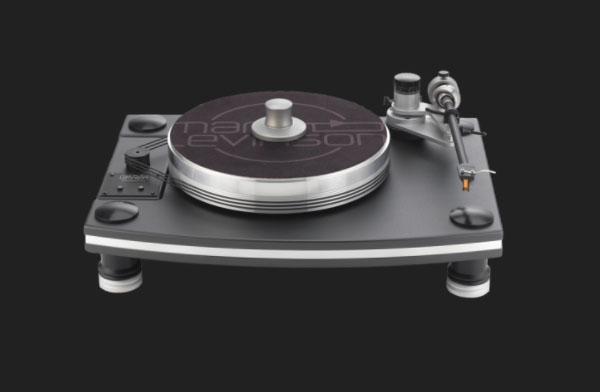 Convoy International will now distribute audiophile brands Mark Levinson and Revel. These are great brands, but guess who owns them?

Mark Levinson Audio Systems has an astonishing reputation for the performance of its products. One of its 1970s products, the LNP-2 Professional Preamplifier, generated so little internal noise that even today it’s class-leading. Take it from me as someone who was around in those days, amplifiers used to be noisy.

Its founder, Levinson himself, was and is a fine designer and engineer, but apparently not quite so fine at business. After inviting in new investors and signing some perhaps ill-advised agreements, he was pushed out. He couldn’t use his own name in any business any more under those agreements. There was even a court case to keep him out of the audio field entirely on the basis that he was “a walking trade name”. Levinson remained in the field, but since the early 1980s he’s had nothing to do with Mark Levinson Audio Systems.

Amongst his activities after that has been as a long-standing audio consultant to Korean giant LG Electronics.

Mark Levinson Audio Systems has meanwhile continued to produce remarkable high-fidelity products. It was also one of the first to get into high-quality car audio, forming an association with Lexus.

As part of the ongoing rationalisation of the audio industry, Mark Levinson Audio Systems eventually came under the ownership of Harman International. That name “Harmon” comes from another legendary hifi company, Harman/Kardon, established back in 1953.

And now I find that in March 2017 another Korean giant, Samsung, took over Harman International.

Clearly Samsung is letting Harman and its subsidiary brands do their own thing, which is produce the kind of products that audiophiles love.

Revel is another American company, established in 1996 and now owned by Harman and, ultimately, by Samsung.

Its forte is loudspeakers and subwoofers. The first time I experienced the brand was when for the first time ever in a home theatre I felt the physical impact of a subwoofer. I could feel the air pulsating against my abdomen. It showed me what home theatre subwoofers are all about.

Expect to see new care and attention lavished on these brands in Australia from July 2018, when the distribution arrangement starts. Convoy International is here.