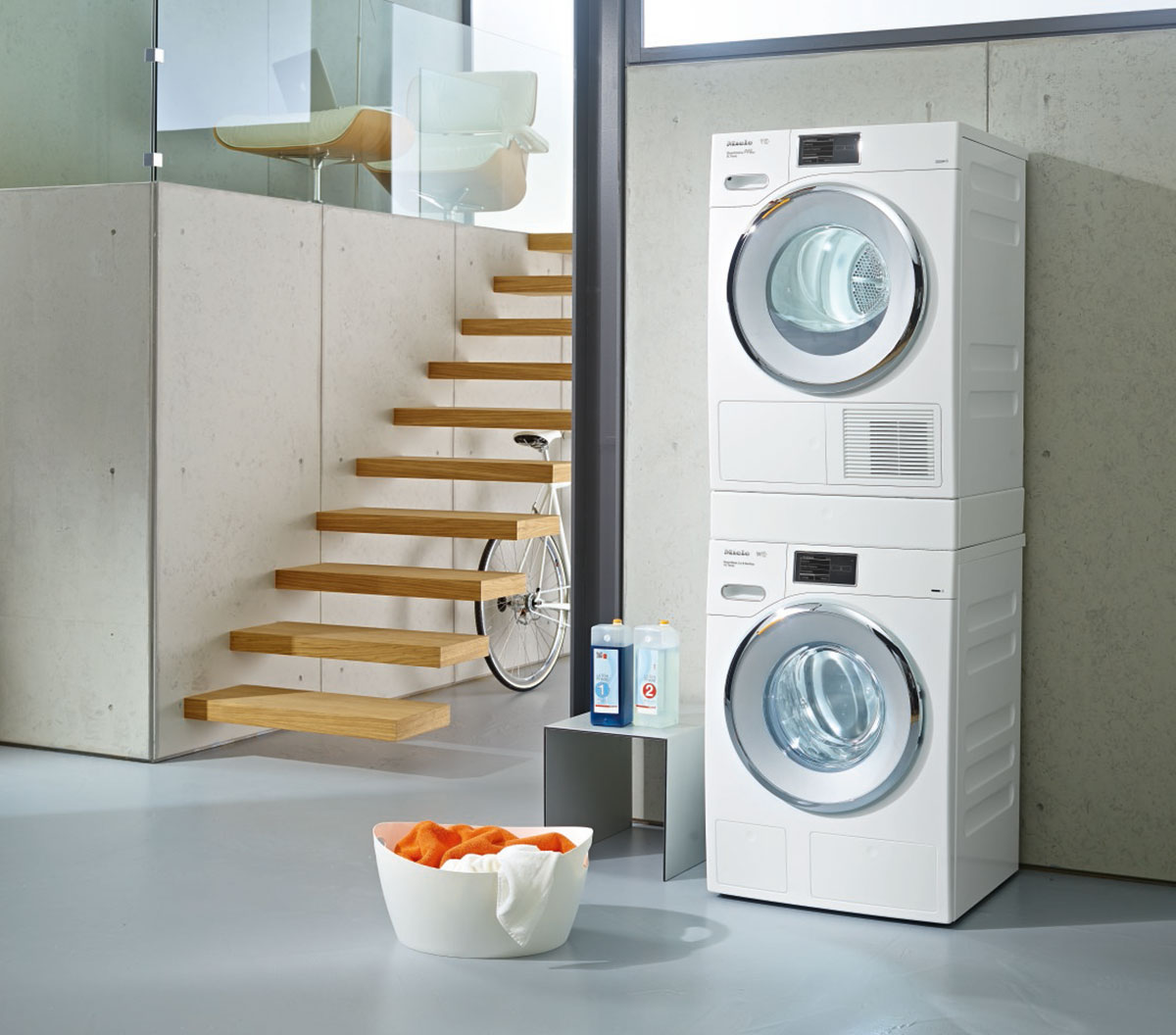 Miele reworks the washer, dryer to change the way you wash

New appliances and whitegoods tend to attract high price tags, but the latest two from Miele appear to be so new, they’re not only pricey, they also redefine the basics of washing your clothes.

This week, Miele has pulled the covers from two products set to hit electronics and appliance retailers keen for a new washing and drying experience, and what’s underneath does look interesting.

It might be hard to call laundry gadgets “interesting”, but in the case of the W1T1 washer and dryer, that’s exactly what we’re seeing.

Oh sure, the basic layout is the same, with both of these units offering front-loading load capacities of 9 kilograms with large honeycomb drums to cushion laundry as the barrel spins.

So what’s new? Basically, the way they work and take in cleaning product.

Traditionally — as most of us know — when you throw cleaning product into a washing machine, you just a cap or half cap of your favourite cleaning brand, pour it in on top, at the bottom, or in the dispenser.

The W1 changes this by relying on what Miele says is a word first properly integrated dispensing system, not just a drawer or slot in the side that holds the liquid.

Rather, the “TwinDos” system takes two detergents sold by Miele to do two different things, with the UltraPhase 1 detergent released first to remove protein and grease from clothing, while the UltraPhase 2 detergent comes next to remove stubborn stains thanks to the use of a little bleach.

Secondary to this system, the W1 relies on “CapDosing” which like the TwinDos UltraPhase detergents are a capsule system for special treatments, such as caring for wool and washing silk garments.

You’re not forced into using the Miele TwinDos or CapDosing liquids either, with regular detergents able to be used in the machine, as well, if need be.

The T1 dryer also has a new feature, and again, it’s based on this dispersion idea that Miele is throwing into its washing machine, offering up “FragranceDos”, which by now you can probably guest is a similar liquid dispersing system that can spread fragrance on clothes as they dry that Miele says lasts up to four weeks.

Beyond the liquid additions, both units appear to be matched to each other, not just in features, but also in design and eco credentials, with the washing machine rated for 5 star energy and 5 star water, while the dryer boasts a 6 star rating for energy, which is pretty impressive for a tumble dryer.

They’re also matched on pricing, however, and unless you’re good with spending close to $5K on each appliance, you won’t be trying out these new appliances, because that’s pretty much where they sit.

If that figure won’t throw you, no worries, because you’ll find the Miele W1 (left) and T1 (right) from Miele Experience Centres and any other place selling the brand from early December, each for a recommended retail price of $4499.