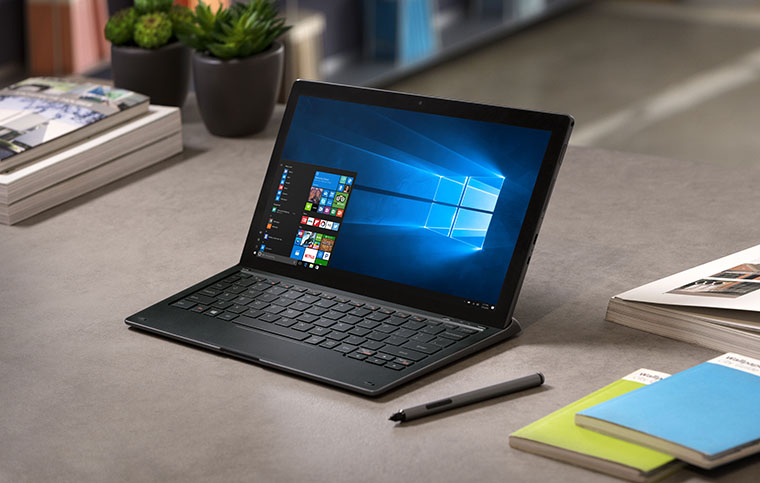 Yesterday we gave you the news so far from the Mobile World Congress in Barcelona, but overnight more rounds of products were launched from some of the leading brands in mobile tech. Let’s check them out.

In its mobile phone incarnation, Alcatel is a subsidiary of the massive Chinese TCL corporation, best known in Australia for its low cost smart phones (why, only a few months ago we reviewed an $80 model). Now, at MWC 2017 it has announced three new smartphones along with a tablet.

The Alcatel U5 is tagged the “most affordable 5 inch 4G smartphone” (and will be priced at under $150 come release in May). This looks like it might be a good starter for the kids, what with its “Simple Mode for fast access to frequently used applications” and its “Phone Guard” which amongst other things will “protect your phone from viruses”.

Next step up is the Alcatel A3, “the Most Affordable 5 inch HD Smartphone” ($199, available in June). Which of course suggests that the U5’s display is not HD. In addition to the HD display, it includes a fingerprint reader, a 13 megapixel camera with LED flash, a 5 megapixel selfie camera, a metallic frame and a quad core CPU.

Higher still, in more ways than one, is the Alcatel A5 LED ($299, May). This has a 5.2 inch HD display, an octa-core processor and an 8 megapixel camera, but loses the fingerprint recognition. Instead it has an active case, studded with LEDs, which can provide different colours and patterns for different callers, or otherwise just decorate it to match your mood.

A particularly interesting product is the Alcatel Plus 12, which is actually a low cost, 4G Windows 10 2-in-1. It has a 11.6 inch full HD touch screen display, along with a removable keyboard. Actually, it looks like the LTE connectivity is built into the keyboard rather than the screen part. The unit provides 64GB of solid state memory (with support for a 128GB microSD card), and runs on an Intel Celeron N3350 processor. It has USB Type-C connectivity along with HDMI out and includes a fingerprint scanner. Available in June, its price is a very impressive $649.

Sony has taken the opportunity of MWC 2017 to announce three new models, one an enhancement of its current premium Xperia XZ model (which we reviewed here).

The Sony Xperia XA1 is the new version of Sony’s low/mid priced model. It comes with a 5 inch, 720p display, a new 23 megapixel camera employing Sony’s Exmore RS image sensor, plus a 8 megapixel front camera. An eight core MediaTek processor is used. There’s 32GB of storage built in and a slot for up to 256GB of microSD storage. Android 7.0 Nougat is installed.

It supports 4G of course and has NFC fitted along with Bluetooth 4.2. The connector is USB Type-C, the way of the future.

Style wise, it looks much like the Xperia XZ by which I for one was smitten.

The Sony Xperia XZ Premium seems to be a lot more than just a facelift. First, there’s the 5.5 inch screen which astonishingly has 4K resolution. It supports High Dynamic Range and is protected (as is the back of the phone) by Corning Gorilla Glass 5. The whole thing is water resistant to IP65 or IP68.

The camera is slightly lower resolution to that of the standard XZ: 19 megapixels, but is super high speed, so it supports 960 frames per second (resolution not stated) capture for extreme slow motion footage. Few phones (or dedicated cameras) run beyond 240fps.

Bluetooth support has been bumped up to version 5.0. It runs Android Nougat of course, and the CPU has been upgraded to a Qualcomm Snapdragon 835 with 4GB of RAM. A full 64GB of storage is provided and you can add up to 256GB on a microSD card.

This year Oppo has taken the focus (ahem) on cameras to a new level, announcing very interesting camera technology without really indicating which phone models it will appear in. I’m guessing its next premium model, which would replace the current premium Oppo R9s (reviewed here).

Cameras in phones are inherently inclined towards a wide view, thanks to their necessarily short focal lengths. Only a couple of millimetres of camera bump is acceptable, if that. But must those focal lengths actually be short? Oppo has developed what it calls “5x Dual-Camera Zoom”. The “dual” bit refers to the use of two cameras, one with a conventional wide angle view. But the other is what’s interesting. It has “an innovative periscope-style structure”. That is, a prism is used to reflect the light by 90 degrees so that the focal length can be as wide as the phone itself, not merely as thick. Not that this full width is used.

That could be unwieldy in a phone, so Oppo has applied optical image stabilisation to this camera, with particular attention to allowing the prism to adjust its angle by increments of 25 ten thousandths of a degree.