OLA rollas out to BrisVegas, Gold Plated Coast and Kanbra 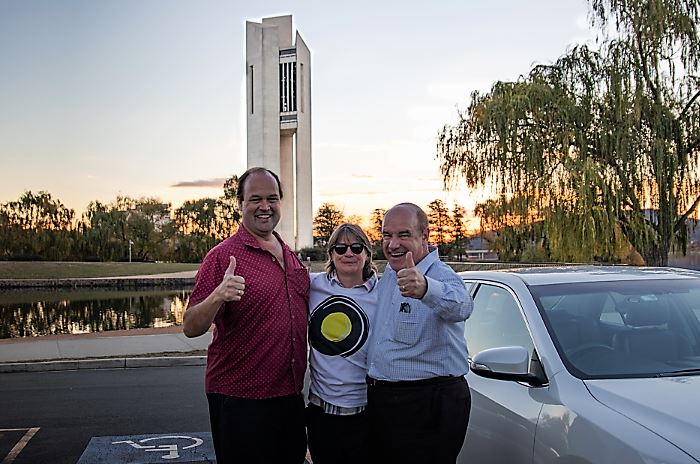 Ride-share company OLA has rolled out its services to Brisbane, Gold Coast and Canberra. This supplements services in Perth, Sydney and Melbourne.

To celebrate the launch Canberrans can get up to 50% off the first 15 rides per week. Brisbanians and Gold Coasters can get a $20 discount on the first ride.

OLA is one of the largest, global ride-share companies. It has announced a milestone – it has signed up 30,000 driver partners since its launch last February. Drivers appreciate the low commission rate and daily payments.

It pioneered the in-cab panic button in India and now has an in-app SOS and customer hotline to better service users.

Prospective drivers can go here to find out more. Prospective rideshare users can download the iOS or Android app here

Chandra Nath, Vice President, Head of International, Ola said, “As we continue to expand across Australia, we have seen that customers and driver-partners are choosing Ola over competitors for the best rideshare experience possible. By doing so, everyone is choosing an affordable and better way to move.”

Over the coming months, Ola is working with local stakeholders to continue its rollout in Australia, with future launch cities including Adelaide, Darwin and Hobart.

GadgetGuy covered the launch in Perth. We covered this as news because of two things.

First, it is part of the sharing economy facilitated by an app. The better and more responsive the app the more people will use it. OLA’s app looks well developed.

Second, its all about competition. While other companies may have been first to market, you could say that they have made the mistakes that OLA has avoided.

One big mistake was that other companies had larger commissions (approx 27% versus OLA’s 7%) and more irregular payments.

A driver for another company said that he had to drive 70 plus hours a week to make ends meet. He was waiting to see if OLA was a better alternative. OLA has addressed that issue well.

Another driver said that he worked for three ride-share companies. If a job came in from OLA he would take that over the others becuase it was a better company to work for.

Then there have been the bullying, assault, harassment and theft (usually of mobile phones left in the car) allegations that frightened people away from rideshare. OLA took this head-on with the SOS feature in its app and a 24/7 customer service centre for bouquets or brickbats. OLA also a strict driver background check in place.

That is not to slight any ride-share company over another. There alternatives include

Added to this are the car-pool and car-share apps as well.

All enabled by apps.