OPPO MD Michael Tran poppos in for a chat 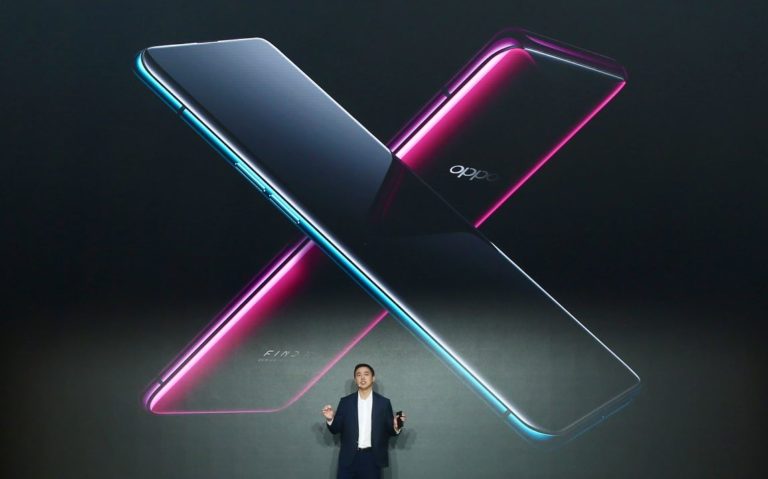 OPPO has had more than a few wins since it came to Australian in 2014. Michael Tran, now Australian Managing Director popped into GadgetGuy HQ for a chat.

Michael Tran was Australian marketing director when OPPPO (pronounced Oh-Poe) came here in 2014. He admits he was wide eyed and bushy tailed – alert, eager, full of energy and enthusiasm.

Four years later has not lost that.

But now as Managing Director, he is much wiser. “Sure, I wish I knew then what I know now. The amount of work and strategy to get our phones into Telstra, Optus and Vodafone was inconceivable back then – but we did it,” he said.

The remainder of the interview is paraphrased.

I am not sure what we expected back then

The 2014 smartphone market was beginning to get interesting. In the Android space, Samsung claimed the high-ground with its Galaxy S5. Nokia’s Windows smartphones were still a force. Apple still had the smaller iPhone 5 series. Motorola and Alcatel had the lion’s share of entry-level to mid-range phones.

Our phones included the flagship Find 7 and everything in between right down to a low-cost Neo 5. These were great sellers in China but not what the western markets wanted.

We quickly realised that we could not compete in all segments, so we rationalised. Our new A-series covered the entry-level and R series covered the mid-market. We left the flagship market alone, instead wanting to solidify our position as a premium smartphone brand without the price tag.

The shorter model life is due to the intense competition in China. In China, if you don’t innovate and deliver exciting new phones to the market regularly, it’s easy to be left behind. That’s why we continue to deliver exciting new devices every six months, taking the best smartphones from China and offering them to the Australian market.

Part of your driving force is your new slogan – the cameraphone

As imaging technology improved we put out better cameras. The phone was almost secondary.

It worked. Along the way, the R11 series has become the world’s number two selling smartphone. In Australia, the R9 series became its largest selling smartphone. This year we became number one here in the mid-level $200-500 segment (A-series) and are number three by volume (Samsung and Apple are one and two respectively).

We have a lot of research and development going into sensors (with Sony and others), lenses, and more. The R15 and R15 Pro use some of the latest camera technology.

Why has OPPO been so successful in Australia?

OPPO now have nine assembly factories worldwide – including China, India, UAE and Indonesia. We have offices in our major markets – we think global but act locally. We commit to being a good local citizen, we are humble, and have service centres in major markets as well.

Service centres are about promoting confidence. If something happens, you can get a trained OPPO technician to fix it. We will open more centres in major capital cities soon.

Canstar Blue rates us as the best band to own. Our retailers tell us that OPPO has the lowest return rate of all brands.

And because we are local, we understand the market and our retailer’s and telco’s needs. We have our warehouse and distribution, so that gives us great control over delivery and stocking.

Finally, we prefer bricks and mortar retail model in Australia to an impersonal online one. You can see and play with our phones before you buy.

What you’ll see from us this year are more marketing and above-the-line campaigns and even a TV commercial.

OPPO has partnered with designer brand AJE to introduce its product to the high-fashion crowd, which Tran believes will love OPPO’s the camera-centric phone.

How big is the market?

IDC estimates the global market in 2018 will be about 1.46 billion units. Apple will ship about 220 million and Android about 1.24 billion. Australia will be somewhere around 15 million handsets with iOS and Android neck-and-neck for market dominance. We would be happy with a good share of the Android market

OPPO shipped over 100 million handsets in 2017. Go back just three years when our capacity was 20 million. That illustrates growth.

In many of the markets OPPO operates in, we are in the top five smartphone vendors, if not the top three. This year, OPPO will be looking at new markets to continue its growth.

We recently launched in four countries in Europe – France, Italy, Spain and the Netherlands – and we intend to expand to more markets step by step.

What will distinguish OPPO going forward?

As you have said, there is not much you can do with a glass slab. That is why the  Find X  is so important to us – we did a lot with that slab including an innovative slide-out camera and almost all screen design.

The future, at least the near future is in more AI to help users get the best photos or to use their devices better.

Camera technology still has a long way to go to make it easy for everyone to take the best photos. We don’t want users to have to worry about going to PRO mode to get that.

Then there is 5G, and we are already trialling these devices, so we will be ready for Australia when it comes.

“Whatever we do will be customer driven” Michael Tran, OPPO MD Australia