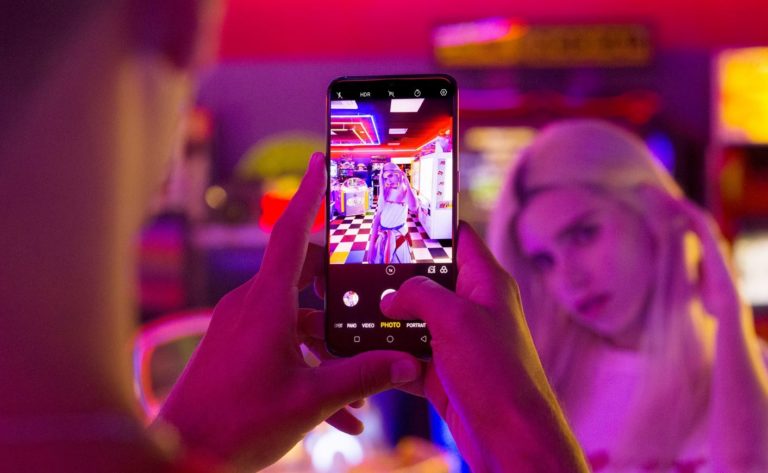 If it’s not enough to have some of the best cameras in OPPO’s R-series, it has added SuperVOOC charging – 10 minutes for 40% to the R17 and R17 Pro.

OPPO is challenging Nokia for the title of smartphone rabbits. Its R-series is breeding at a prodigious rate to satisfy the gargantuan Chinese need to buy the latest smartphones. R17 and R17 Pro are amazing pieces of fashion tech – that is until we see the R18 in six months!

And you must remember that the R17 costs $699 and the R17 Pro costs $899 – the mid-market is where the action is. We hear there are some new colours too including radiant mist and emerald green! OPPO are winners here!

OPPO is known for delivering camera technology that continues to push the boundaries of what is possible in a smartphone. The R17 & R17 Pro are full of cutting-edge features that showcase what OPPO is capable of.

New to the R17 Pro is something called TOF or Time of Flight. It is a range imaging camera system that resolves distance based on the known speed of light, measuring the time-of-flight of a light signal between the camera and the subject for each point of the image. It helps in 3D photography.

The selfie camera is a 25MP, Sony IMX576 for spectacular groupies.

In particular, we are excited to bring the R17 Pro’s Ultra Night Mode and TOF 3Dcamera capabilities to Australia. Utilising the latest in smartphone camera technology, OPPO will help its customers seize the night and take advantage of new and exciting camera applications as they come to market. OPPO is excited tobe at the forefront of this technology in Australia,”, said Michael Tran, Managing Director at OPPO Australia.

Qualcomm’s new Snapdragon710 is a step above the 6XX series we saw this year. It is twice as fast for AI, has a 3D gaming GPU, X15 cat 15 LTE modem and all the go-fast things that trickle down from the 8XX series. Add to that 6GB/128GB.

GadgetGuy will be testing this R17 Pro shortly.

Stockists: The new device will be available to purchase from the following retailers, from 12th November

Vodafone – Available from 14 November in Emerald Green only