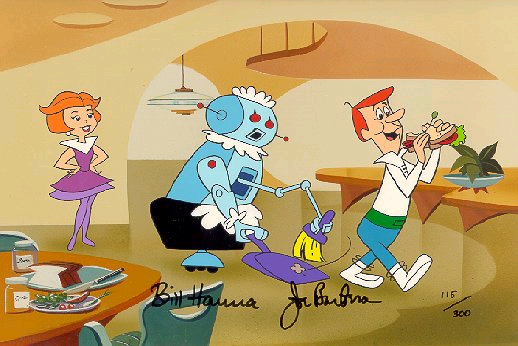 A new survey by Ecovacs shows Australian’s are open to embracing robotics, robot vacuums at least, in their home.

Before we get onto the survey let’s recount GadgetGuy’s recent experience with two robot vacuums – the top of the range Samsung VR9300 and Ecovac’s premium Deebot 930 wet’n’dry.

These both clean adequately if you have the right house style (single level apartment), the right flooring (timber or tiles is best), and persist using them frequently rather than weekly.

But they won’t replace a traditional canister or more powerful stick cleaners simply because they cannot do stairs, edge cleaning, don’t play well with different levels of surfaces, shag pile carpets, stray electrical cords, clothes left on the floor and so much more.

Robot vacuums have a way to go

President of Ecovac’s International Business David Qian, 27 acknowledged that there was some way to go. Once Artificial Intelligence, spatial awareness and always-on cameras can be successfully added to robot vacuums the present shortcomings will be overcome.

One of those shortcomings was the current round design that mandated a smaller width brush. “If a vacuum gets stuck it needs to rotate to get out of the area. Once we have AI we can build larger, wider devices,” Qian said.

He politely refused to be drawn on the need for a kangaroo style stair hopper (robotic vacuums can’t do stairs) but hinted at an over-the-air update to have multi-level floor plans, so all you need to do is lift the Deebot up the stairs.

Qian spoke of the AI and awareness advances in mobile phones and felt it would not be long before Ecovacs had similar features. However, it was all a matter of trade-off – battery life for more features and power. There is a lot more work needed in battery technology.

He was equally bullish about Ecovacs intention to have a robot, of some type, in every home.

“We are only in the infancy of the robotics industry – TV has been around for decades. Robotics is still in our first decade of what will likely be an industry that will be around forevermore. So, there’s a lot of room for growth,” he said.

“Think about how much a smartphone is the centre of our daily lives now. I think in the future a robot will take that role in the household. We hope to be a major player to help push that forward,” he added.

“We have a vision of a robot helping every Australian family, freeing up time from cumbersome chores such as window and floor cleaning that will enable people to do more of what they love,“ said Damian Commane, Country Manager ANZ for Ecovacs.

“With 500 world-class R&D employees, a strong and ongoing commitment to R&D and a presence in over 40 markets, it’s fantastic that we are now able to introduce Ecovacs into Australia and we are very hopeful that Australians will embrace the innovation that we are introducing,“ he added.

Back to Ecovacs research

Robotics – Exterminate, Assimilate, I’ll be back