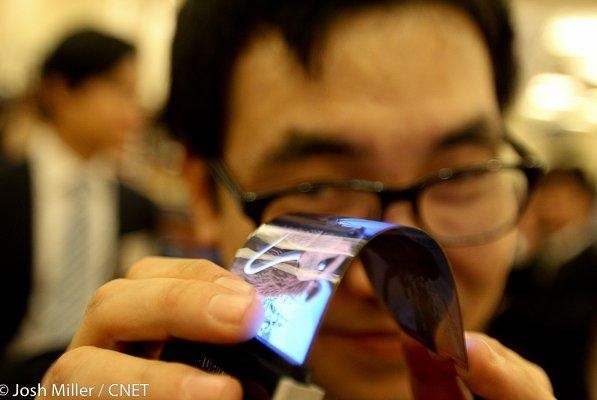 Woo then unveiled the successor to the current quad-core Exynos processor, found in the Galaxy SIII phone, Galaxy Camera and Galaxy Note II. The new Exynos 5 OCTA, however, has a total of an amazing eight cores, meaning incredible performance benefits over its quad-core predecessor. This extra power will make it possible for future Samsung tablets and mobile phones to do more things at once, along with the ability to drive much more detailed, higher resolution displays. While Woo didn’t say it, it’s expected that the Exynos 5 OCTA will make its first appearance in the Galaxy SIV, due out in March.

Thanks to the vast amounts of data being created by social networking, cloud services, and mobile video and photos, the need to store this ‘big data’ is more important than ever. This is a potential gold mine for Samsung since it makes the flash memory found in solid state drives (SSD). Samsung is working with HP to provide efficient, high performance SSDs to replace conventional hard disks in its huge data centres. This provides a number of benefits, the most significant being 6 times faster performance and a 20 percent power reduction over current hard disk based servers.

The most exciting announcement, however, was what Samsung is doing with OLED displays. OLED, or Organic Light Emitting Diode, is a relatively new display technology that boasts incredible contrast rations, dazzling colours and fast pixel refreshes. Samsung is pushing the boundaries with flexible OLED technology to the point where it has created its own sub brand – ‘YOUM’ flexible displays. Samsung demonstrated a flexible display that was operating, in full colour, on stage. They also showed a prototype of a large mobile phone that had a flexible OLED display that extended around the side of the device, with the idea being that even with the cover closed, content could still flow to the outside of the device. A SMS message was used in the demo, which was clearly readable as it scrolled to the edge of the phone and across the curved part of the display.

Microsoft also made an appearance, and firmly positioned itself as a device and services company, rather than a software company. It demonstrated an innovative ‘reality distortion field’  concept which could project elements of an on-screen image outside of the display and around the room. In the demo, a person playing on an X-Box says “X-Box go big” and parts of the game appeared to be projected on the walls around the display. This included explosion effects, and rain and snow that appeared in the game. The idea is that this ‘out of screen’ experience could enhance a game, TV show, movie or educational content.