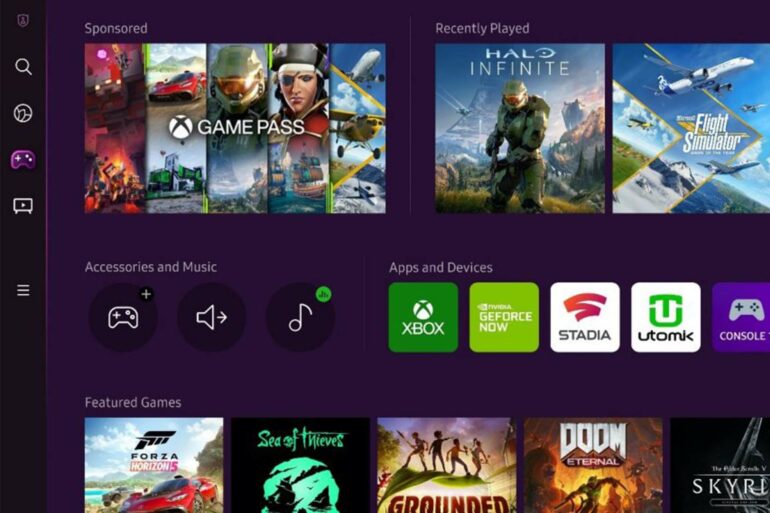 Microsoft and Samsung now go hand-in-hand, with a partnership announced between the two companies that will see an Xbox app included on many of the latest and greatest TVs.

The announcement comes off the back of recent reports about Microsoft working on an Xbox streaming dongle codenamed “Keystone”, as part of the company’s push towards cloud gaming. Starting at the end of the month, the Xbox app will appear on several 2022 Samsung Smart TVs including the Neo QLED 8K, Neo QLED 4K, and QLEDs. In a nutshell, any 2022 Samsung Smart TV above the BU8000 model will be able to play Xbox games without you needing to buy a physical Xbox. Additionally, the Samsung 2022 Smart Monitor series will also gain access to the app.

More than 100 games, such as Halo Infinite and Forza Horizon 5, will be available to stream using the Xbox app via an Xbox Game Pass subscription. New games made by Microsoft-owned studios – under the Xbox Game Studios banner – are available for subscribers the day they launch, such as Starfield, an upcoming space RPG made by Bethesda.

For gaming, Samsung’s 2022 Smart TVs include various features suited to getting the most out of the experience. Included as part of the QLED range is the AMD-backed FreeSync Premium Pro technology, which is meant to reduce lag, stuttering, and screen tearing in order to produce a low latency gaming session.

Samsung TVs will be able to connect wirelessly to an Xbox controller, but you’ll need to bring your own. Still, compared to buying an entire Xbox console, this is a cheap way into console-quality gaming.

Here in Australia, the Xbox app for compatible 2022 Samsung TVs will begin rolling out on 30 June. More gaming options are always welcome, especially when console hardware is expensive and widely out of stock. It shouldn’t be long until other TV manufacturers join the fun as well.