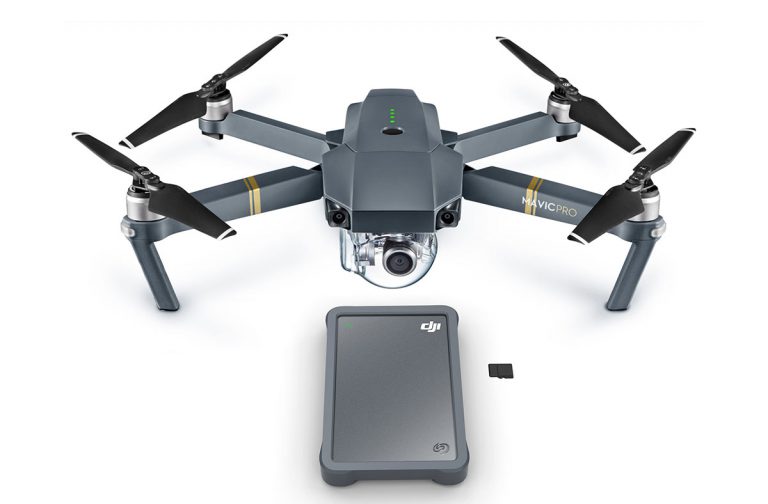 Hard drive maker Seagate has launched a two terabyte portable hard drive targeted specifically at drone users. Indeed, a specific brand of drone: DJI. The Seagate DJI Fly Drive is a ruggedized, two terabyte portable drive with a microSD slot. That lets you copy footage from the microSD card over to the hard drive. Despite the name, there’s no reason to suppose you can’t use it with any device that employs microSD cards for storage.

Seagate says that the two terabytes are sufficient capacity to store over sixty hours of 4K, 30 frames per second footage from a drone on, for example, the DJI Mavic Pro. Which comes to the maximum content able to be captured by a Mavic Pro on more than 250 flights.

The card slot is UHS-II compatible, which means it supports the extra row of contacts on compatible cards for faster file transfers. Which is very useful when you might have a card with 64GB of data that you want to clear away quickly for re-use.

The drive has a USB Type-C interface with support for USB 3.1 and Thunderbolt transfers. That ought to make it extremely fast.

It also has a rubber wrap for protection and it comes with two months of access to the Adobe Premiere Pro CC video editing software.

As far as I’m able to tell from the Seagate website and the quick start guide for the unit, there doesn’t appear to be any standalone transfer mechanism. That is, you need to plug the unit into a computer to copy stuff from the card to hard drive. Once it’s plugged in, you can also copy files directly to the computer as well, and just generally manage files. I guess it would have been nice to be able to pop the card into the drive, standing alone, and having it auto-copy. But portable drives need external power, so you might as well plug it into the computer for that any way.

The Seagate DJI Fly Drive is available now for $179 at major electronics retailers.