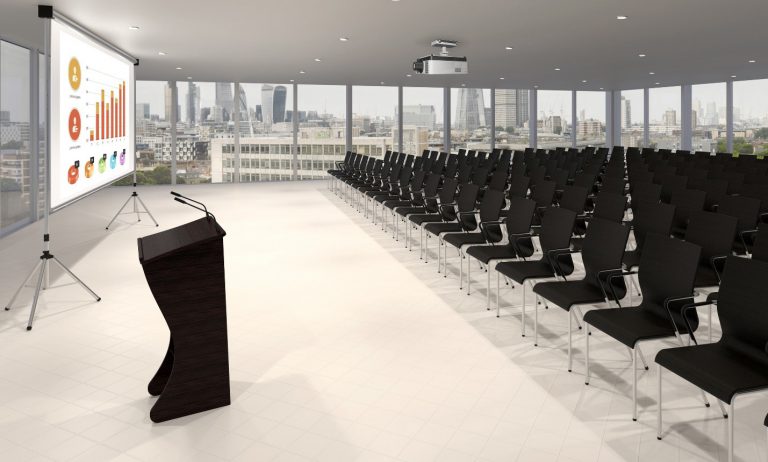 One of Europe’s big tech shows has just concluded. ISE stands for Integrated Systems Europe, and this is where companies like Sony can show off their best new pro stuff. This year Sony has launched five new laser-powered installation projectors, and demonstrated a new immersive audio system called Sonic Surf VR.

Installation projectors are used in lecture theatres and conference halls, and sometimes even for displays in general public areas. As such, they need to be bright and very long lived. The new Sony VPL-FHZ120L is certainly bright, rated at 12,000 lumens (by way of comparison, a typical home theatre projector is usually rated at a bit over 2000 lumens on its maximum brightness setting).

Also being shown is the similar VPL-FHZ90L, which is rated at 9000 lumens.

Both models use three LCD panels and a laser light source to produce the image. Why laser? Because a conventional high pressure incandescent lamp is only good for few thousand hours of operation, the brighter it is, the fewer the hours. A laser light source is good for a few tens of thousands of hours of operation. Typically the service life of the projector will be over by the time the lamp reaches the end of its useful life.

In addition, projectors which use laser light sources can generally be installed at any weird angle that suits the task at hand. Projectors with regular lamps should only be installed horizontally, either upside down or normal way up. Odd angles shorten the life of the lamp.

Finally, laser projectors are nearly instant on and off, not requiring the usual warm up time.

We should note that laser projectors of this kind do not work by shooting lasers at the screen. What they do is shoot a powerful blue laser at some phosphor, and the phosphor glows bright white in response. The light it produces is then handled conventionally – directed to the three LCD panels, focused, filtered for colour and so on.

To make installation possible in more situations, these two projectors implement a very wide lens shift function. They can shift the image up or down by 107%, or from side to side by 60%. Lens shift is an optical feature which allows the picture to be placed somewhere other than directly in front of the projector without being distorted. Full resolution is maintained, along with the proper rectangular shape of the image.

These projectors also incorporate six memories to store image size and position and aspect ratio for instant switching between different application. The projectors can use a range of different lenses tailored for particular tasks.

Speaking of resolution, the projectors offer WUXGA resolution. That’s a computer style resolution with the same number of pixels horizontally as Full HD – 1920 – but slightly more vertically: 1200 rather than 1080.

Three other models have also been launched. These are in more compact enclosures and don’t have the massive lens shift capability, nor are they quite as bright, because they are designed for use in smaller venues. They do have the same WUXGA resolution. The VPL-FHZ66 can produce 6100 lumens, the VPL-FHZ61 can produce 5100 lumens and the VPL-FHZ58 can deliver 4200 lumens.

Like the larger projectors, they also feature fast on and off and include an auto colour calibration feature.

Also at ISE Sony demonstrated what it has called Sonic Surf VR. The VR is for virtual reality. It’s probably best to repeat what Sony says about it:

[Sonic Surf VR is a] unique suite of audio technology combined with newly designed multi-channel speakers and specially developed software that enables creators to simulate popping, moving, and partitioning sounds in one space using the intuitive software application. The result is an interactive space where sounds appear to move around within a space.

Sony has showed this off with a couple of special demonstration installations. One is a “virtual sea” in which visitors “can enjoy an immersive sound experience as if they were in the sea and playing with dolphins, surrounded by the squeaking sounds and echoes of bubbles in the water”. The other enhances the Delacroix painting, Liberty Leading the People, “with popping sounds such as shooting, bullet trajectory and horse footsteps that create the impression of the audience stepping inside the painting.”

Sony sees this technology, which is still under development, being deployed in a range of applications, such as in museums, aquariums, and even corporate showrooms.