What is Wi-Fi 6E and why it is important 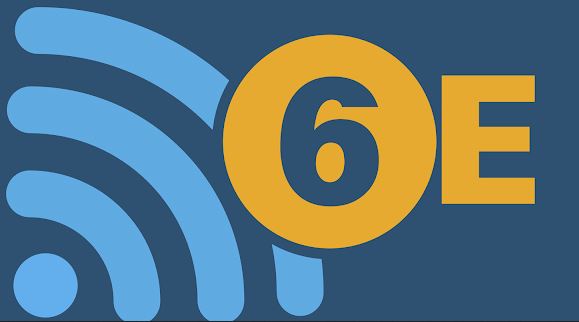 Wi-Fi 6E is no more important that Wi-Fi 6 (AX) or Wi-Fi 5 (AC) were as they represented two quantum leaps in Wi-Fi performance. This is the next and there will be many more.

When we say next, we mean Wi-Fi 6E is the next step as Wi-Fi becomes the standard for home networking and office hot-desking. Boffins are already working on Wi-Fi BA, BB (light), BE (extremely high throughput) and beyond.

First, a little history on how we got to Wi-Fi 6E

Older Wi-Fi (B, G) transmits over the 2.4Ghz radio frequency band. Line-of-sight transmission distance is up to 100 metres. The lower frequency means it can pass more easily through walls, floors, and windows, reducing the effective transmission distance inside up to 30 metres. The trade-off is that 2.4Ghz is not very fast topping out at 54 Mbps half-duplex (effectively halves the throughput – known as ‘goodput’ to 22Mbps send and receive).

But it’s the preferred band for most IoT devices that need distance over bandwidth. And Wi-Fi 4 (N) allowed different 2.4GHz channel aggregation up to 433Mbps. You seldom get this unless you are sitting on the router.

But the explosion in the use of IoT devices became the Achilles heel of these routers – about ten connections bogged them down.

It is a little-known fact that there are several variants of AC – AD, AF, 2016, AH, AJ, AQ – that never made a dent in the Australian market. Why? Because these often use far higher radio frequency bands that are regulated here. The downside with higher frequencies is a severe reduction in distance – 5-10 metres at best.

Wi-FI AC is what most use at home, and there are excellent routers from D-Link, Netgear and more. These top out at AC5400 for a tri-band router.

It is known as a ‘high-efficiency WLAN’. It has half-duplex backwards compatibility with 2.4 and 5Ghz.

The Catch 22 is that all these go-fast bits only work on Wi-Fi 6 AX endpoints like smartphones (Samsung Galaxy S10, iPhone 11 or later) and laptops using Intel 10th generation Core.

That “AC” Catch 22 also applies to Wi-Fi 6E – both the router and the endpoint need to support it. Currently, Qualcomm SD875 and SD888 flagship chipsets and some of the Intel 11th generation Core EVO processors. And we understand that maximum transmission distance is less than 5Gz Wi-Fi.

Wi-Fi 6E is all about expanding Wi-Fi into the new 6GHz spectrum. The US Federal Communications Commission has granted access to this unlocking and extra 14x80MHz or 7x160MHz channels.

What have you learned about Wi-Fi 6E?

ASUS has announced the world’s first AXE11000 ROG Rapture (not yet approved here). It is not so much faster but able to support more devices at higher throughputs.