Why is a sound signature so important for reviews? A GadgetGuy Guide 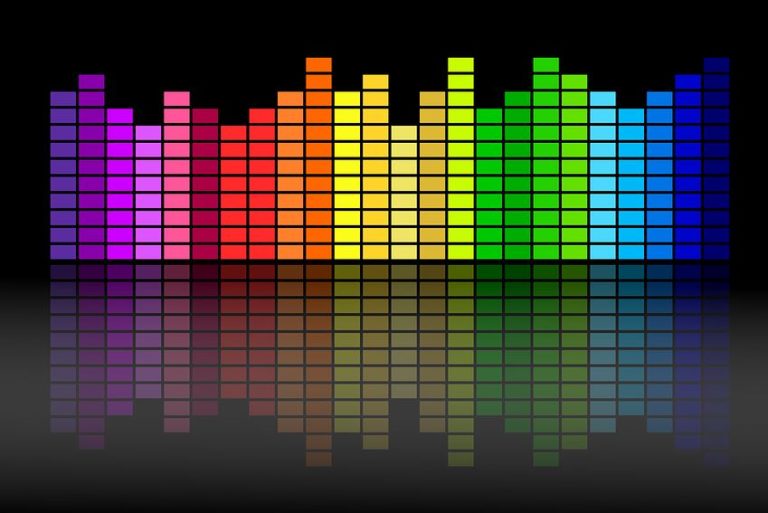 A reader has asked about our use of sound signature in reviews for headphone, TV, soundbar, speakers, smartphones and other sound devices. The answer is that a sound signature is a consistent way to describe a devices ability to reproduce sound. By comparison, a reviewer’s subjective comments from listening to their favourite soundtracks, although important, can vary wildly.

Why sound signature? Audio quality depends on so many things – the bit rate, sample rate, file format, and speaker construction. It also depends on the ability of the encoder to get the important bits right and the reviewer’s ears!

Signature 101 and why we use it to rate sound devices

Humans generally hear frequencies from 20Hz (bass) to 20kHz (treble). As you get older, the top end usually progressively falls off – it is not uncommon for the elderly to only be able to hear to as low as 3kHz. That is why hearing aids generally don’t boost volume, but boost lost frequency ranges.

But sound is a combination of hearing (tones and harmonics within the eardrum) and feeling (subjective impressions that depend on musical associations, your mood at the moment, and a bunch of oh-so-human indefinables). Oh, and throw in spatial variables like sound stage/separation (left/right, up/down, forward/behind), echo (the reflection off walls), speed of sound and timbre and you wonder how we can hear at all via two small ear canals.

Well, we have the world’s most powerful non-AI computer to post-process, fill in the gaps and make the most of whatever we hear.

Of course, you can have a combination of two or more, and many have equaliser and sound profile apps that can change the signature entirely often resulting in ‘frankensound’.

We like to add a seventh – flat or neutral that neither adds nor subtracts from the native music, but this is rare – if it exists at all! Where possible, we test with the Equaliser (EQ) set to flat.

So, if we say something is warm and sweet, you can count on it for good music.

Most sound devices are naturally mid-centric and use some form of psycho-acoustic trickery via ‘tuning’ the DAC (Digital Analogue Converter) or an EQ to boost specific frequency by several dB. This can add a little bass, mid or treble, but it is not the speaker’s native signature. We often refer to this as ‘synthetic sound’ – it is not bad, but it is not entirely natural. There is an excellent article here that delves into sound signature nuances although it uses slightly different terms.

Speakers range from small 4-6mm earphone transducers to monster cones. But we have yet to find a single speaker that can do it all – reproduce the full range of frequency response. Physics precludes this in loudspeakers, although some headphones and earphones can come closer to this ideal. Some headphones can get great bass because they have an excellent over-the-ear seal – less air to push. And this is because you need a larger speaker to push volumes of air for bass and a smaller, ‘shriller’ speaker for treble. So, in a decent soundbar or hi-fi system, you will have separate speakers (and amps) for bass (sub-woofer), mid, and treble (tweeters).

Then there’s the separate issue of surround sound. Typically

The above cover the usual channels that a sound device can down-mix to. For example, if a 2.0 TV or soundbar claims Dolby Atmos compatibility, it means that it takes the 5/7.1.2/4 native signal and downmixes an approximation to the physical number of amps and speakers. Conversely, DTS:X up mixes (emulates) 1.0 or higher to the speakers capacity.

Most sound sources are better than most human hearing anyway

Definitions: (The higher, the better for all)

MP3 uses a bit rate from 8-320kbps (typically 128kbps or ‘radio quality’) at a sample rate from 8-44.1kHz (generally 22kHz). It allows you to compress large music files to smaller sizes which are lossy (a smaller % sample of the original sound). For example, a typical MP3 produces a file size of 128 kilobits every second (they’re actually larger, thanks to metadata including album covers.)

AAC has a variable bit rate of 8-256kbps (typically 230kbps per channel) and a sample rate of 8-96kHz (almost always 44.1kHz). Widely used by Apple and can be less lossy. But it is only Bluetooth codec that makes uses of psychoacoustic modelling* to transmit data, so it’s a very processing-heavy codec.

DVD and Blu-ray audio are typically 24-bit/96 or 192kHz and cover almost all the original sound information. By comparison, telephone quality is from 200Hz-3.2khz and uses 8 or 12-bit and a 64-96kbps data rate so you can see voice frequency range is quite limited. Depending on your content type, the sound quality and frequency response vary. All tests should be at CD quality to be fair to the device. You can read more and listen to different bit rate clips here.

*Psychoacoustic modelling determines which sound won’t be heard. For example, some sounds within a few milliseconds of louder sounds – even if they come first – won’t be heard. Models are used to determine those; then the encoder abandons them. Conceptually it’s the same for all lossy compression systems: MP3, AAC, WAV and so on. Just some do it better than others.

Then there is the device interface type

Most devices have 3.5mm (cable) audio, RCA, optical Toslink, HDMI, USB, Thunderbolt 3, Bluetooth or Wi-Fi interfaces. 3.5mm (or analogue) audio inputs may make their way in pure analogue format to the speakers, but there’s no guarantee of that. Many devices simply convert analogue to digital for processing, before converting back to analogue for output.

In theory, pure analogue should be the best test of the speaker’s capability, but in practice, digital-to-analogue and analogue-to-digital conversion are so good that it’s largely indistinguishable from pure analogue, if competently performed.

But most music is digital and needs a chip to convert from digital to analogue (called a DAC or digital audio converter). These can vary enormously in quality and low and high filter capabilities.

The difference is that MP3 – and other lossy compression systems – toss out the content that the psychoacoustic models judge to be inaudible. The higher the bitrate for a given codec, typically the better quality.

The bottom line is that you need to test as a cabled device (if possible) to get the native sound signature and then preferably use a high-res BT codec like LDAC and USB 3.0 to get the range of sound signatures.

Now back to where we started – sound signatures

Sorry for the long tome but merely listening to a favourite music track does not cut it – it is plain wrong for all the reasons above. We use a tone generator to see the original signature of the speaker. We measure this via a frequency response meter. There are tone generators for Window, Android, macOS and iOS. Here is a YouTube tester:

BUT, in deference to all reviewers who may have better ears than I,  here are the tracks I always use

Those magnificent trumpets over a deep, bass, backbeat – Just the facts ma’am! I could listen to Blues Brother Jazz all day long.

Next track is the Beach Boys Fun, Fun, Fun

It is a vocal track with electric guitars and synthesiser behind it.

It mixes voice and heavy bass as well as using the complete directional sound stage. Here is a 432kHz version (almost high res).

A sound signature is the best guide to what speakers sound like. If you describe food, you could say salty, sweet, bitter, sour, soft, hard, mushy, like chicken etc. Avoid any reviews that simply talk about their favourite tracks. I hope you can see that its all a science! Sound is a very important category at GadgetGuy so we hope this helps you understand how you can rely on our reviews.