Windows 365 Cloud PC is no longer a blue sky promise 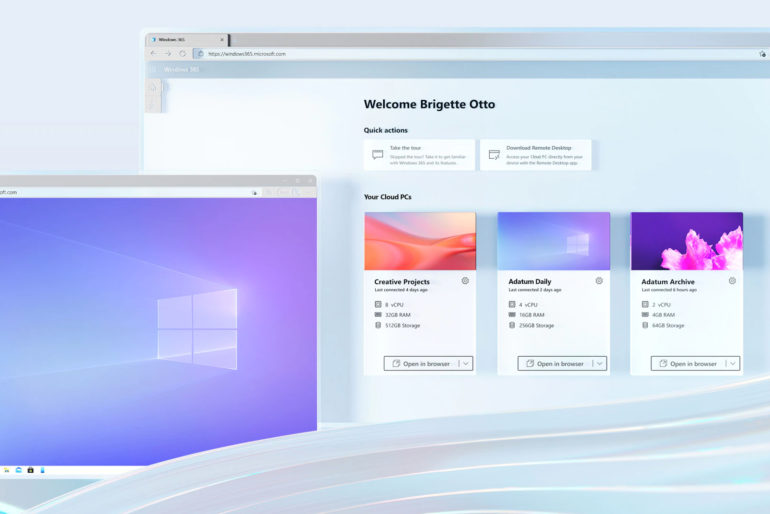 Windows 365 Cloud PC is here, and while it won’t cast a cloud over the forthcoming Windows 11, it portends the future of the always-connected world.

Before we look at Windows 365 Cloud PC, it is timely to remind readers that a cloud simply means that you are using someone else’s computer (well, massive servers) somewhere in the world. All you need is a screen, keyboard, mouse, and enough smarts to access the internet and the cloud.

What you see is a remote desktop that looks like the real thing. Instead of a local drive, you store stuff in the cloud – One Drive. Now stay with me, but that means any Windows PC, Mac, Linux, iPad, iOS or Android device – even some smart TVs and smart monitors like Samsung’s new M-series can access a full-fat Windows 365 Cloud PC environment. The industry has a term for it – thin client – and if you think about it, Google Chrome OS has been doing that for years.

Why does it portend the future? Well, it democratises computing for all in a ‘zero-trust’ environment immune to ransomware, virus, malware, hacks and more. It means no more expensive, powerful laptop or PC. Instead, a far lower cost smart screen, perhaps even rollable and maybe with the fabled neural interface for control – all you need is the internet.

The first thing to remember that it is not compulsory. Windows 365 Cloud PC is an alternative to Windows 10 and 11. What you will find over time, largely as internet access becomes ubiquitous and cheap, is that you will succumb to a range of far lower cost cloud devices that give you the full Windows experience. Eventually, cloud computing – a thin client – will take over everyday computing, except for those that need vast and fast local storage and power – video editors, creators, CAD etc.

And from what I see, even those power users will benefit from Windows 365 Cloud PC running beside their local desktop.

You can read about it in detail here.

Who will it appeal to most in the short term?

Small to mid-size businesses that provide desktops/laptops. It is a pay per-person-per-month subscription service, and it will seamlessly roll into Office 365 and email. Eventually, the far lower cost replacement hardware will be the driver. Hybrid and work from home workers will only need one account – not a licence per device. And these don’t need expensive third-party management.

It also will appeal to enterprise that is already using Microsoft’s Azure-based Windows as a service. The scalability (pay per use) is impressive. And we understand that you can also scale the power you need as well – more processors, more ram etc.

It is coming from 2 August – more here.

Consumers – it will take longer for widespread adoption

The consumer will probably wait a couple of years and look at it when their current PC needs replacement. By then, you will appreciate ‘cloud everything’ and subscription services. Or you can use an ageing Windows 10 device until its last breath.