CES 2017 Commences – and LG starts off the show 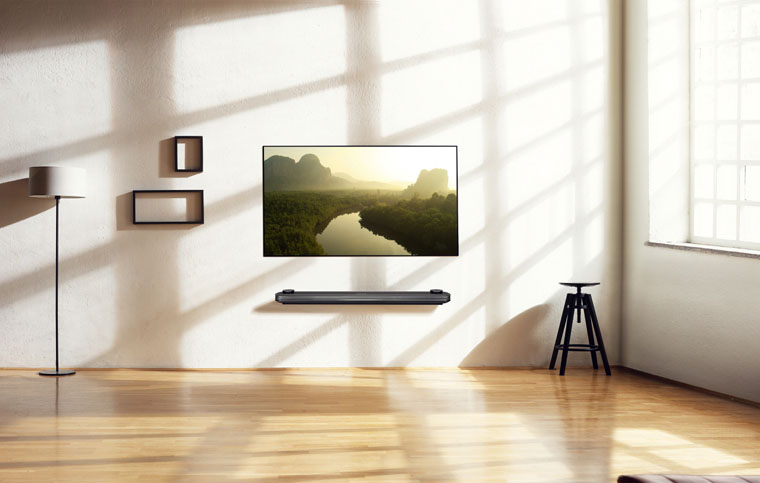 Who’d have thought it. In an enormous barn in Las Vegas, full of the latest and best of gadgets that the finest minds and biggest companies in the world have to offer, a fridge is one of the two things that have seized my imagination.

So far. There’s a long way to go with the Consumer Electronics Show – it’s running from 4 to 7 January this year, Las Vegas time, and I’ll be returning here Monday with a few of my favourite things from the 2017 edition of the CES. Our colleague Valens will be weighing in with hands on impressions and a whole lot of Samsung stuff, while we’ll be talking Sony soon.

Meanwhile, LG Electronics has already had its say, and that’s what I’ll be focusing on right now.

So what’s that about a fridge? For years LG in particular has been prodding the market with various forms of smart fridges. They’re connected to the Internet. They have a screen. They can count calories and suggest recipes. Blah, blah, blah. I’ve sniffed at those contrivances, and considered them to be marketing devices rather than anything at all useful.

Until now. The LG “Instaview” fridge looks like it is putting those smarts to use. First, it features a real operating system: the same webOS found in LG’s smart TVs. Second, the computing power is put to work on useful stuff, like monitoring how long since the door has been opened and putting the fridge into low energy mode if appropriate. Third, the 29 inch portrait mode touch sensitive LCD display doubles as a window into the fridge’s interior, so you can peer inside without opening the door, and therefore without wasting energy.

And, finally, the fridge incorporates Amazon Alexa, the popular voice interaction system available in the US as a standalone system. When you’re interacting with a fridge, tapping away on a keyboard or even touch screen is not what you want. Talking. That’s the only way to really communicate with a fridge!

This is of course part of what has come to be known as the Internet of Things. Dr Skott Ahn, President and Chief Technology Officer of LG Electronics, emphasised this direction at the company’s big presser at CES, speaking of LG’s automatic lawn mower and even an “Airport Guide Rover”.

In fact, LG announced “Starting this year, all of our home appliances will feature advanced WiFi connectivity.” That’s a bold move! And that really is the Internet of Things.

So it’s not just the smart fridge. It promises to use LG DeepThinQ technology to enable appliances to “learn” about their environments and their owners’ needs. For example, smart washing machines detect the hardness of the water being used and adjust their settings appropriately. And then there are those robots, including a compact interface robot (the LG Hub Robot) for controlling everything.

Self Driving Vehicle technology is hot at the moment, and LG is of course involved in that, producing components for both car-to-car and human to car interaction. For some reason it highlighted that the former involves the car spying on you to make sure you’re awake.

We can’t miss out on LG TVs. It turns out that LG has been working with Technicolor to enhance the colour abilities of TVs, and has come up with a new technology to achieve this in its LCD panels. It is using Nano Cell technology in the panels of its Super UHD TVs (that’s the premium LCD/LED line up). Apparently these dots can absorb unwanted light frequencies, and thereby enhance the colours that you do actually want. They are promised to deliver – actually display on their screens – more than a billion colours. In other words, they’ll deliver the great majority of the colours encoded in the new ten bit picture formats. Promised are more than ninety per cent of the colours defined in the DCI (Digital Cinema Initiative) standard.

That enough? Not yet. In addition to High Dynamic Range and Dolby Vision, LG is promising to bring support for two new techniques for stretching the brightness range: HLG (which stands for Hybrid Log-Gamma – the name of a transfer function developed by BBC and NHK) and a new Technicolour system. It has also developed a HDR “effect” for turning regular content into something approaching HDR, and is including a “Technicolor Expert Mode” for picture settings.

And, all 2017 OLED TVs have had their peak brightness levels increased by 25%. LG also announced – at last! – the introduction of an UltraHD Blu-ray player. One that will support the enhanced HDR provided by Dolby Vision.

Which brings us to the “hero” product of the launch, and the other thing I find really exciting. That’s the LG OLED W7 Signature TV.

We know OLED TVs can be made very thin since they don’t need backlights. This one takes it to an extreme by the simple expedient of offloading all the electronics and connections (well, there must be at least one cable, but it was hidden at the launch) to an external box.

So on the 65 inch model, the panel is just 2.57mm thick. A tenth of an inch as the presenter said. A special magnetic wall mount bracket has been developed so that instead of hanging out from the wall, the panel is placed hard up against it. The front of the panel is apparently just 4mm away from the wall. In effect it looks like a window or wallpaper on the wall, rather than a separate TV.

It seems that the electronics are packed into a Dolby Atmos-capable soundbar that attaches to the wall underneath the TV.

I’d guess that this is likely to be a very expensive premium product for the time being, but who knows what might trickle down to the lesser models over time.

I’m excited because I’ve long been looking forward to the concept of “active wallpaper”, first proposed so far as I can tell by science fiction author and mathematician Vernor Vinge. That’d be where entire walls consist of display technology – OLED would seem to be a good candidate – and any section can be used at any time for display, from patterns, to outdoor scenes, to the news to movies.

I guess that’s still a long way off. But, you know, of the big consumer electronics companies, it’s looking a lot like LG is presently the most innovative, and prolific in the development of new technology.