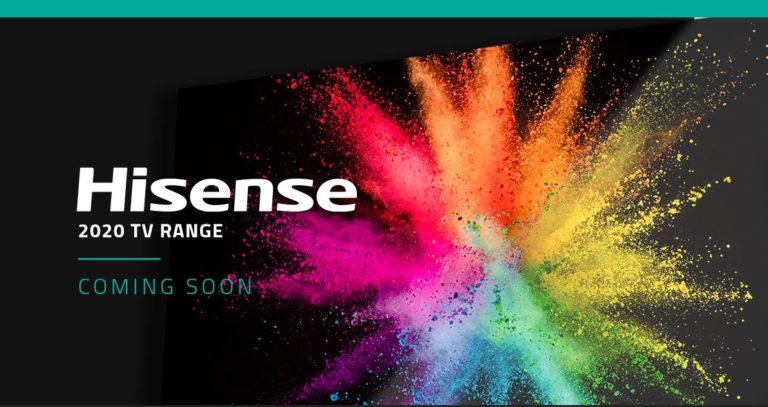 Hisense Australia is tight-lipped about the Hisense 2020 TV range. Probably because Australia tends to get different models to the rest of the world.

But we started digging (at several reader’s request) for hints on the Hisense 2020 TV range as we have revealed previews of Samsung 2020, LG 2020 and Sony 2020 and we did not want to leave out the challenger brand.

So with the caveat that this is speculation, here is what we believe the Hisense 2020 TV range for Australia will be when launched in a couple of months.

A bit of background

TV sizes ranged from 32 to 85″. It was a kind of average, good, better, best scenario. The panels used in all series are decent. They offer a sharp image, decent black, and good colour balance. What they lack (in the lower series) is the peak brightness for decent HDR – but free to air TV, and most content does not use that anyway.

We were a bit disappointed that it did not bring its R9-series to Australia – its P9 2018 TVs had superb panels.

The fact that most models are on run-out pricing indicates new models are coming soon. PS – with the Aussie dollar tanked and the massive increase in freight costs I would be buying a 2019 model now!

Perhaps the most frequent question we had in 2019 was “Is Hisense as good as LG, Samsung and Sony”, and because of the extensive range, we could only compare specs. We also reviewed the R7, R8 and X OLED.

The bottom line is that Samsung, Sony and LG have more experience and are technically better and more expensive products. But Hisense is a fast learner.

As a challenger value brand, it should be a few hundred dollars cheaper than other brands comparable models. And it has to watch out as TCL also is trying for market dominance here.

Hisense (website here) is fast developing the technology that has made it the world’s third-largest TV maker (its claim). GadgetGuy’s take it is that it is quite safe to buy Hisense!

Hisense will drop OLED entirely to focus on Dual Cell ULED XD. No, it is not OLED, but a 4K Quantum Dot panel sandwiched together with a mono 1080p panel. In effect, it will have more than two million dimming zones, be comparable to other brands OLED prices and have superior brightness for a large Aussie lounge room. We suspect this may launch in H2, 2020.

You need a huge amount of processing power for 8K and upscaling, and the new Hi-View Engine uses Artificial Intelligence (AI) and its VIDAA 4.0 OS to recognise and improve low-resolution images.

Standard with Dolby Vision and Atmos. It will have full-array backlighting (FALD). Hisense is now at Gen 2 Quantum Dot and expectations are that is is on par with Samsung’s Gen 2 offerings.

This will be the top of 4K range and share a lot of the Series 9 features. We expect it will have a similar FALD panel.

It will revert to Edgelit with local array dimming.

Now if I were Hisense, I would not be overly concerned with the lower series 6, 5, and 4, although that is where the volume sales are. As long as they are price/value competitive, they will sell. Other bands will flood that segment to win market share.

Mini-LED could be the game-changer

We know that Hisense is working on mini LED technology and held off announcing it at CES2020.

Instead of using edge-lit or full-array backlit technology (FALD), mini LEDs are sandwiched behind the ULED/LCD panel to direct light very much smaller groups of pixels. Don’t confuse it with micro-LED that tries to emulate the self-emitting OLED pixel.

Let’s just say that it should produce 4K and 8K TVs with several thousand dimming zones for even better Dolby Vision.

GadgetGuy’s take – Hisense 2020 TV range will be technically better and more than a match for equivalent brands/models. Let hope it is better value too.

From what we have seen Hisense is rapidly catching up in the technology, finish and ‘polish’ offered by TV veterans Samsung, LG and Sony. And with Panasonic having withdrawn from the Australian market you can bet it wants that slice of the pie.

Remember that this is all speculation and we won’t know for a month or two what the reality is.