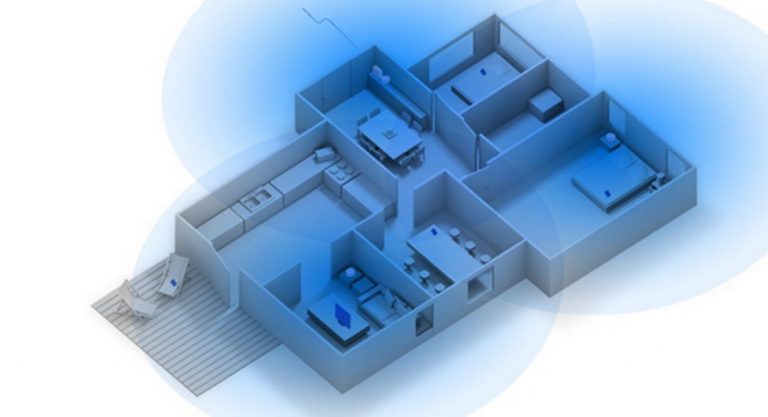 In the beginning, there was a router, and the strongest routers ruled. But the little routers revolted and, in a Lilliputian-like effort, toppled, or at least made a dent in the big guy’s supremacy. Enter Mesh, and you need to read this before you buy any router.

Mesh means some smaller capacity Wi-Fi-or-Ethernet-connected extenders to cover a home with a single sign-on (SSID) for seamless roaming and to reduce black spot coverage.

This guide seeks to show both the strengths and weaknesses of Mesh Wi-Fi and when to use it.

A router connects to the internet and shares its download and upload bandwidth via cable (Ethernet) or wireless (Wi-Fi) with devices connected to it.

The router can also share network-attached storage (NAS) or streaming audio or video from a media server. Here you want the maximum internal network access speed regardless of the internet speed.

Now I need to get techy for a bit.

The majority of Wi-Fi devices like laptops, smartphones, games consoles and IoT are Wi-Fi N or later. These connect to the routers 2.4Ghz or 5Ghz channels. So if you have an N 2.4Ghz device the maximum it will connect at is 433Mbps. An AX 6E device can connect at up to 3600Mbps. Wi-Fi standards include:

Wi-Fi 6 AX is full-duplex. It means that it can achieve the same upload and download speeds and uses other tools to reduce any loss of capacity with multiple devices.

Ethernet is full-duplex – 1000Mbps up and down simultaneously.

Here is a list of current AC router speeds

All you need to know is that one of the current most powerful AC tri-band routers is an AC5300, MU-MIMO D-Link DIR-895L or its modem/router version the Cobra. Let’s call them the V8 supercar approach, and they are great in straight lines and up hills (raw grunt).

Here is a list of current AX router speeds

Interestingly AX uses the same bands as AC but it has tools like MU-MIMO, 1024-QAM, OFDMA and more to get more bandwidth out of them.

A router is placed where it can connect to the internet point (ADSL or NBN). Mostly this is not well placed to cover the typical Australian home or apartment. The best placement for a router is equidistant from all the devices that connect to it. Mesh Wi-Fi can be an answer, but there is no substitute for correct router placement in the first place!

A Mesh Wi-Fi network comprises a smaller ‘master’ router and one or more ‘slave’ nodes that talk to each other. Let’s call this the Electric Vehicle approach, where four smaller individual electric motors power the four wheels and talk to each other to get maximum speed (‘distributed routing’).

The Mesh theory is that the master transmits a signal. The slave re-transmits to client devices. What happens if the signal is weak to start with? Slaves cannot ‘amplify’ a signal.

Well, it gets worse! If you have multiple home levels the only way Mesh can work is if the master has line-of-sight visibility to all slaves and transmission distances are kept to no more than 10 metres if you want a 5GHz signal. The diagram below – well it is marketing hype and does not work! And read on because not all Mesh is equal!

Companies including D-Link, NETGEAR, Linksys, Google and many more have whole-of-home mesh options.

But all mesh is not the same. What you need is a combination of three factors. Area coverage, number of devices, and speed. There are two main types:

Think of it as a two-lane highway. It transmits the 2.4 and 5Ghz signals between master and slave. Being half-duplex the slave can only talk to the master or a client device if nothing else is happening. That is fine for light traffic but gets bogged down with lots of traffic when a large semi-trailer (video streaming, for example, hogs lanes.

Each slave router can re-transmit transmit a 2.4Ghz/5Ghz signal to a Wi-Fi device but by the time it gets to the two-lane highway, it is congested and traffic slows to a crawl.

Google AC Wi-Fi is a half-duplex dual-lane device with no dedicated backhaul. Wi-Fi AX dual-band is full-duplex – not perfect but much better.

GadgetGuy’s advice – forget any dual-band AC Mesh unless you have very light duties!

That master router divides signals into three bands – 2.4Ghz and 2 x 5Ghz. It uses one 5GHz band as a dedicated backhaul (to connect to its nodes). Here you have the same two lanes dedicated to traffic and a third going the other way. Wi-Fi AC is half-duplex so don’t expect miracles. Wi-Fi AX is full-duplex and there are a few miracles there.

One of the better Tri-band mesh is NETGEAR’s Orbi. Its slaves retransmit 2.4GHz and 5GHz to devices and have a dedicated 5GHz band to back-haul to the router or other nodes. They also have a WAN port to connect the slave to the master.

Nodes are placed around the home. In perfect conditions, each node covers a circular area of 10-12 metres.

So as long as the slaves can get a good signal to retransmit ( maximum 10 meters to the master router) this will work OK.

Other options to Mesh Wi-Fi

Many router makers have adopted single sign-on for their access point/extenders, so Mesh is not the only way to get that.

If you can’t use Mesh then you can do two things:

The best way to extend the home network is to use hardwired Ethernet cables that run from the router to an access point. These offer 1000Mbps full-duplex (both ways at the same time). BTW – some Mesh routers like the Synology and some Orbi’s can use wired Ethernet for the backhaul channel – that makes this type of Mesh more effective.

Most electricians can install wired CAT-6 Ethernet and depending on complexity prices start around $150 per point. Wired Ethernet provides a guaranteed, no latency, always on, of at least 1,000Mb/s from the device to the router. Over time that 1Gb/s may reach 10, 40 or 100 Gb/s  using the same cable.

I am also a big fan of Ethernet over Power  (Powerline) devices that simply plug into a powerpoint near the router and can transmit up to 2000Mb/s using AV2 MIMO to up to 16 other Powerline adaptors (that share the 2000Mb/s) elsewhere in the house. A pair of 2000Mbps costs $249.95. Then an access point plugs into the 1000Mbps port to retransmit the router signal.

Ethernet-over-wire is the best option as it is a guaranteed 1000Mb/s, no-latency, connection from the device (laptop or access point) to the router.

Ethernet-over-power is the next best option that can give up to 1000Mb/s, full-duplex, minor latency, connection and it is extremely easy to plug-and-play.

Mesh can work if you can achieve the right node placement, e.g. if you can physically see the main router (e.g. down a hallway or stairwell). If not, it can be a disaster.

Bottom line: For every Mesh network that works too many don’t.