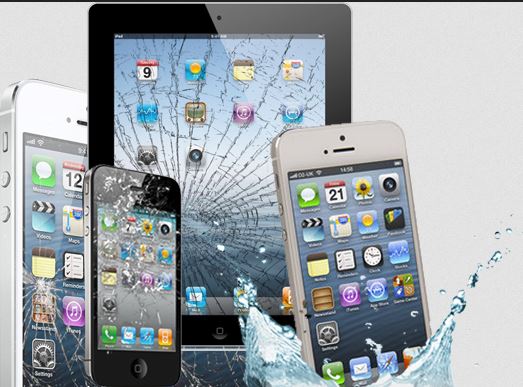 One of our regular readers asked that we look into the pitfalls of smartphone repairs. To which I responded tell me more of what you want to know?

The question basically came down to are third-party smartphone repairers safe? The answer is “How long is a piece of string?” So begins a ‘discussion’ on the pitfalls of smartphone repairs that raises some of the issues you should be aware of.

Smartphone repairs are almost an oxymoron these days

Certain manufacturers (Apple we are looking at you) seem hell-bent on keeping the lucrative repair business in-house or to approved repairers. Whether it’s the infamous #error53, iOS slowing down older phones, or now #batterygate Apple is protecting its walled garden.

But Apple’s take is equally valid. “We design them, we know how best to fix them, and we only use genuine parts that won’t cause issues.”

Warranty – ACL takes care of that

Fact is that any smartphone brand selling in Australia via Telcos or legitimate retailers must provide reasonable access to its own support facilities or contract to a reputable network of repairers.

Some brands offer extended ‘care’ insurance like Apple Care+. Here it is strictly Russian Roulette – will I break a screen or not? Apple makes a fortune capitalising on fear and uncertainty and playing the law of averages that revenue exeeds claims.

Or some retailers offer so-called extended warranties that are not worth the paper they are written on. Australian Consumer Law (ACL) covers warranty rights, especially for higher-value smartphones, and manufacturer warranties are a supplement not a replacement for it.

Under ALC  goods must be “fit for purpose” for normal usage and meet the promises made in marketing and promotional material. There’s no time limit, but these guarantees only apply for “the amount of time that is reasonable to expect, given the cost and quality of the item” (source: ACCC Warranties and refunds guide).

What are third-party repairs?

Third-party repairers are, by and large, denied genuine parts, repair manuals and diagnostic software, having to use freely available second-hand or non-genuine parts and their own know-how.

GadgetGuy asked several mall ‘kiosks’ if they use genuine parts, and the answer was a unanimous NO. Further, we asked about repair staff training and qualifications the answer was ‘on the job’ and ‘have a valid visa’.

While all have fancy printed signs with manufacturer’s logos – none are accredited. We won’t be using these mall repairers.

GadgetGuy regularly publishes information from our friends and iFixit.

Its CEO, Kyle Wiens, says the Apple iPhone is the most frequently searched device primarily for consumers seeking battery or screen replacement.

“That’s because everybody values the device. Nobody throws away an iPhone because the battery is worn out. But Apple leaves such a gaping void in the market. They don’t sell batteries; they sell expensive Apple Care+ Insurance, so people turn to other lower-cost channels.

The bottom line is that Apple has little interest in extending the life of its devices – it would rather sell a new one. Its products remain throw-away items. Recyclers and refurbishers are the ones making money on old metal. But here is the rub – a four+-year-old Apple will need an expensive battery replacement, so it’s not worth a cent!

Right to Repair should be a fundamental right

Kyle says Apple didn’t invent planned obsolescence but nor has it embraced the “Right to Repair’. For instance, at the bottom of the iPhone are two proprietary screws that Apple won’t sell you the screwdrivers for. So Kyle made his own (and now sells them).

Kyle believes consumers should have the right to repair their products, “If you can’t fix it, you don’t really own it,” he says.

Some of the common repairs include

Warning: All repairs require the smartphone to be opened using heat, suction and pressure on the screen and/or the back cover. And, once repaired, hot-melt glue is used to put it back together. Invariably this will impact on any IP rating. Manufacturers have special jigs to do this as carefully as possible.

Lithium-ion batteries have 200-500 recharge cycles (depending on quality/cost). If you use your battery every day, then its ability to hold a charge would go in a year or so.

In the iOS iPhone/iPad world, the free Coconutbattery app (you now need to run it on macOS device) will reveal a connected iPhone battery health and cycle count. Remember, the cycle count needs to be as low as possible.

In Apple’s ‘genuine’ world batteries range from $75 to $105 plus fitting. Only approved Apple repairers have the proprietary smarts to reset the internal chip that monitors the battery (iFixit article here) – other repairers do not.

Kyle says, said. “Batteries have a limited life, just like the tyres on your car. If a car manufacturer tried to sell a car with tyres you can’t replace everybody would laugh at them, but that’s exactly what happens with cell phones and laptops these days.”

In the Android world, the free Accubattery also shows percentage battery health. For example, my almost one-year-old Samsung Note9 is currently at 90% battery health, so its 4000mAh capacity is now closer to 3600mAh. I use Qi charging most of the time that is kinder than USB charging.

Android phone batteries have no ‘chip’ so you can buy genuine or third-party batteries. For example, the Galaxy S10 genuine battery replacement costs $190, but you can get third-party with the same voltage and amperage ones from $50. Are they as good? Probably not but if you get a couple more years out of the phone then great.

Third-party (a.k.a. shopping mall) repairers quote around $200 using non-genuine screens and parts. One kiosk said they could obtain genuine parts for an extra $100 (they could not but how would you knw?)

Third-party repairers – how do you know they are any good?

But there are a few signs that should ring alarm bells. For example, Huawei outsources its repairs to Happytel. You would think that legitimises the repairer, but this news article seems to indicate otherwise – Huawei Service Shocker Exposed, Questionable Partner citing independent website Trust Pilot that 72% of people had a bad experience and staff were being recruited from Korea as long as they had six-month working visas.

So, the pedigree of the repairer, whether it’s an established workshop or a mall aisle pop-up may be a good indicator. And check the internet for the shop name and see if there have been issues.

Looking at the prices charged by most third-party repairers for screen and battery replacements I would he buying an OPPO Reno Z at $499, or an Alcatel 3 2019 for $279. Because spending $200-400 on dodgy third-party repairs won’t give you the new warranty, new battery or features these two alternatives do.

This article supports the ‘Right to Repair’ as long as it is backed by standards to weed out dodgy smartphone repairs.